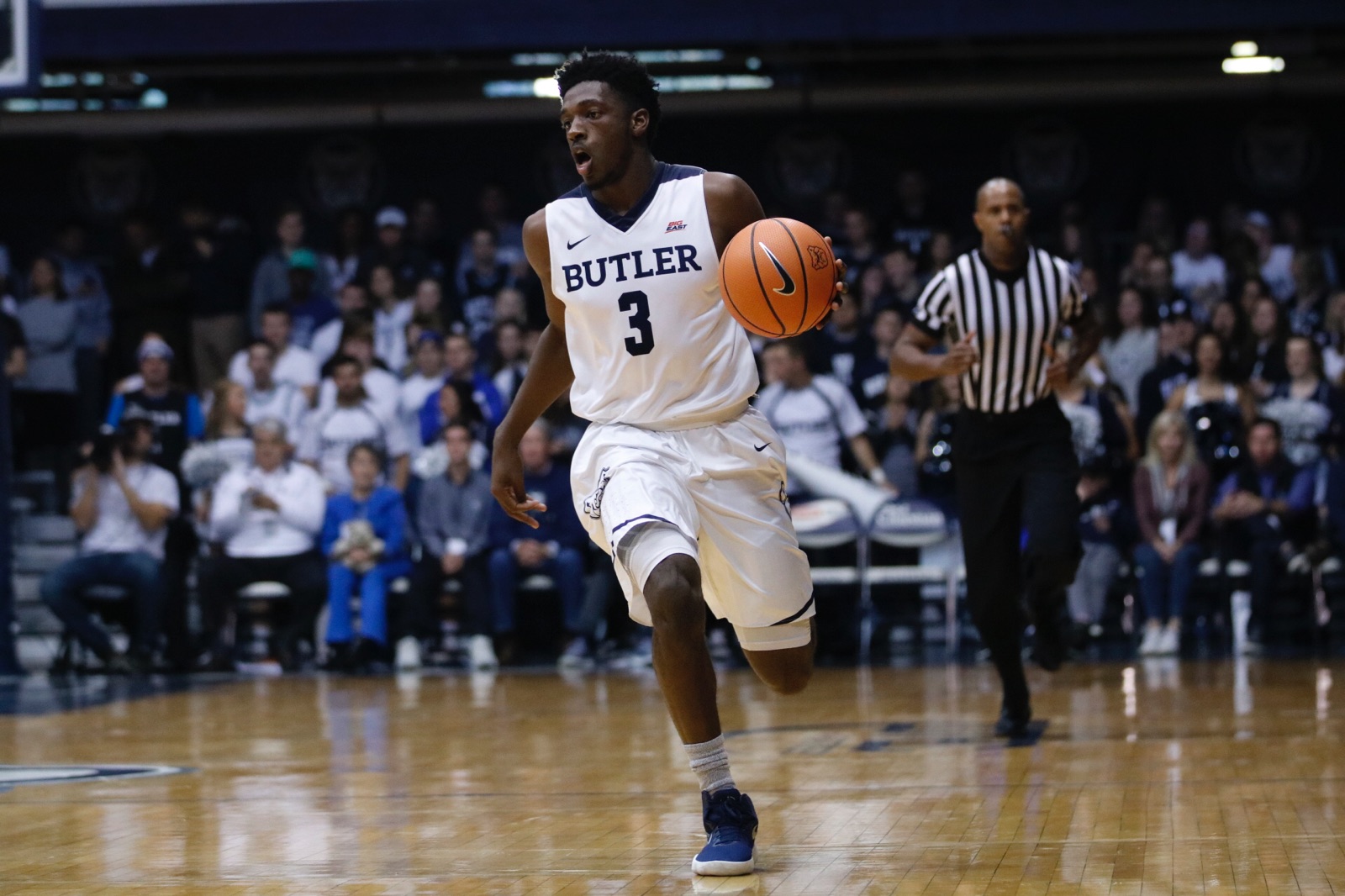 Sophomore point guard Kamar Baldwin brings the ball up the court with the Dawg Pound cheering him on. Photo by Jimmy Lafakis.

The Butler University mens basketball team hit the court for the first time this season under new head coach LaVall Jordan. Butler fans and students were hyped for the opening of the season. And, as usual, Trip might have stolen the show.

This is good news:

Butler currently on pace to win every single game this season

Anyone else giddy af rn? pic.twitter.com/GjAfKrUDCz

This guy stood out today ?

The rush that went through my body every run out is unexplainable!! Butler Basketball is back!! Best of luck this season fellas! #GoDawgs ?? https://t.co/k5FY0TFHNK

I’ve felt for the last three weeks this season could end up being a special one for the #Butler Bulldogs. About 70 minutes to tip. #BigEast

Strong @BUDawgPound turnout for the exhibition…and they have taken a liking to Campbell Donovan. Will be a four-year favorite. pic.twitter.com/oUHCoJ5c3g

the day we’ve been waiting for since March 24; GAMEDAY??

Coach Jordan: “That was fun to be back in Hinkle Fieldhouse.”

Henry Baddley just had the most athletic dunk I’ve seen in Hinkle in years.

Butler did what they were suppose to do in an exhibition game!! #Butler #GoDawgs https://t.co/Qd9u7CMOGZ

Happy that @ButlerMBB is winning, but still waiting on @LaVall_Jordan to do the “R U a Bulldog” chant. #basketballsback #butler

Trip came to the game in his many costumes, and Twitter fell in love as expected.

My canine homie Trip is unfadeable so please don’t try to fade him. #GoDawgs

Almost forgot about the presidential dawg. Vote for Trip. pic.twitter.com/rcl4j1sXSk

Official like a referee with a whistle. Ruferee out here. pic.twitter.com/7B5EIVUtC7