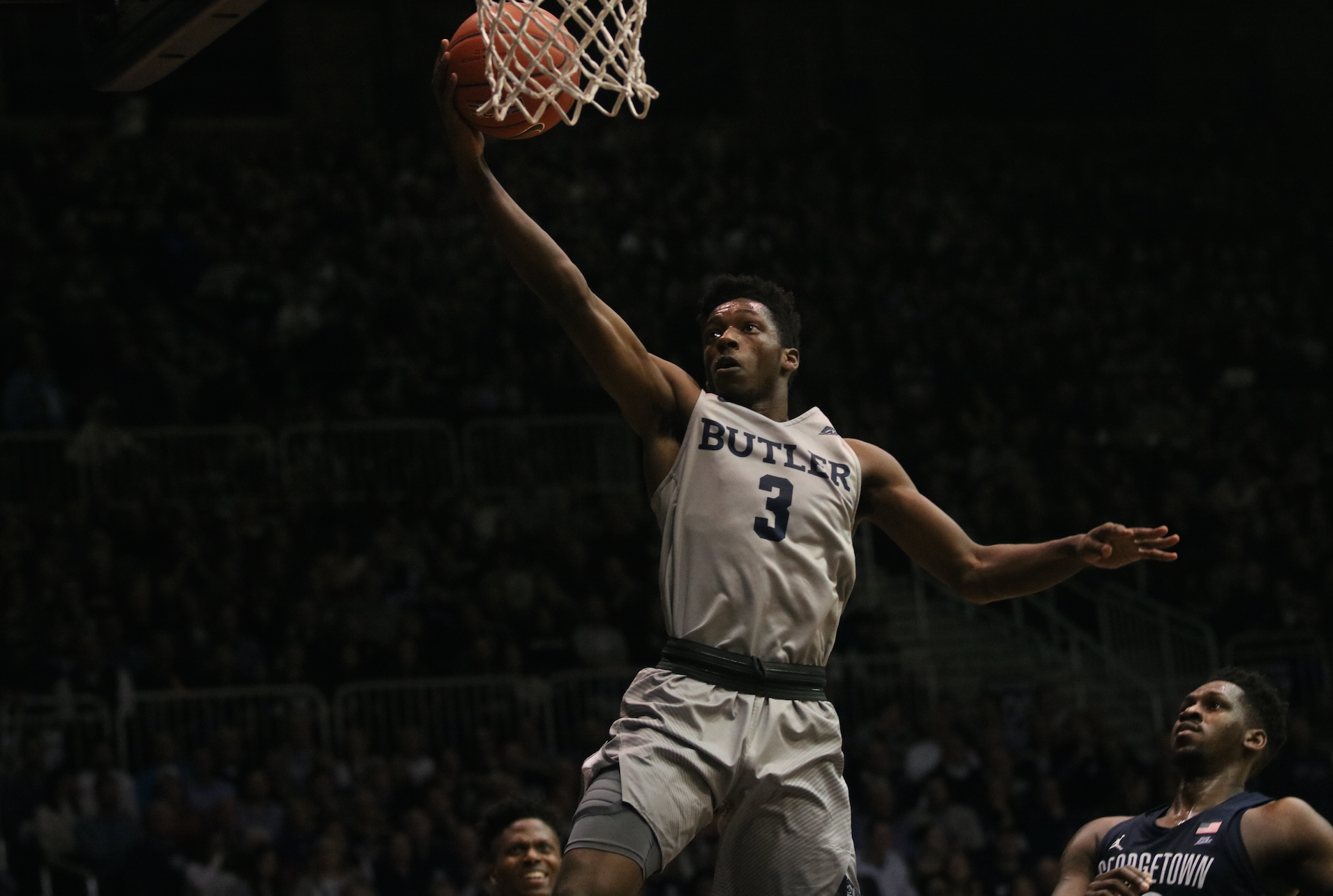 With the loss of key players, a new head coach and low preseason projections, there’s undoubtedly plenty of questions surrounding the Butler University men’s basketball team this season. Here’s a look at five key questions the team needs to answer this season:

Headed into last season, the Bulldogs were picked by Big East coaches to finish sixth in the conference. The team went on to post a 12-6 record in conference play, finishing second behind Villanova in a season which saw the team make the NCAA tournament for the third consecutive year and advance to the Sweet 16. The team will have to overcome the odds once again this season, as the coaches picked Butler to finish eighth in the Big East. Outperforming preseason rankings is nothing new for this team, and after losing six seniors and gaining a new coaching staff, the Bulldogs will have to prove they can do it again this season.

2) How will things play out at the point?

After redshirt seniors Kethan Savage and Tyler Lewis handled the position last season, the Bulldogs will have to look in a different direction this year. Transfer Paul Jorgensen, a point guard during his time at George Washington, would appear to be a logical candidate to see time at the there, along with freshman Aaron Thompson. It appears that Head Coach LaVall Jordan is planning to turn primarily to sophomore Kamar Baldwin, who’s working to learn the position. Jordan, who was known for developing guards during his time at Michigan, said recently he’s confident about Baldwin’s ability to take to the position. How Baldwin adapts to the point will undoubtedly be key for the team.

3) Who will be this season’s breakout player?

It seems like every year there’s a player who comes out of nowhere to exceed expectations placed on him. Last season it was Baldwin, who averaged 10.1 points per game, quickly gained a reputation as one of the conference’s best defenders, and was a unanimous selection to the Big East All-Freshman team. With the loss of six seniors, the team will need younger players to step up this season. Only time will tell who will take the next step this season (Sean McDermott and Henry Baddley are two strong possibilities), but the team will certainly need more production out of younger players than in recent years.

4) What leaders will emerge?

Following the losses of Savage, Lewis, Andrew Chrabascz and Avery Woodson, the door is wide open for players to move up into leadership roles. Kelan Martin and Tyler Wideman are primed to be the senior leaders. However, they are not known to be particularly vocal. They don’t necessarily have to be, as leading by example can be just as effective. Nonetheless, the question remains — who will step up for the team in a leadership role.

5) Will the team add to a nonexistent 2018 recruiting class?

One of the bigger storylines surrounding this team has been the unusual lack of any commitments for the 2018 recruiting class. While that’s been a bit surprising, it was expected to be a challenging summer for recruiting for the team, with Jordan not being introduced as head coach until mid-June following Chris Holtmann’s departure for Ohio State. Since Jordan’s hiring, a number of Butler’s top targets have committed to other teams. With the mid-November signing period quickly approaching, the Bulldogs may not add a recruit until the spring. While that would be far from disastrous, it would certainly be something to monitor for Jordan’s team moving forward.