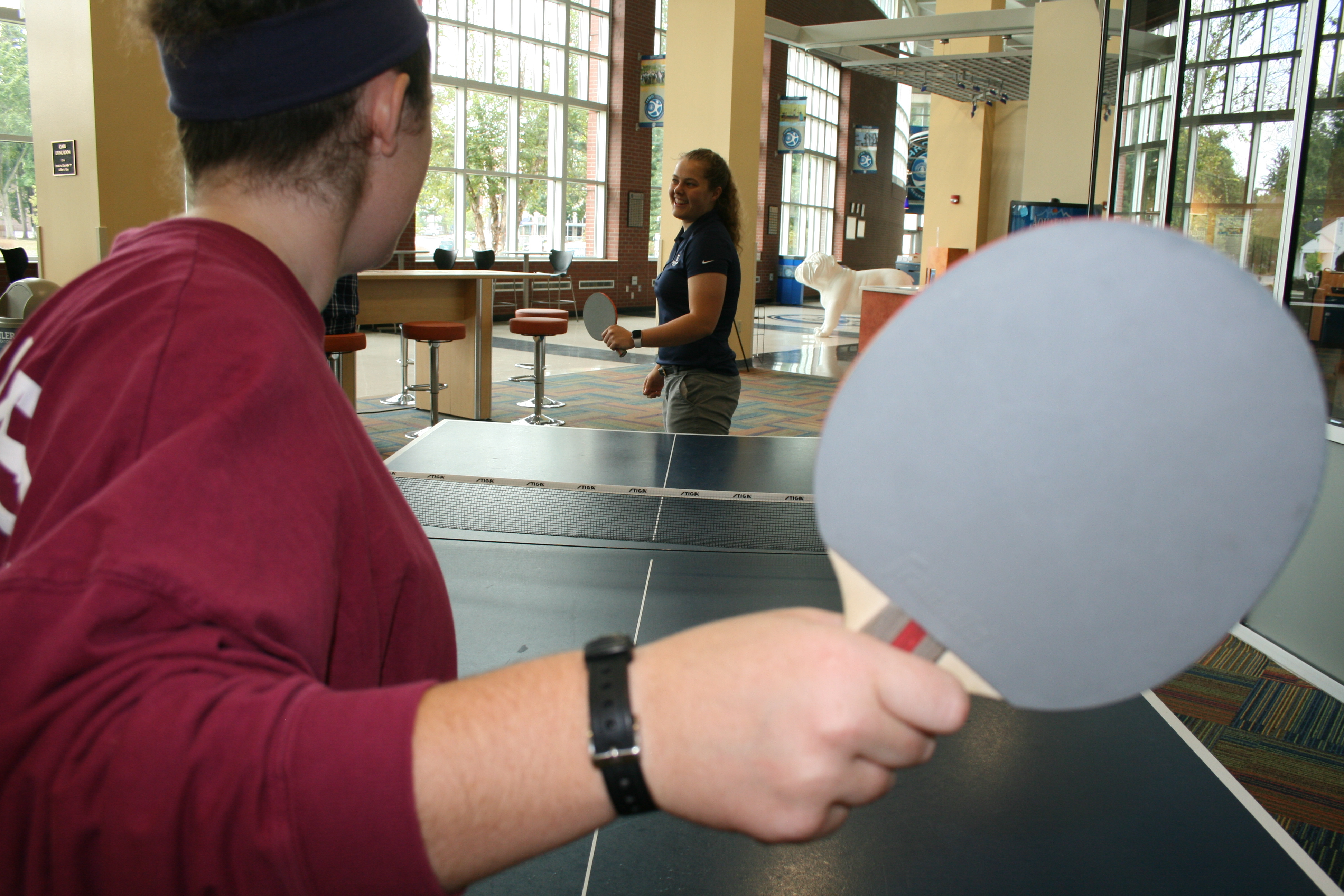 College can be a very eventful, vibrant, eye-opening experience for anyone. It can also feel like a four-year-long marathon of stress, long nights staying up studying, followed by long days in bed watching Netflix. While all of those are inevitable, I learned quickly during my first year that getting involved on campus is an absolute necessity. You may have heard a thousand times before coming to Butler, but it cannot be understated how important it is to be actively involved on campus. Otherwise, your four years will feel like a drag.

Luckily, there are hundreds of opportunities to get involved in the Butler community. Some of which even help strengthen the academic and social aspect of being a college student.

This year, there are more than 40 different intramural opportunities for students. Butler invites students to make teams for various sports that range from basketball to euchre. Some sports offer a co-rec league, as well as individual events like table tennis.

All events can be found on the intramural sports page on Butler’s website, where the link to sign up for each event is also available.

One of the many job opportunities campus has to offer is serving as the officials for those previously discussed intramural sports.  This position pays and can connect students closer to others on a weekly basis via the competitions, staff training and meeting new students that are coworkers.

Sophomore business major Phil Faso worked as an intramural official as a first year and enjoyed the community that came with the job.

“It was pretty fun and it was nice to get paid,” Faso said. “My coworkers were really funny and I enjoyed meeting and getting to know all of the officials and players throughout the year.”

Signing up can also be done online at Butler’s recreation employment page, where you can also apply for other jobs at the HRC, which leads me to my next opportunity:

Looking back, I believe having a job during my first year of school was one of the best decisions I made.  While it is nice to earn money during the year, the friends I made while working as a lifeguard always kept work from feeling like a burden on my schedule.

There are jobs available beyond the HRC as well.  Metro Diner and Scotty’s Dawghouse have several student employees, as well as the Butler Bookstore and Irwin Library.

Join (or start) an organization

Butler has more than 150 clubs and organizations that, per Butler’s website, 94 percent of students get involved in while they are not in class.  While it is not uncommon for a student to join a club or organization, there is a much smaller number students that have gone out and started their very own club or organization.

Johnson founded the South Asian Student Association because she felt there was a lack of diversity on campus.

“I remember as a first year student it was quite lonely at times never having anything or anyone that understood where I came from or what my values were,” Johnson said.

“You never know what experience is really going to change your life,” Johnson said.  “SASA has surely changed my experience here on the Butler University campus for the better.”

Johnson advises first years who are not involved on campus to not shy away from new opportunities or let the time commitment make your decision for you on whether you will get involved or not.

“What we all realize the more and more we get involved is that our involvement has an impact on how we view our Butler experience,” she said.  “The more involved you get, the more of an impact you leave on this school and this school leaves on you.”

Butler has more than 20 service organizations that are centered around giving back to beyond the Butler community.  One of those organizations is Best Buddies, which sophomore communication sciences and disorders major Grace Anderson joined during her first year.

Anderson said she joined the organization because she knew it was an important one.  She said Best Buddies has not only offered her experience in working with kids with disabilities, but also has given her a friend who she has learned new values from and with whom she has made memories.

“The buddies have taught me so much about friendship,” Anderson said.  “I have learned how to be patient and do things their way.  My buddy, Kelsey, is awesome. We get ice cream, hangout on campus and even went to a Jesse McCartney concert together.”

Anderson said she recommends Best Buddies because it is a rewarding experience, not just for you, but also the buddies.

“It is crazy how much of an impact you can make on someone’s life when you open yourself up to them and accept them for who they are and they do the same to you.”

While the year is still young and students are still getting into the rhythm of things, it is important to remember that it is never too early, nor is it too late to get involved when you are a Butler Bulldog. Try out things you think you would like, but do not shy away from opportunities you are unsure about.  There is no wrong choice when it comes to being an active Bulldog.