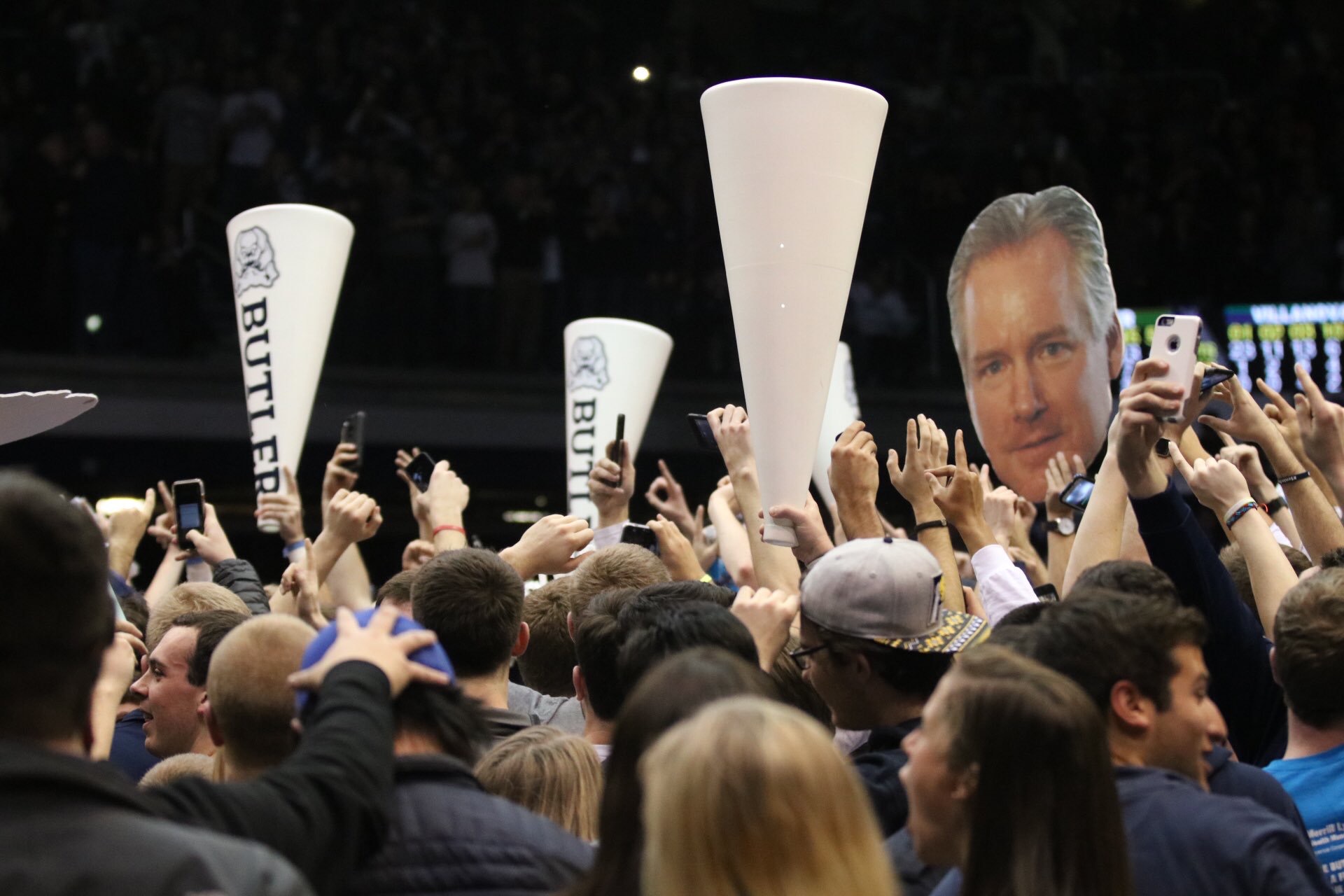 Closure is the final step of acceptance after a breakup. Every relationship, if and when it ends, needs some form of closure before both parties can part ways.

Where then, do Butler fans find peace after the departure of men’s head basketball coach Chris Holtmann?

The search for a new head coach was efficient — it took four days to appoint former Butler guard LaVall Jordan as Holtmann’s replacement. Still, the lack of closure persists. The first time fans see Jordan on the sidelines of Hinkle will also be the first without Holtmann since joining Butler in 2013.

All the relationship cliches about breakups stay true to college basketball: how to get over someone, the stages of moving on, letting go. For all intents and purposes, Butler was in a committed relationship with Holtmann. After three consecutive NCAA Tournament appearances, we were in it for the long haul.

Fans want it all — the wins and every quintessential Butler basketball experience in between. It’s squeezing shoulder to shoulder in Dawg Pound and the smell of concession stand popcorn that lingers in clothes after. It’s pride “beneath the Hoosier sky” and holding onto the notes of Butler’s warsong hours later.

After a disappointing year under .500 with Brandon Miller at the helm, Holtmann brought it all back, the pinnacle moment defined by a win over No. 1 Villanova in January. Sometime between being named interim head coach in 2014 and this last season, he became our guy. On paper, he was our guy through 2025.

Now, the walls of Hinkle provide no answer. It seems those bricks were never meant to keep its coaches in.

Tony Hinkle’s presence on campus for nearly half a century by no means set a precedent for recent years. Since 2000, the basketball program has seen five head coaches, bookended by former Ohio State coach Thad Matta and Holtmann.

Coincidentally, Matta was on a college tour of Butler with his daughter the same day Holtmann left for Ohio State. On Twitter, Butler fans thrived on the irony. But the laughter was forced and the punchline wasn’t all that funny. Our guy was gone, and Matta was a reminder that he once left too.

The average tenure among the school’s latest coaches is less than a four-year player. For every Roosevelt Jones, Kellen Dunham and Andrew Chrabascz who graduates, there’s a coach somewhere in that mix.

Yes, maybe it’s getting harder to pull coaches away from Butler. It seems to be trending that way, according to Indy Star columnist Gregg Doyel. It’s true —  Brad Stevens’ calling to the Boston Celtics was an upgrade. His predecessor Todd Lickliter left for Iowa, and before Lickliter, Matta was packing for Xavier.

But it’s also true that bargaining is the third step in the stages of grief, right after denial and anger. It’s hard to gage anger in this case. If it surfaces, it’s in small bursts. But mostly, emotions circle back to why Holtmann left, which inevitably brings us back to the desire for closure.

There’s a new guy. Through no fault of his own, nothing Jordan can do will bring closure for Butler fans.

It’s been less than a week since Holtmann left. It’ll be strange seeing him in scarlet and gray. Part of you wonders what the man does with the amount of Butler clothes he’s surely accumulated over the years. It’ll be stranger when he’s not our guy anymore.

In sports, sometimes closure remains out of reach. It eludes fans in every form, like early tournament exits in March and one Hail Mary half court shot to clinch a national title over Duke.

Even now, almost a decade later, the ball just doesn’t want to go in, kept in limbo by every individual who watched former Butler guard Gordon Hayward heave the ball upwards.

Closure is a comfort. It’s not a necessity. And that brings us to the final stage: acceptance.