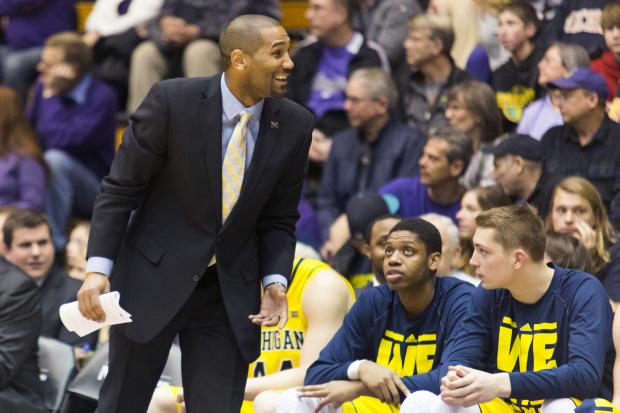 ESPN and the Indianapolis Star reported that Jordan will be signed on for six years. A press conference is scheduled for Wednesday.

The search has been ongoing for three days following the news of former head coach Chris Holtmann’s acceptance of the same position at Ohio State.

Jordan, who has played and coached at Butler in past years, said this position is one that he has always wanted. In fact, he interviewed for the same position after Brad Stevens left in 2013 but was passed up.

“This is a dream come true,” Jordan said in a statement issued by the university. “Butler is a place that means so much to me and my family, and I am honored and humbled to lead this storied program. I want to thank President [James] Danko and Barry Collier for the faith they have placed in me to continue The Butler Way and our great success.”

Jordan is Butler’s fourth head coach in six seasons and is the first African-American to lead a men’s sport at the university.

“LaVall is a tremendous coach who exemplifies The Butler Way,” Collier, vice president and director of athletics, said in a statement. “He has played a major role in successful programs that have competed at the highest levels. LaVall also has a deep appreciation for our university and this program, and will recruit and develop young men who will represent Butler well. We are thrilled to welcome LaVall, Destinee, and their three beautiful daughters back to Butler.”

Jordan spent last season as the head coach for the University of Wisconsin-Milwaukee men’s basketball team, posting an 11-24 record. His team made it to the championship of the Horizon League Tournament before losing to Northern Kentucky in the final game.

Before Milwaukee, Jordan was an assistant at the University of Michigan for six seasons. The team advanced to the NCAA Tournament each year, appeared in the Elite Eight in 2014 and the National Championship in 2013.

Prior to that, Jordan was a member of Todd Lickliter’s Butler coaching staff for four years before following him to the University of Iowa in 2007. During that time he helped guide the team to Horizon League championship and a Sweet Sixteen appearance.

From 1998 to 2001, Jordan played for Butler under the leadership of Collier and Thad Matta and helped lead them to three Midwestern Collegiate Conference (now Horizon League) tournament titles and two regular-season championships. The team also made four consecutive postseason appearances during that time: three NCAA tournaments and one NIT.

The Indianapolis Star reported that if Pedon or Johnson was not promoted to head coach, they would end up following Holtmann to Ohio State just as Schrage did.