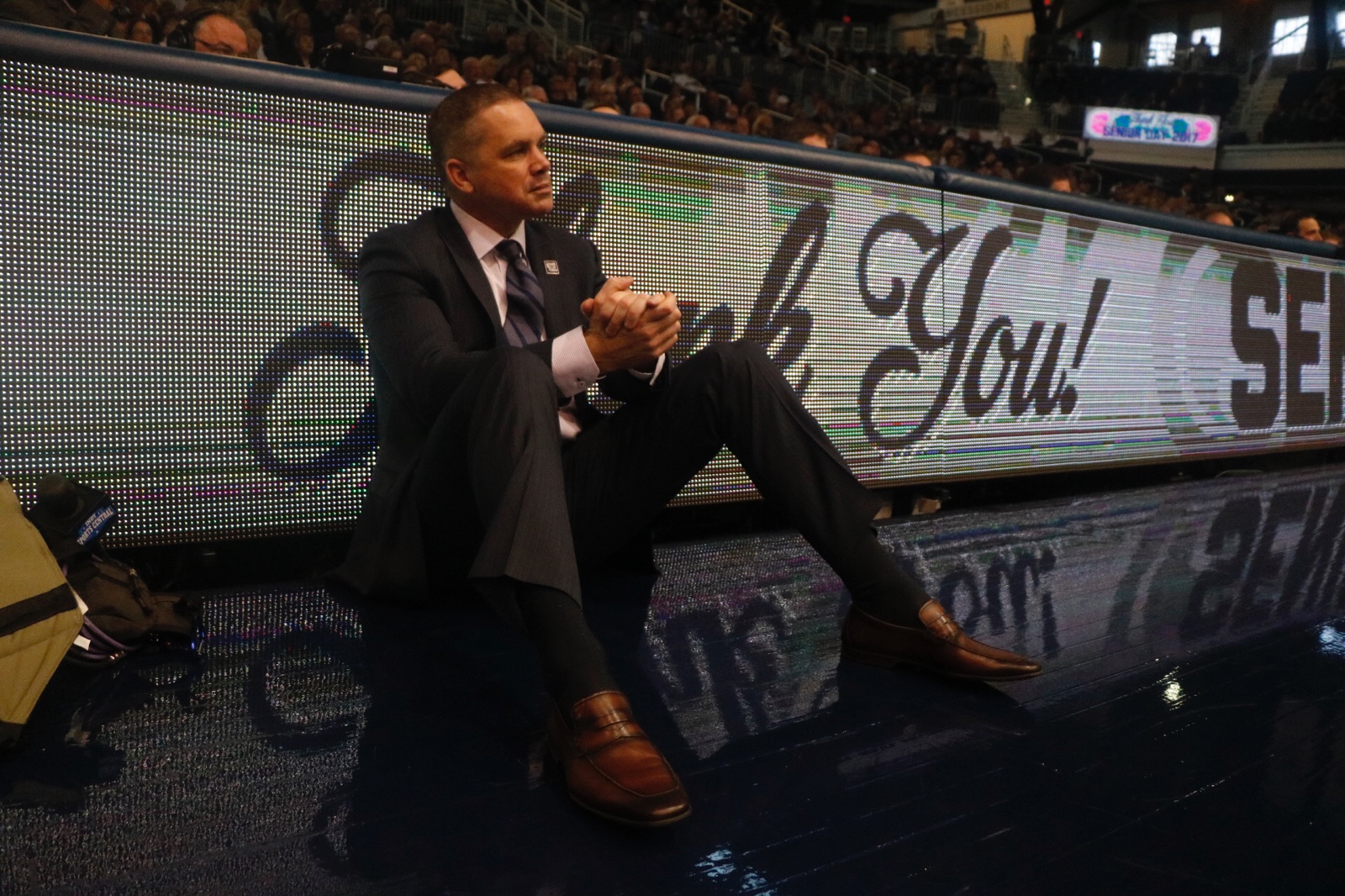 In his first press conference as head coach of Ohio State University, Chris Holtmann was looking forward to his new team, new school and new job; leaving little room for the past.

Holtmann started the press conference by saying it wasn’t an easy decision to leave Butler. He thanked everyone from coaches Brad Stevens and Brandon Miller, who he worked under, to President James Danko and Barry Collier, vice president and director of athletics, who hired him.

“This was a decision that I had to work through,” he said. “It was a really special three years. I left a special place with special guys. Friday was an emotional day.”

“This opportunity was too good to pass up.”@ChrisHoltmann speaks as the 14th HC in @OhioStateHoops history: https://t.co/DBJp5mSwtc

As the press conference went on, it was clear Holtmann was excited to be at Ohio State and for the future, citing the university, its academics, potential recruits and “Buckeye Nation,” as main reasons he made the midsummer transition. He also made it clear he was not new to what Ohio State had to offer.

“I think one of the reasons you come to a place like this is you know the expectations that come with it,” he said. “I’ve followed this team, this conference from afar for the last several years. I’ve watched [these players] play.”

Rumors swirled that he might take the entire Butler coaching staff with him to Ohio State if one is not hired as his replacement. The Indianapolis Star reported that Mike Schrage is already planning to make the trip. However, Holtmann would confirm nothing.

“We are going to build an incredible staff,” he said.

Holtmann and Gene Smith, Ohio State vice president and director of athletics, did shed some light on how all of this came to be.

Smith said after he and former coach Thad Matta met and decided to part ways, he and his staff began putting a portfolio of potential coaches together. And one stood out from the rest.

“My No. 1 candidate emerged Monday night,” Smith said. “[Holtmann] was my top candidate.”

Then came the phone call on June 6 Smith made to Holtmann offering him the position. Holtmann was hesitant, but the two agreed to meet June 8 in Dayton, Ohio. Both men brought their wives to the meeting, and it was there that Holtmann accepted the job. It started as a seven-year contract, but Smith upped it to eight years to further entice Holtmann and his wife.

Holtmann had received offers for multiple head coaching positions from teams such as Georgia Tech, Missouri, NC State and Tennessee in the last two years, but this one was different, as Holtmann said, because it was the only one he really considered.

And with that, Holtmann, wearing a crimson and grey tie, signed off with “Go Bucks.”