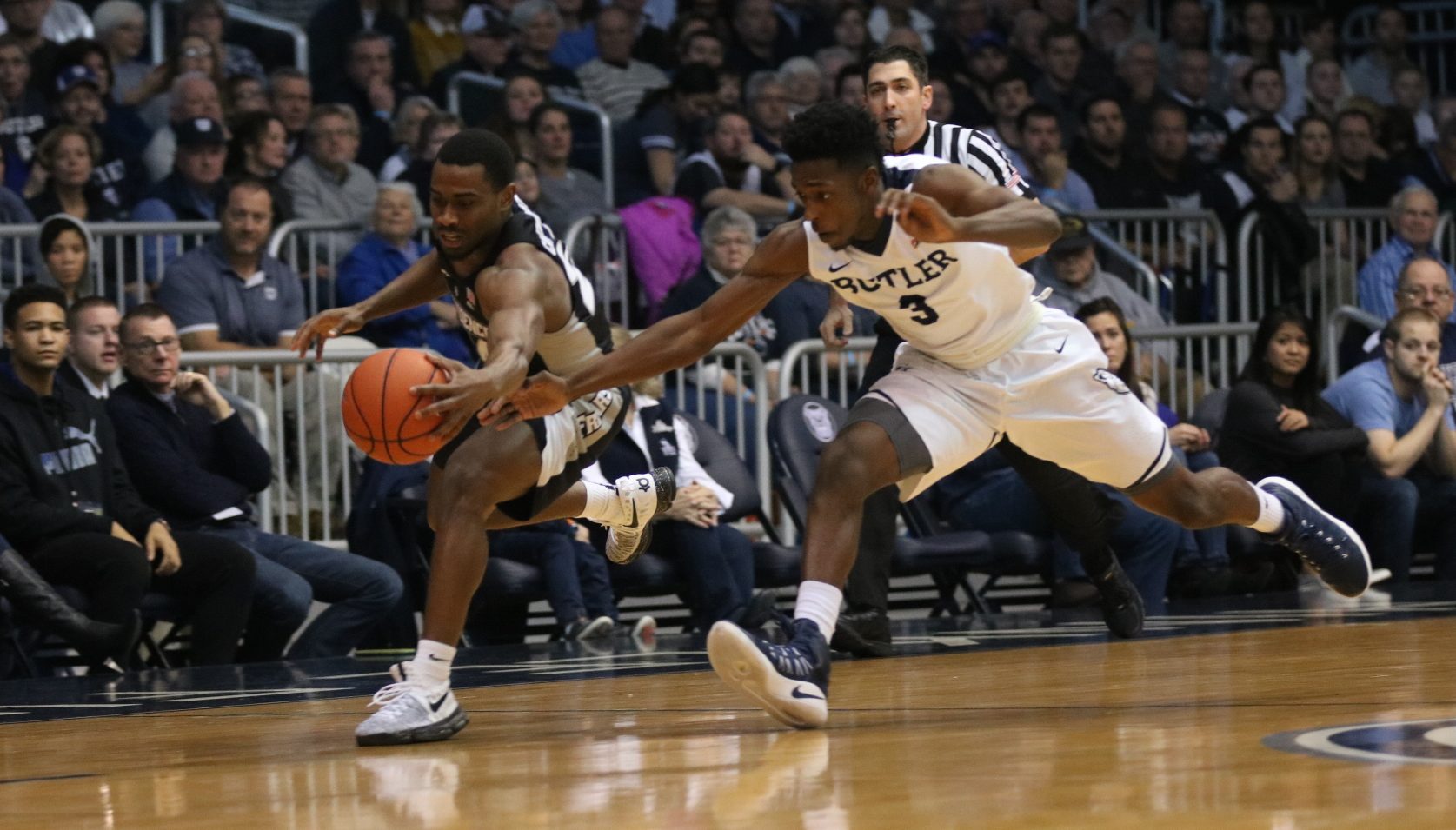 The feelings that set into Butler basketball fans over the past week are all too familiar. For the fourth time in 10 years, a young, upcoming and promising head coach was snatched from Hinkle Fieldhouse for the likes of another job.

Jordan has big shoes to fill. Holtmann guided Butler through their first years in the Big East Conference and brought each of his teams to the NCAA Tournament before capping last season with a Big East coach of the year honor. He was also an accomplished recruiter, inking Butler’s most talented recruiting classes the past two years.

Jordan can be the man who makes the Hinkle faithful forget the pain Holtmann left on this university.

Jordan will have to focus on a few central objectives to continue the Bulldogs’ success: recruiting, player development and on court execution. All three components were mastered by Holtmann and helped the program rise to where it is today. The importance of these components is also why Collier made the correct decision hiring Jordan.

Butler got it right again. LaVall will take BU to even greater heights. Laid foundation as player w/ Joey. Will surpass it on sidelines.

Butler was able to maintain success in recent years because of quality recruiting. Holtmann solidified his status as a masterful recruiter at Butler by bringing in top talent like Kamar Baldwin. To stay atop Big East rankings, Jordan must continue to add strong recruits. He has shown he is more than capable.

As an assistant at the University of Michigan from 2010 to 2016, Jordan was an integral recruiter for head coach John Beilein. He is credited with assisting in the commitments of several top tier players such as Nik Stauskas and Derrick Walton Jr.

What makes Jordan such an exceptional recruiter is his ability to connect to the lifestyle of a basketball player, since he played professionally himself. After four years and 91 career wins at Butler, Jordan played one season for the Huntsville Fight in the NBA’s Development league, as well as one season in Europe.

The only change for Jordan will be finding players who will adopt and buy into the “Butler Way.” Jordan himself is a passionate disciple of the Butler Way and maintained a strong connection to the university even in his time away from Indianapolis.

“We use those values as the guiding principles for our basketball program,” he said in his first press conference as the school’s head coach. “Those values are in my DNA, having lived it each and every day as a student-athlete here at Butler. And I’ve carried those values with me, I’ve carried the Butler Way with me, everywhere I’ve coached. No question.”

Collier praised Jordan’s values in a statement announcing him as head coach.

“LaVall is a tremendous coach who exemplifies ‘The Butler Way,'” Collier said. “He has played a major role in successful programs that have competed at the highest levels. LaVall also has a deep appreciation for our university and this program, and will recruit and develop young men who will represent Butler well.”

For Jordan, the real work starts once players step on campus. Jordan’s talents as a player come nowhere close to his skills in player development. At Michigan he specialized in guard development and training. He was the mentor to All-American Guard Trey Burke, helping him set a number of records on his way to becoming the 2013 National Player of the Year and a top-10 pick in the NBA draft.

“Coach LaVall had a big influence on me and was a big part of my growth when I first got to Michigan,” Burke said via Milwaukee Athletics’ website. “He played a major role in helping me get to where I am today. He is one of the best coaches I have ever had an opportunity to play for.”

In addition to developing players on the court, Jordan focuses on the mental side of the game.

“Watching them grow, that’s the fun part,” Jordan said in an interview with The Michigan Daily in 2015. “Watching them think and understand the game at a higher level, because it is a thinking man’s game. You’ve gotta be athletic and have the skill and all of that, but you also have to have the understanding and the IQ and an acumen where you can be a little ahead of the play.”

Jordan’s specialty has been in developing players at the guard position. It was his staple at Michigan, and it is also why this Butler job is a perfect fit. If Jordan could help Burke become a superstar at Michigan, it will be interesting to see how he can help Baldwin blossom.

Hinkle Fieldhouse is already home to a couple of young energetic guards like Baldwin and Henry Baddley, but if Jordan can groom future Bulldogs Cooper Neese and Jerald Gillens-Butler into efficient players, it could be an exciting year in Indy.

One big obstacle that Jordan must tackle in the upcoming weeks is the search for a brand new coaching staff. Every Butler assistant coach departed to Columbus with Holtmann, leaving Jordan with complete control over his new staff. Yet, unlike most coaching change situations, Jordan is inheriting a team full of talent that will be ready to compete come November.

Leading scorer Kelan Martin will headline a team returning three starters while welcoming a talented new recruiting class. Two recruits, Neese and Gillens-Butler, have already confirmed their commitment to the university, while four-star recruits Kyle Young and Christian David have yet to make a statement.

Let’s get it rolling excited to have @LaVall_Jordan as our new coach ?? #️⃣Year4

The biggest question for the 2017-18 Bulldog team is not about the level of talent, it is how Jordan’s system will work with this group of players.

In his first and only season in Milwaukee, Jordan’s team ran a fast-paced offense and a gritty, scrappy defensive scheme. Though the Panthers were ranked last in the conference, Jordan’s coaching scheme helped guide Milwaukee to the Horizon league championship game. During that four game stretch, Jordan’s system peaked. The Panthers held their opponents to an average of 57.0 ppg, while shooting 42.8 percent from the floor.

This fast-paced, hard-nosed style of play could benefit the Bulldogs, who have a roster front loaded with athletic players who can run the floor like Baldwin, Martin and Paul Jorgensen. The wild card remains to be the players. If this group does not choose to buy into this new coach, it will be hard for Jordan to produce a winning record in an already competitive Big East Conference.

No matter what happens in the coming months, whether it be player transfers or de-commitments, Jordan will find a way to bring success to Butler for years to come. Just like his predecessors, Jordan has all the tools to continue what Butler has always done: win basketball games.