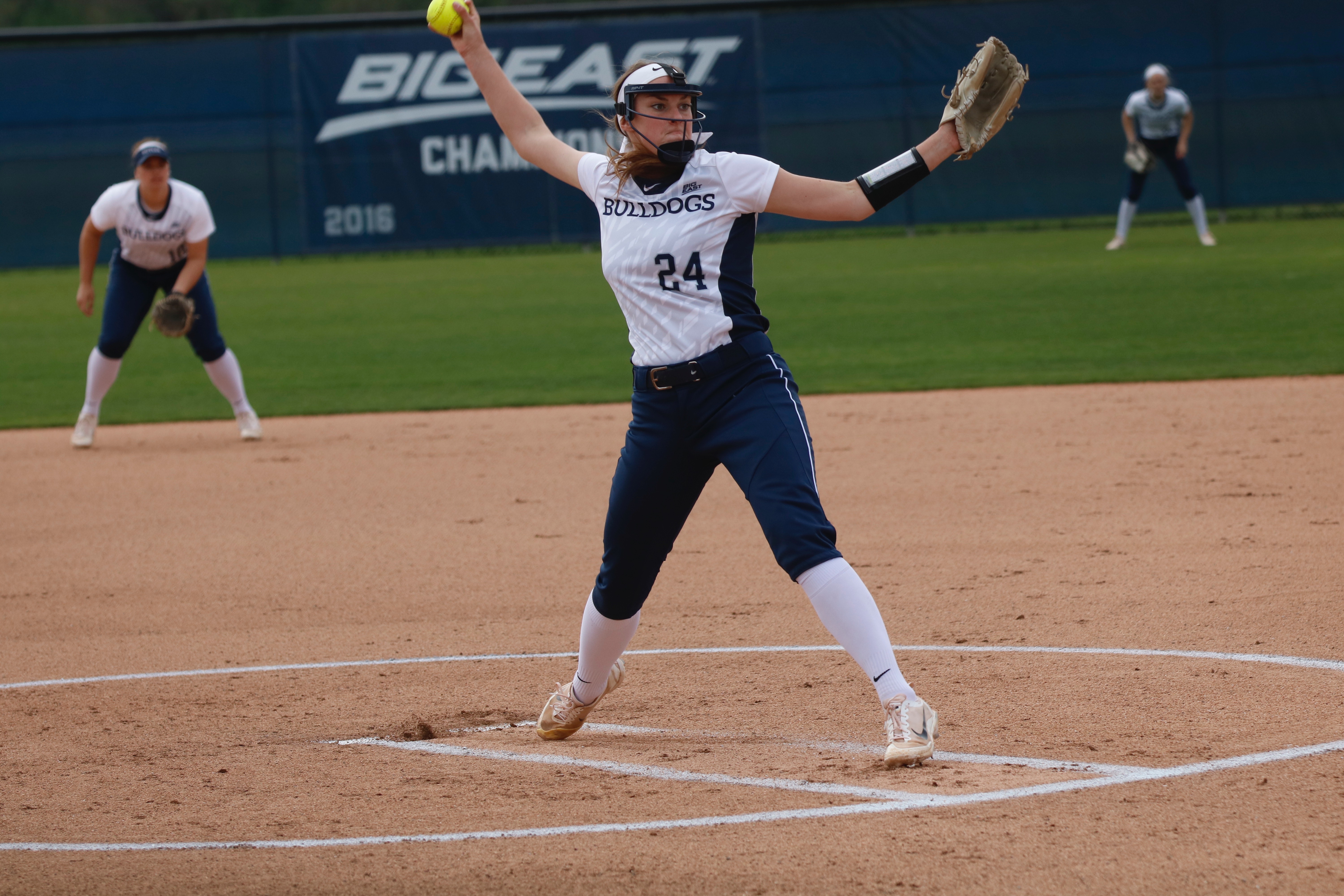 In the first game on April 15, Butler left seven runners on base in the final three innings. The final score was 7-3. Junior infielder Alyssa Lach hit an RBI triple, and the Bulldogs added more to their tally in the sixth inning after a bases-loaded walk and an RBI single from sophomore outfielder Jenna Foreman.

The Bulldogs lost the second game on the April 15 doubleheader 6-3. While another tough loss, freshman utility player Madi Christiansen hit her first official home run of her career. Christiansen hit a three-run shot in the last half-inning.

“We will focus on having more quality at-bats,” sophomore infielder/pitcher Kaitlin Doud said of where the team needs to improve.

The final game of the weekend on April 16 was a tough 8-0 decision. Bulldogs senior outfielder Brandyce Sallee, senior infielder Audrey Hiner and freshman outfielder Ashley Post recorded hits. For Post, it was her first career hit.

Butler will return to action April 19 against the University of Illinois. First pitch in Champaign is slated for 5 p.m.