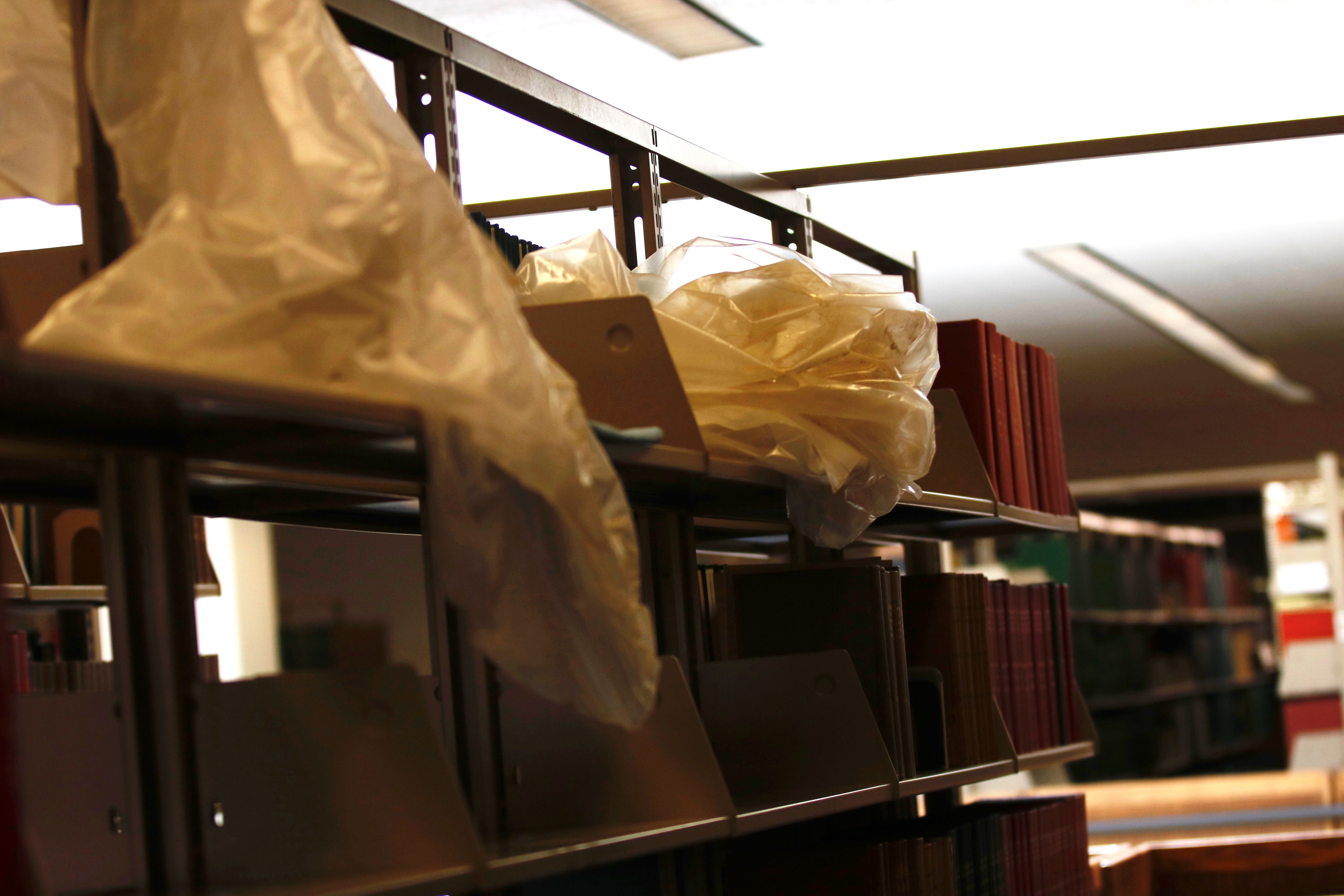 Leaking occurring in the last stairwell of Jordan Hall and on the second floor of the Science Library does not seem to be stopping anytime soon.

Ryan Cultice, a sophomore accounting and finance major, spends a lot of his time in the Science Library studying.

“It’s kind of my spot,” Cultice said. “My friends and I go up to the second floor and find a room. We’re really productive in there. The atmosphere is very quiet.”

However, Cultice said the dripping noises coming from the leak in the ceiling on the second floor of the library is distracting.

“It’s kind of been going on all semester,” Cultice said. “There’s been a bunch of different locations all throughout the semester. Right now, it’s the second floor of the library. If you don’t have your headphones in, it’s a constant really annoying sound.”

Cultice said it is inhibiting to studying.

“There’s a trash can that catches the leak,” Cultice said. “But when the water hits the plastic it makes a loud noise and it smells bad. At some point, you just have to go somewhere else.”

Barbara Howes, a librarian in the Science Library, has worked there for over 40 years.

“It’s only been happening in the recent years,” Howes said. “It’s a situation that everyone is aware of.”

Howes said she has never had any students come up and criticize the situation.

“Students have never complained,” Howes said. “They will come and tell us it’s leaking but that’s about it. It hasn’t seemed to be too much of an issue.”

Kevin Connolly, the library associate for the Science Library, has worked there for about two and a half years. He said the leaks come and go.

“We take precautions to make sure books aren’t damaged,” Connolly said. “A lot buildings have been leaking very diligently. The university is aware of it. As renovations take place throughout the university, I’m sure there’s a plan to fix and replace the roof as with the other big buildings.”

He also says he has never heard students complaining.

“We have come to live with and deal with it,” Connolly said. “Actually no one really seems to be put off by it. It’s less intrusive than you would imagine.”

Neither Howes nor Connolly know of a set date the leaking will be fixed.

“The man who is in charge of the roofs comes here almost daily checking up on the leaking,” Howes said. “Maybe it will be done when they start the new science hall construction, who knows?”

The construction crew was worried that Jordan Hall would be too big and crack and have structural instability. So to fix this problem they built three separate wings with their own foundation. The wings are joined by the two stairwells which combines to be five buildings. Each of the five buildings were built separately so they could move independently.

Although the buildings do shift independently, this creates space for water to fill up.

“I’m probably exaggerating a little bit, but if there were heavy rains the stairwells would look like mini waterfalls,” honors professor Royce Flood said. “I remember, they had to close off one of the stairwells once because the flooding was too treacherous.”

Flood said he recalls how the leaking from the rain would ruin the walls of his office.

“The plaster would begin to deteriorate,” Flood said. “One wall of my office was covered with plywood; if you touched the plywood, you could hear the plaster falling behind it.”

Finally, in the ‘90s the university realized that Jordan Hall was going to ruin so they embarked on a very huge and expensive restoration.

“It is so much better than what it was, but the buildings are always shifting and moving,” Flood said. “A month later there will be another crack and another leak. You would think there would have been a simple solution by now.”

University maintenance does not know when the leaks in both the Science Library or Jordan will be fixed.