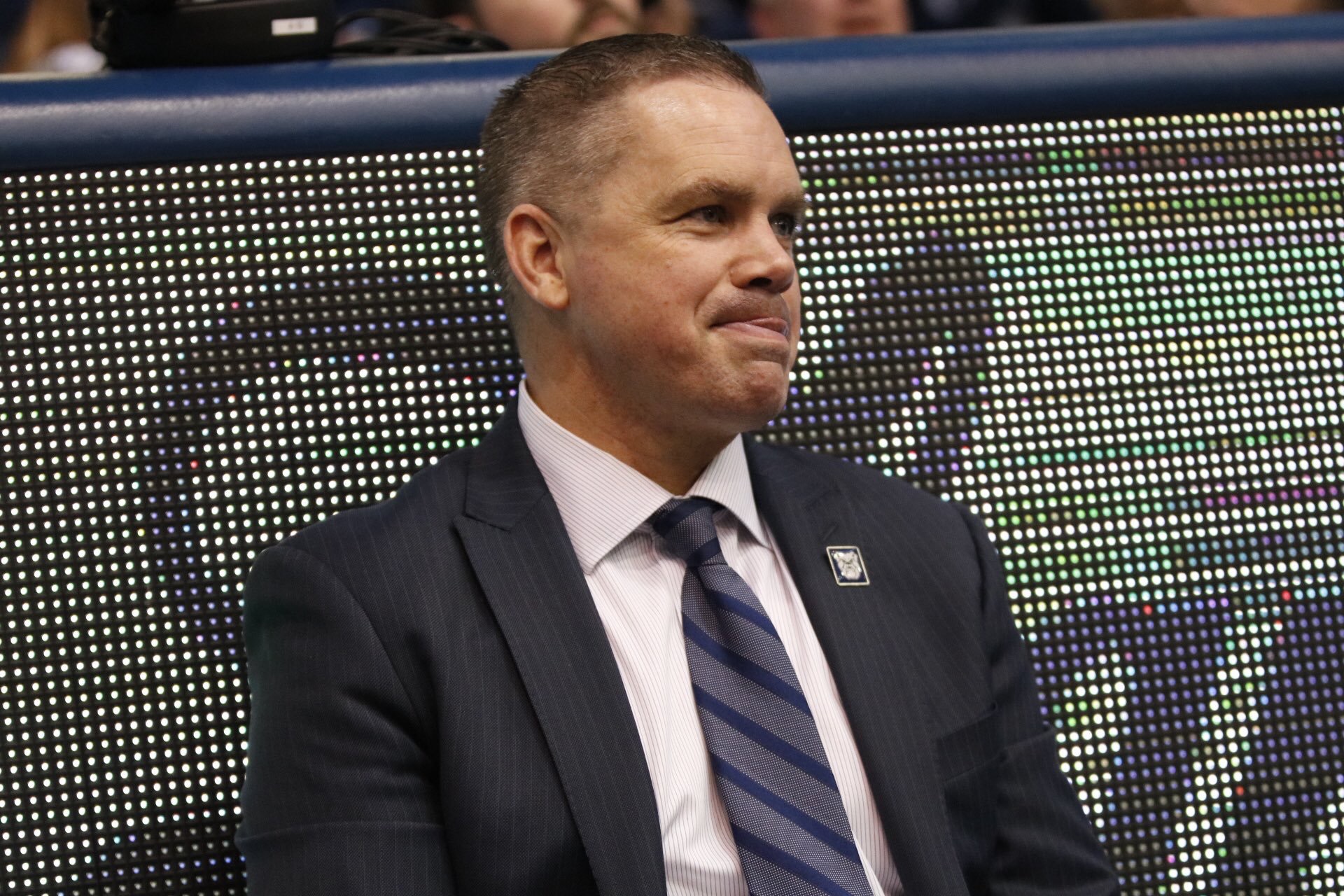 The Butler Collegian: Now that you’ve had a few weeks to reflect on this season, how do you think it went overall?

Chris Holtmann: Tremendous. I just think it was a tremendous year. One of the most enjoyable and certainly the best years I’ve ever been fortunate to be a part of. We had a lot of tremendous moments. Honestly, in some ways we got spoiled because we had so many great moments this year, and that’s not necessarily reality. You don’t, in a year, typically have that number of great moments. It was a lot of fun, and it was a tremendous group to coach, which makes it that much more enjoyable.

TBC: What was your favorite moment from this past year?

CH: I think probably knowing we were going to the Sweet 16. I think the win here in front of our students and our fans over Villanova would probably be second. But I think most people who follow college basketball know how hard it is to win one game in the NCAA Tournament, so to get to the Sweet 16 was special.

TBC: What was one of the tougher moments you and the team faced this year?

CH: The home stretch we had where we lost two games to Georgetown and Creighton was a difficult moment for us. The plane incident comes to mind. You certainly expect that you’re going to go through some difficult times, but there weren’t a whole lot of really tough moments. I guess Indiana State was hard, but I think losing those two at home, that’s always hard when you get bounced a couple times in a short span at home.

TBC: How much of a break, if any, do you give yourself before working towards next year?

CH: The month of April and part of May has become by all intents and purposes busier than the season. The important thing for us is we want to give our players some time off after the season. It’s a long season, and we really want them to kind of get away a little bit. Now, they don’t always choose to do that. Some of them are back in the gym pretty quickly, but we want them to get some time away from us, some time away from the structure of the season. I think, as coaches, April, you just keep running. You just keep running because you gotta finish up recruiting or you’re recruiting for that next class. There’s two evaluation weekends in April that you’re out and about. There’s time where you have to go out and do home visits. So in May it will slow down a little bit for us, but April is quite busy. I think, as coaches, you can’t stop in April.

TBC: Do you have any regrets from this season, and if so, what were they?

CH: Not really, I think you always, from game to game, look at some things you could do differently. But I don’t know that there’s any major regret that I have as much as I wished at times I might have coached a little better in games. All in all, I don’t think there’s anything specifically that I would say, ‘Man I really regret making this decision.’”

TBC: How do you feel about the incoming recruiting class, considering it is the highest-rated one in program history?

CH: I don’t know that any class in any time can trump Gordon Hayward and Shelvin Mack in one class. Obviously, one’s an All-Star and one’s a rotation player. And I think Matt Howard was right before that. That was as talented of a group in those few years as maybe any team that will ever come through here. But it is a good class of Butler guys, who I think came here for the right reasons. I’ve got to give our coaching staff a lot of credit for the job they did in recruiting this class. And we want to add probably one more person to it in some capacity. I’m excited about it.

TBC: How hard is it to not let your performance, solely in March, define your whole season?

CH: I’d like to, you know, put my two cents in and say I think it’s in some ways way over-weighted and out of balance. I don’t know that it’s ever changing. Jay Wright and I have talked about this. He has experienced his level of incredible success in March and then really sudden exits when he has been a high seed. I think what I really value as a coach are those programs that consistently win. And when you’re talking about consistently winning, you’re talking about from the beginning of the season until the end of the season they consistently win, and then they do it year after year after year. And I think you are maybe seeing more people value those consistent winners.

Nothing is better than @marchmadness. Nothing. #GoDawgs pic.twitter.com/zFBu7krMC4

TBC: What is the biggest thing you want the team to improve upon for next year?

CH: I think it’s going to be such a new team that we are going to have to — some of that we are going to have to figure out because this team is going to be so different than this one this past year. We always need to be an improving defensive team. The biggest thing for us is, are we going to take some of the traits that these last few teams have had in terms of their bond, their connection and their togetherness, and is next year’s team going to carry some of those same traits on? And if they are, good things will happen.

TBC: What would make next year a success?

CH: I think us being competitive in the Big East and us positioning ourselves for the post-season. I think we are going to have some challenges next year that we haven’t faced in my tenure as head coach here just because we’ve never had this number of freshmen and sophomores that are going to be forced into action. We only have two seniors. We only have two juniors. I just think it’s unique for us. We’ve kind of always had juniors and seniors be almost the bulk of our team and then carry the way. We are really going to be dependent on freshmen and sophomores this coming year. I think it’s going to be, in a lot ways, our greatest challenge as a coaching staff to see how we can manage this youth and if we can perform.

TBC: With Patrick Ewing going to Georgetown, Villanova winning the championship in 2016, Butler in the Sweet 16 and Xavier in the Elite Eight, what are your thoughts on the future of the newly formed Big East?

CH: I think it’s great. I think it’s going to be a top-three league consistently. All ten schools really value basketball, so when you have that degree of emphasis placed on the program, you’re going to have programs achieve some pretty high and important things. Every year it’ll be a top-five league. I think most years it’ll be a top-three league. If you finish seeds one through five or six, you’re going to get a chance to play in the tournament. It can be a little scary, the fact our league is as good as it is. But I think if you’re a competitor, you want to be in a great league, and we are in a great league.