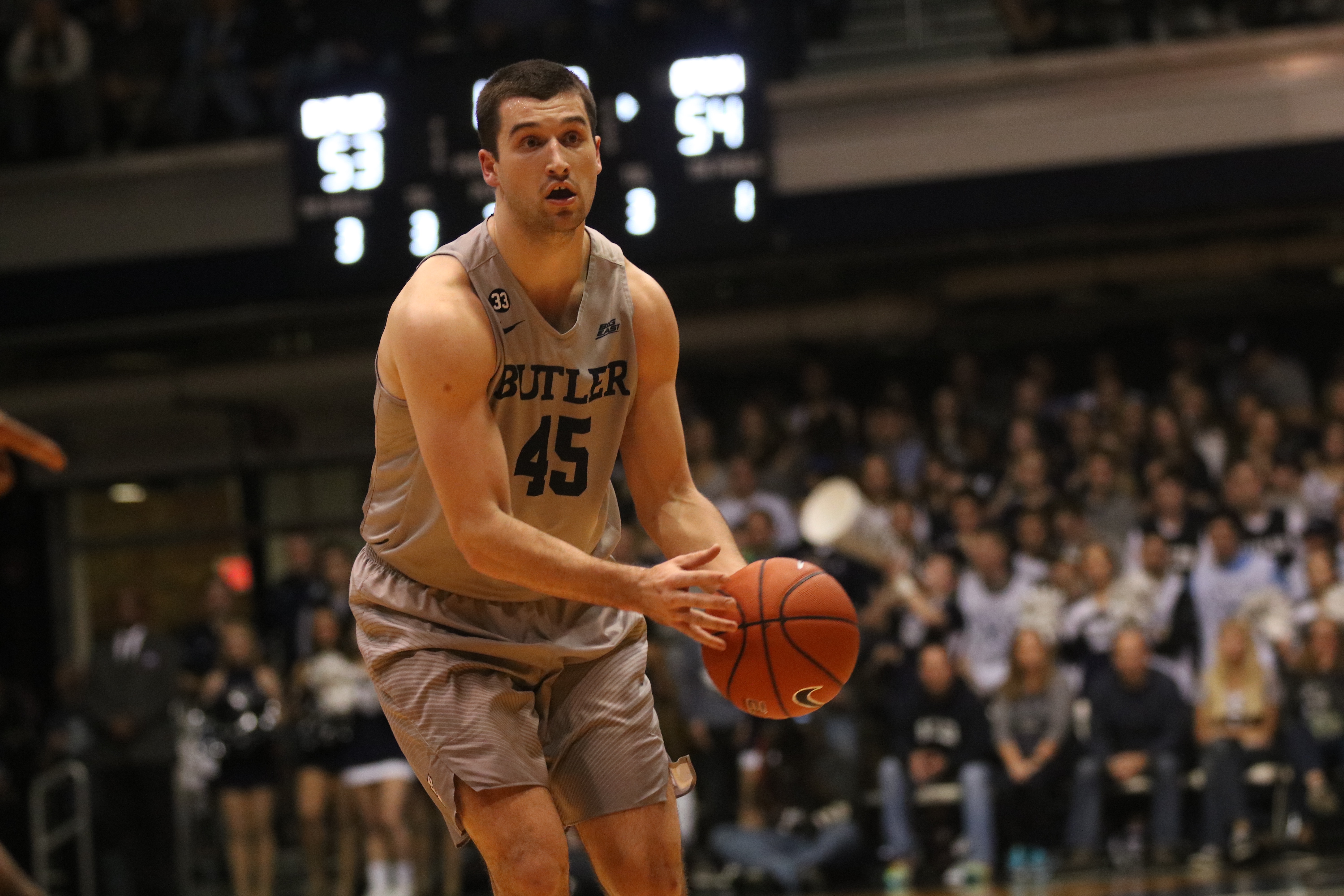 The Butler Collegian: How do you feel when people mispronounce your last name? What are some of the worst tries that you have heard?

TBC: What was it like being the only recruit to stay after Brad Stevens left?

AC: It wasn’t bad. Obviously, coming in thinking that Brad Stevens is going to be your coach and then him leaving was definitely a shock. But I knew whoever coming in was going to still hold up the Butler culture and the tradition that has made the program so successful over the years.

TBC: What was the coolest arena to play in (besides Hinkle Fieldhouse)?

AC: Obviously Madison Square Garden is up there. I mean, that’s the mecca for basketball. It really is in a league of its own with how cool all of the little different things they have in that arena.

TBC: Is your No. 1 still Hinkle Fieldhouse?

AC: Oh, for sure. Hinkle is definitely the most unique gym. I fell in love with it the first step I took on it my freshman year [of high school], when I took my first official visit.

HUGE thank you to my teammates! Honored to be named to the All-Big East First Team. https://t.co/LgxirOXcBI

TBC: What was the coolest thing to do on the road in another city?

AC: Being in the big cities is cool. Obviously Times Square was fun. I’d have to say going to the White House and Washington D.C. was a pretty cool thing. Just seeing different monuments in D.C., obviously that place is just filled with history. Just going around that city is unbelievable.

TBC: What was your favorite game as a Bulldog and why?

AC: I’d have to say the Middle Tennessee game. Finally winning that one and advancing into the Sweet Sixteen. Something that I wasn’t able to accomplish until this year. Getting past the first weekend of March Madness.

TBC: What was the transition like moving from Rhode Island to Indiana?

AC: It’s different but it’s a good different. I don’t really know how to describe it. Rhode Islanders, we’re just beach people. So we’re very chill, really relaxed and laid back. Very straightforward. Sometimes people take it the wrong way with how straightforward we are. But that’s just how we are. And Indiana people are just some of the nicest people ever. The most genuine people I know. Those are the big difference, and there’s nothing bad about either one of them.

TBC: What is your plan for the future?

AC: Hopefully play professional. That’s the hopes and dreams. The ultimate goal is to play in the NBA. Realistically, I could see something overseas happening. We’ll see with what happens over the summer with summer workouts and stuff.

Thank you my family, coaches, teammates, and especially fans. These 4 years have gone by too fast! Forever proud to be a Bulldog!