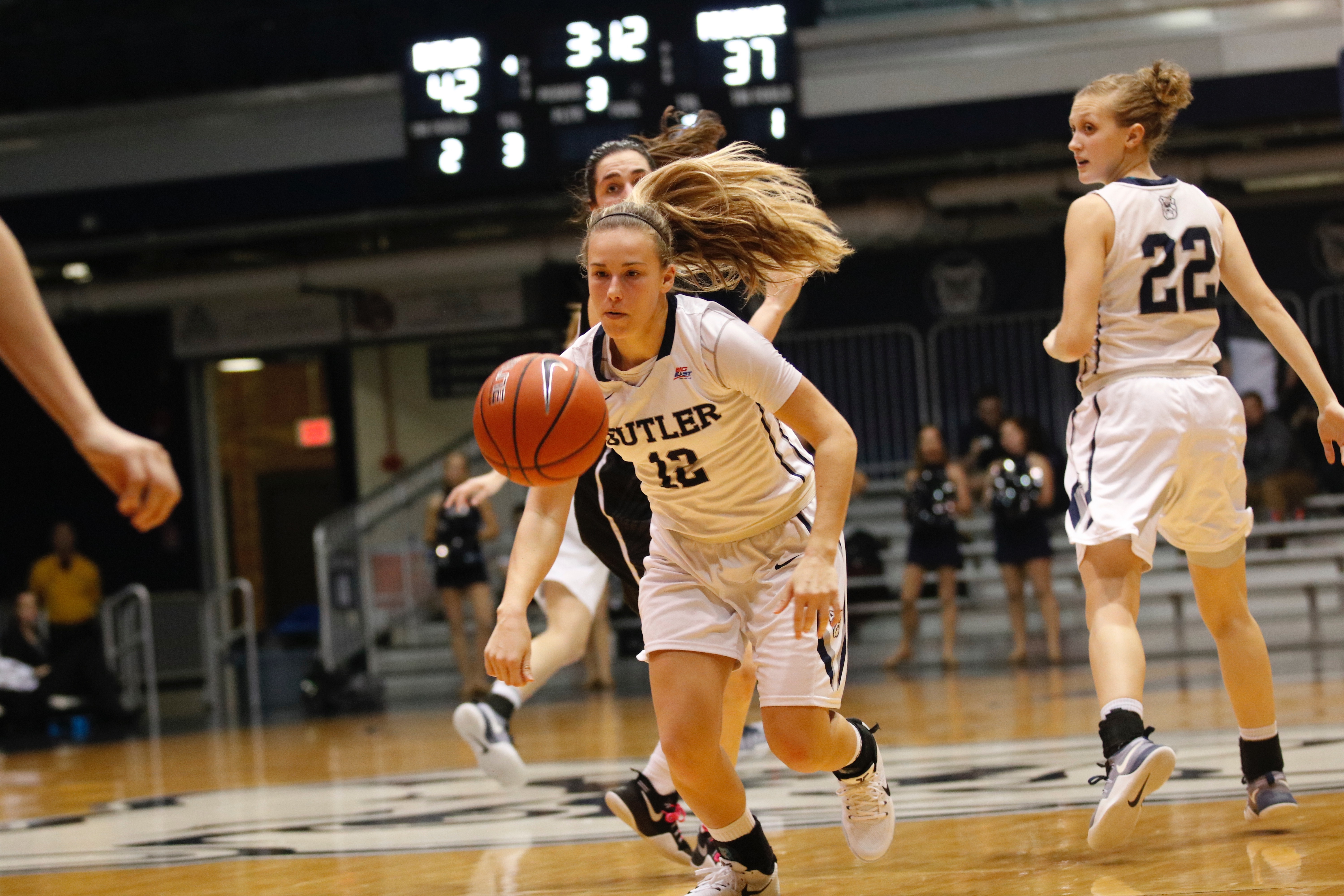 Defense. Defense. And a little offense.

These are the key aspects the Butler University women’s basketball team agreed to focus on during their offseason.

“We definitely have to get better overall as a team defensively, and a big thing is our scoring has to improve,” head coach Kurt Godlevske said.  “If we can improve our scoring output, and then defensively hold teams to the low 60s, it will give us a better chance.”

With this mindset, the Bulldogs headed back to the gym after a quick spring break to start their offseason workouts and practices.

Junior guard Sydney Buck said the offseason is filled with off the court workouts.

“We do a lot of weightlifting and conditioning four times a week,” she said.  “And then we do a couple team workouts along with individual workouts once a week.”

The team started the offseason training shortly after the season ended against Marquette University in the quarterfinals of the Big East Tournament on March 5. The players were given a week off for spring break with a few extra days before preparing for next season. In total, the team got 10 days off.

The NCAA allows teams to practice eight hours a week in the offseason. The team utilizes that time and splits it between the court and the weight room.

Four times a week, the players are required to do individual workouts with coaches to focus on where they need to improve. Then, they hit the weight room or run with their conditioning coach. These sessions last for one-hour-and-fifteen minutes, taking up six of their eight hours a week

The team hopes these workouts will improve their overall record from last year. The Bulldogs ended last season with a 6-25 overall record and were 2-16 in Big East play.

“These workouts definitely prepare us for next year as far as getting in shape and getting stronger,” Buck said.  “We also get to work on our basketball skills like our weaknesses as a team. I think they are good building blocks.”

Godlevske also said he believes the offseason has a huge impact on the upcoming season.

“The success of your season depends on what you do from now until October,” he said. “And from watching the girls in the weight room and on the court, they have been working hard.”

As far as individual players go, sophomore forward Tori Schickel knows what she needs to improve on to make the team better for next season.

“Personally, I need to work on stretching out my game,” Schickel said. “Also, definitely getting in shape and getting stronger is key for me and working in the weight room this offseason.”

This young team will be returning all of its members next season with more experience and strength under their belt.

“For as young as we are, it’s a growing process,” Godlevske said.  “They still need to mature physically and mentally to understand how we have to play really focusing in all the areas we struggle.”

The 2017-18 basketball schedule is not released yet, but regular season games will start around the end of October.

Until then, the team will continue their offseason workouts through April. The team gets May and June off, and then they report to campus in July for a series of camps to prepare for the season.