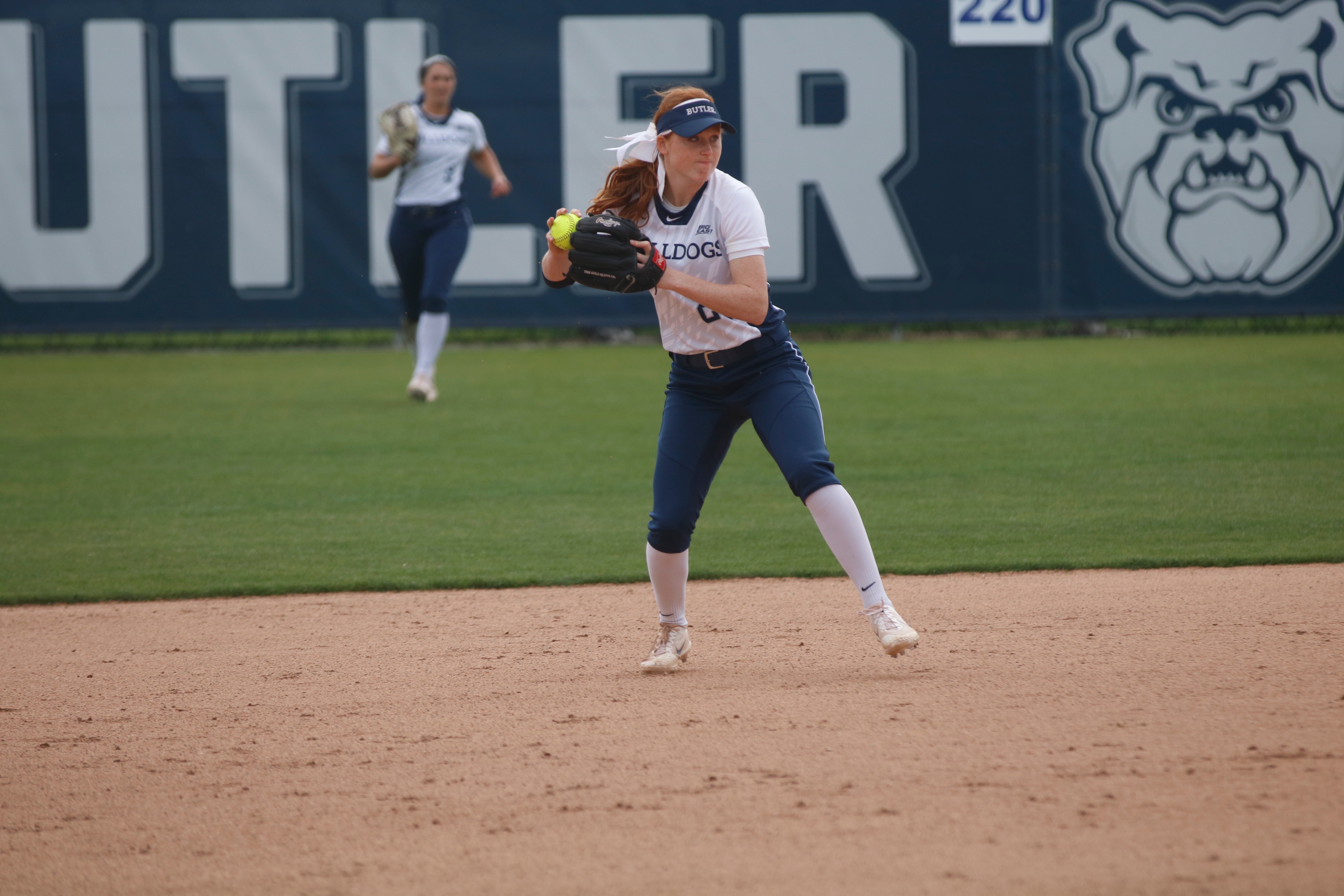 Sarah Diuxon prepares to throw the ball across the diamond. Photo by Jimmy Lafakis.

The Butler University softball team will face the University of Illinois on April 19 in Champaign, Illinois.

In their second game of the tournament, Butler played Big Ten Conference foe Illinois, who knocked Butler out of the NCAA tournament on a walk-off single in eight innings. The Fighting Illini won 2-1 in the elimination round.

Junior pitcher Mikeila Boroff got the start for Butler and allowed two runs in more than seven innings. She went the distance in the circle, stranded six runners and finished the season with a sterling 10-5 record.

Butler had seven hits in the game, led by two apiece from senior outfielder Brandyce Sallee and sophomore infielder/pitcher Kaitlin Doud. The Bulldogs put an emphasis on maintaining their focus.

“We have to treat Illinois just as any other game by playing our game,” Doud said.

Even though this season is in the home stretch, sophomore outfielder Jenna Foreman said it was fun to look back on playing in the first NCAA tournament in Butler softball history.

“It was fun because it was very competitive,” Foreman said. “Either team could have won that game.”

Illinois currently holds third place in the Big Ten. Butler fell to fifth in the Big East after being swept by St. John’s last weekend. Illinois junior infielder Leigh Farina, who is hitting .316 on the season, recently picked up Big Ten Player of the Week honors.

“It was fun for me because I have a friend on the Illinois team,” she said. “It was really cool. I played against her in high school, also.”