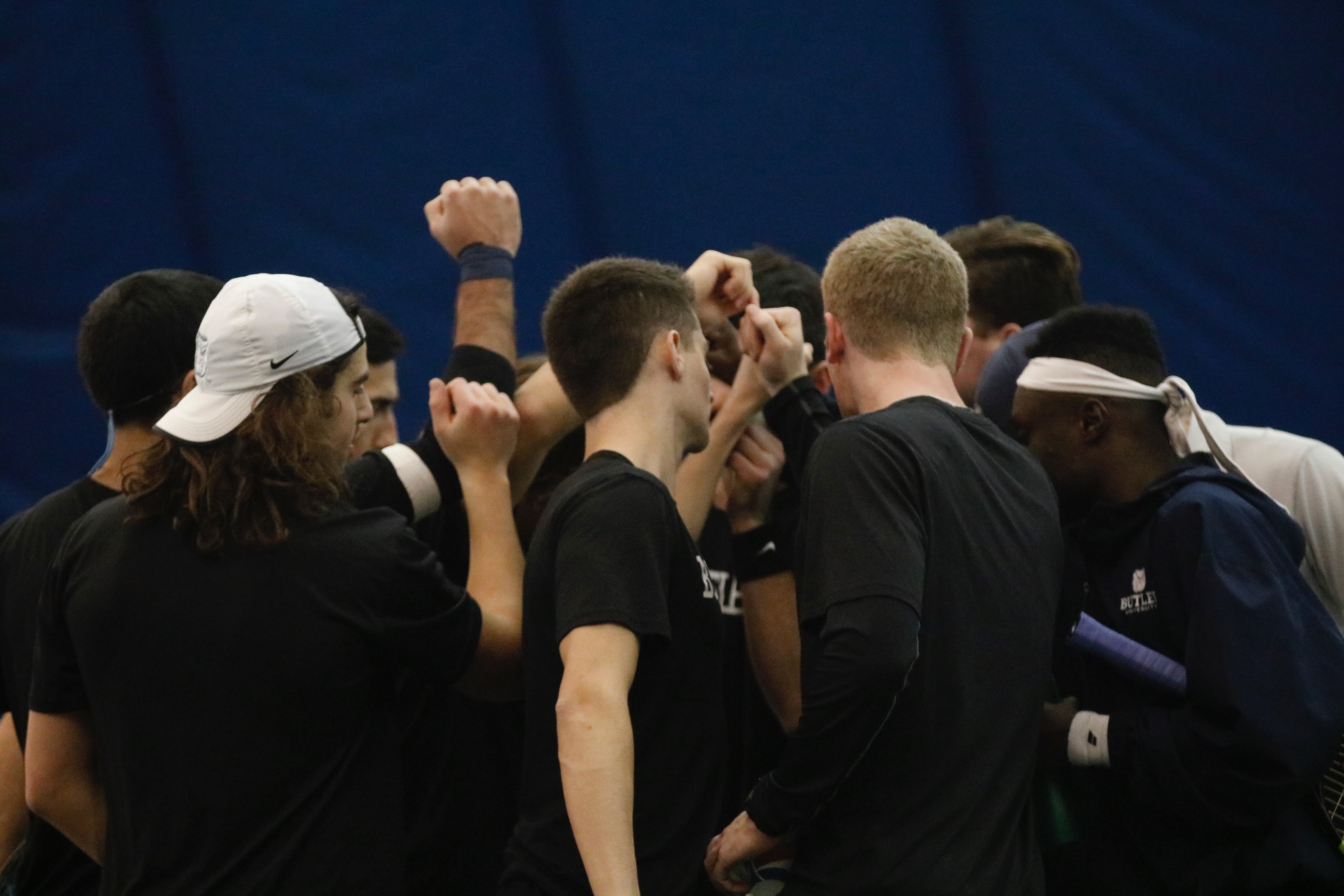 The men’s tennis team huddles before a match. Photo by Jimmy Lafakis.

A 7-0 sweep of the Jaguars was no joke on for the Bulldogs on April Fool’s Day as the Butler University men’s tennis team continued their hot streak against IUPUI on April 1.

The team won its seventh consecutive match with the last loss dating back to Feb. 25.

The duo of sophomores Mason Dragos and Spencer Lang led the team in the No. 1 slot during doubles play with a 6-2 victory. Sophomore Aviv Ben Shabat and senior Mikheil Khmiadashvili and sophomores Ari Gerstein and Temilope Adelakun won in slimmer fashion, 7-5 and 7-6 respectively.

All six matches were won by the Bulldogs in singles play. Ben Shabat, Khmiadashvili, Dragos, Lang, Gerstein and Adelakun all captured victories in two sets each.

Big East play will begin for Butler April 7 as they host Depaul University. The match is scheduled to begin at 2 p.m.