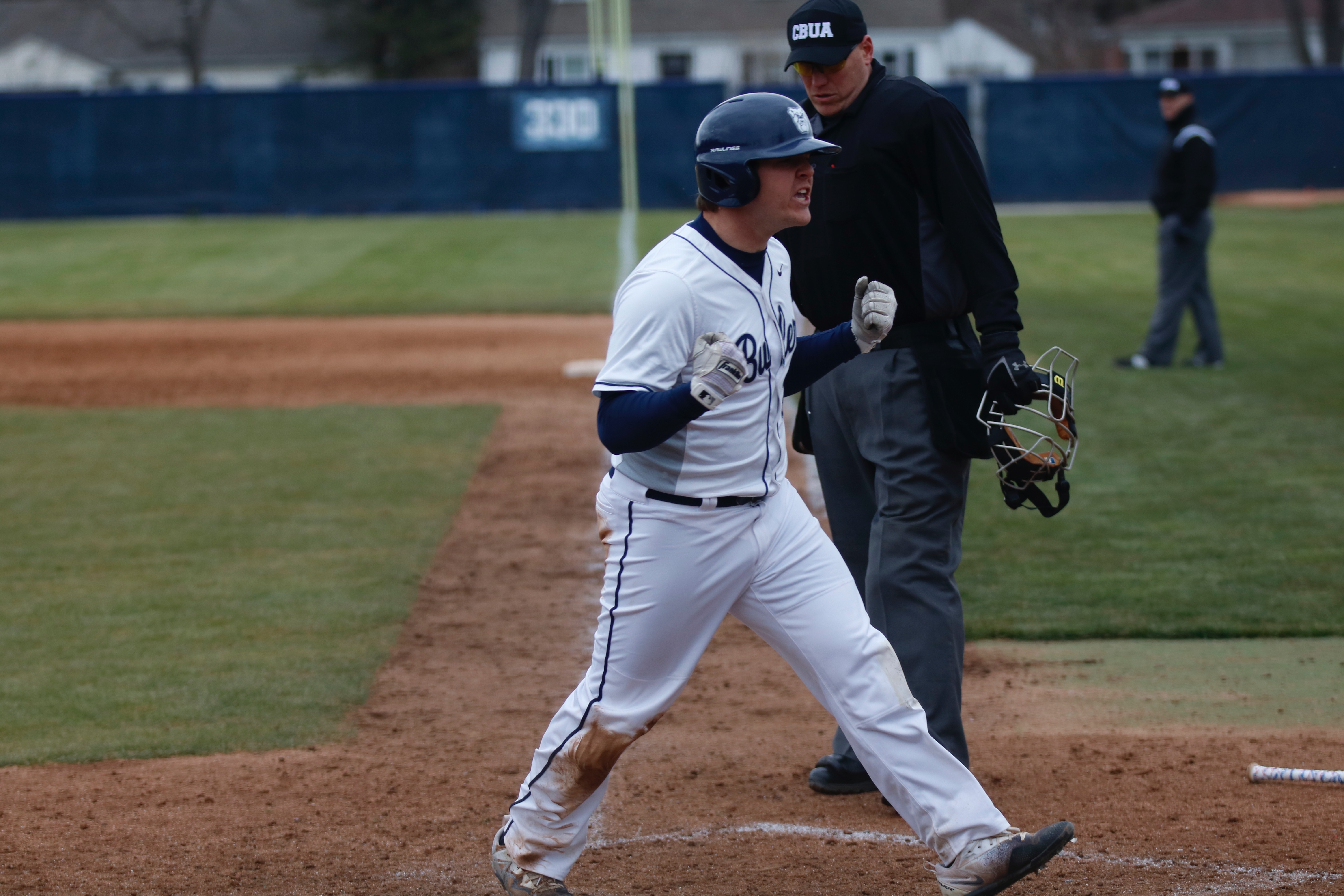 A player celebrates after making it to home plate. Collegian file photo.

The Butler University baseball team has already been in action twice this week, facing Eastern Illinois University at Bulldog Park on April 18, and then traveling to play Indiana University on April 19.

Butler jumped out to a 4-0 lead in the first inning against the Panthers. Redshirt senior outfielder Chris Maranto’s home run in the fifth inning made it 5-1 before the Panthers scored nine runs over the game’s last five innings to hand the Bulldogs a 10-6 defeat.

Junior outfielder Gehrig Parker contributed a home run and drove in three runs in the game, which was the team’s fourth loss in a row.

The Bulldogs did not wait long for another chance to stop their losing streak as they had a matchup with Indiana the very next day.

“Last year we had real rough one at IU, so I think people are looking for some revenge,” Maranto said. “I think this game’s going to help us more than anything.”

Butler took a 5-0 lead over the Hoosiers, scoring in the first, second, third and fifth innings. A two-run home run by senior catcher Michael DiViesti in the top of the ninth inning  became the difference in the 7-5 win.

The team is now 23-13 on the year and 2-4 in the Big East Conference. Up next for the Bulldogs is a weekend series at Xavier University, beginning on April 21. The game starts at 3 p.m.