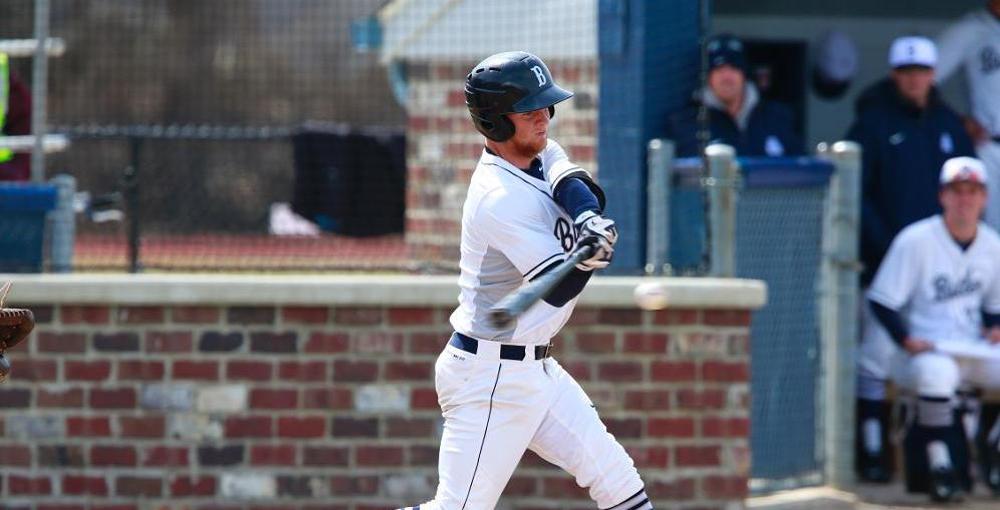 Tyler Houston swings with an aim on the ball. Photo from Collegian archives.

The Butler University baseball team played seven games over spring break and finished with a 4-3 record, catapulting the Bulldogs to 9-6 on the season.

The 9-6 record puts them in a tie with Georgetown University for the second best record in the Big East Conference.

Butler started with three games in Davidson, North Carolina, losing the first game to Hartford College on March 3, 5-2. The Bulldogs grabbed a 4-3 win over Bucknell University on March 4 thanks to two runs in the top of the ninth inning. The three game set finished with Butler falling to Davidson College 3-2 on a walk-off single.

The Bulldogs then traveled to South Carolina for a pair of games against Presbyterian College and Furman University. Butler lost to Presbyterian 7-5 on March 7 but rebounded for a 10-7 victory over Furman. Senior shortstop Michael Hartnagel went 5-5 in the game, driving in three runs and scoring one himself.

After the trip south, the Bulldogs returned to Indianapolis to face Indiana University-Purdue University Fort Wayne at Bulldog Park in the team’s home opener March 10. A complete game shutout by senior Jeff Schank led to a 2-0 win. The team followed the shoutout with a 13-3 dispatching of Fort Wayne again on March 12, scoring five runs in the fourth and sixth innings.

Butler will have little time to rest as they play five games at Bulldog Park in the next week starting with Western Illinois March 13 at 3 p.m. The Bulldogs face Lewis University on March 15 and have a three game series with Saint Louis University starting March 17.