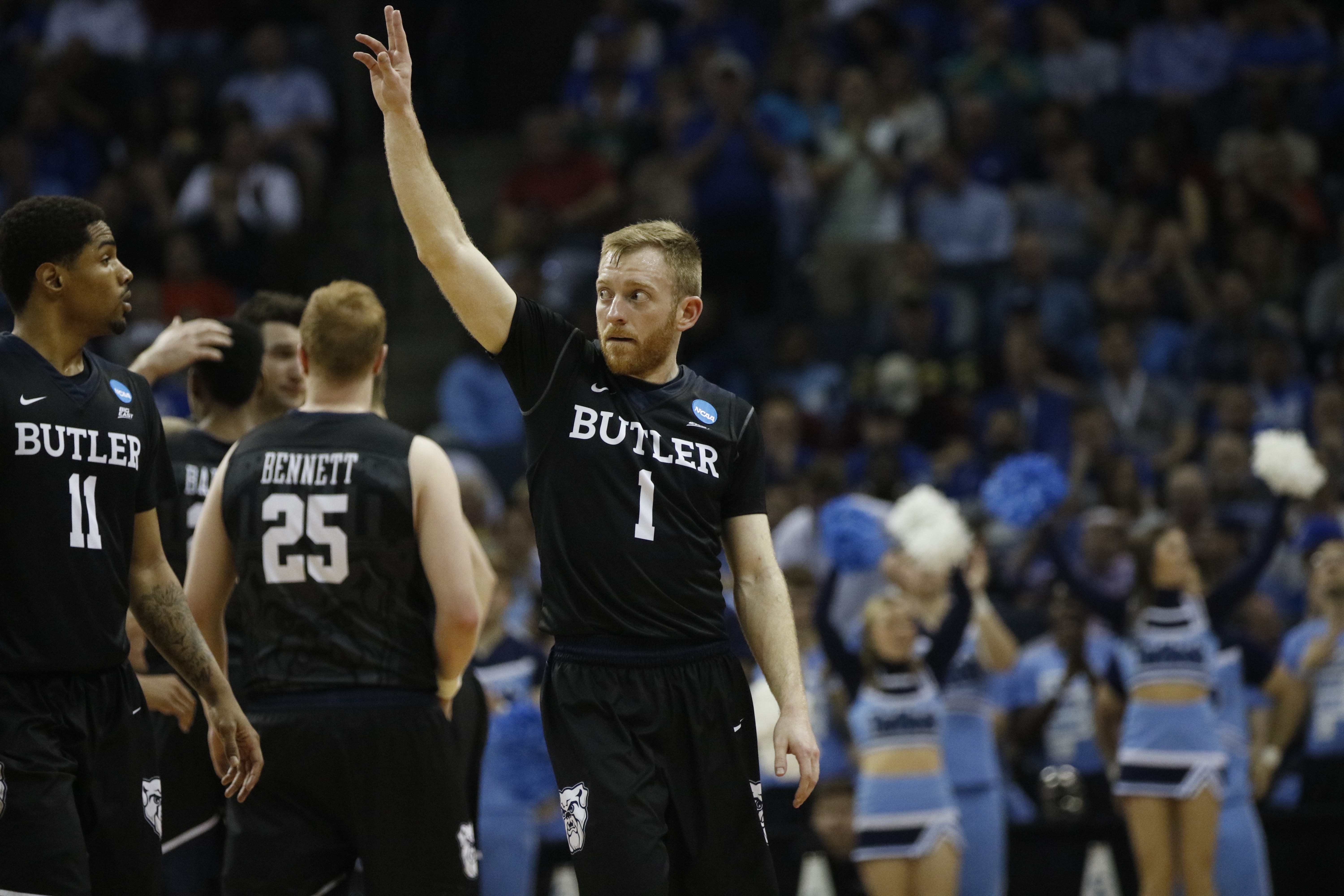 The No. 4 Butler University men’s basketball team found the exit on the road to Phoenix against No. 1 University of North Carolina March 24. Butler’s fans were obviously disappointed in the loss and sent much sympathy to the graduating seniors. Nonetheless, fans are still optimistic about what’s to come.

Great season for these guys and the rest of the crew #Dawgs https://t.co/Gq4lMHYLKM

Never more proud to be a Butler Bulldog.

I’m disappointed in the outcome of the game, but certainly not upset with a #Sweet16 season. Proud of @ButlerMBB & all they’ve accomplished.

Thanks @ty1ewis for all the wonderful memories. So proud of you, but more importantly you are a great young man pic.twitter.com/4gQRs5g22Y

Thank you for an amazing season, @ButlerMBB. Always proud of the fight in our Dawgs. #GoDawgs

#RaiseEmUp for one of the best Butler teams of all time #Dawgs pic.twitter.com/y6CnmwZ3AE

Hell of a season for Chris Holtmann and Butler.

It is still a great day to be a Bulldog.

Win some, lose some. Bulldogs ever do or die. #GoDawgs see y’all at Hinkle in October! @ButlerMBB

To Chrabs. 140? I can’t even. You stuck around when it got rough and grew into one of the greatest. The Butler Way was lucky to have you.

I love the Dawgs so much. Made this portion of my life so much fun. Won’t ever forget the last 4 years. #GoDawgs

Preseason 6th in the Big East

Beat #1 ranked team in the country

Try to convince me this wasn’t a successful season

Will always be proud to be a Butler Bulldog. This year was labeled a “rebuilding year” and the Dawgs went to the sweet 16 #Dawgs @ButlerMBB

That loss was tough. Saying goodbye to those seniors is tougher. Still proud. Thanks for a great season, @ButlerMBB #GoDawgs

Quite the season, @ButlerMBB. Way more than most expected. Thanks for the run.

Seeing chrabs cry is about enough, that kid is everything

Butler ran into a buzzsaw.

I really thought Butler had a chance tonight, but the UNC board work the difference. @ButlerMBB should be proud. So should Coach Holtmann.

That hurt. But the Dawgs will be back, you can count on that.

Safe to say most people didn’t have Butler in the Sweet 16 at the start of the year. What a tremendous season for the Bulldogs.

Chrabs I love you, what a hell of a career

Dawgs til I die. Thanks for everything Chrabs, T-Lew, Avery, Kethan, Steve, and Trey. It’s coming one of these days I know it ?

Such a great season. Beating number 1 team twice. Proud to be a DAWG

If this is a rebuilding year I’m ok with that

Wish we had more BENNETTBOMBS and “is Pettus dressed” moments.