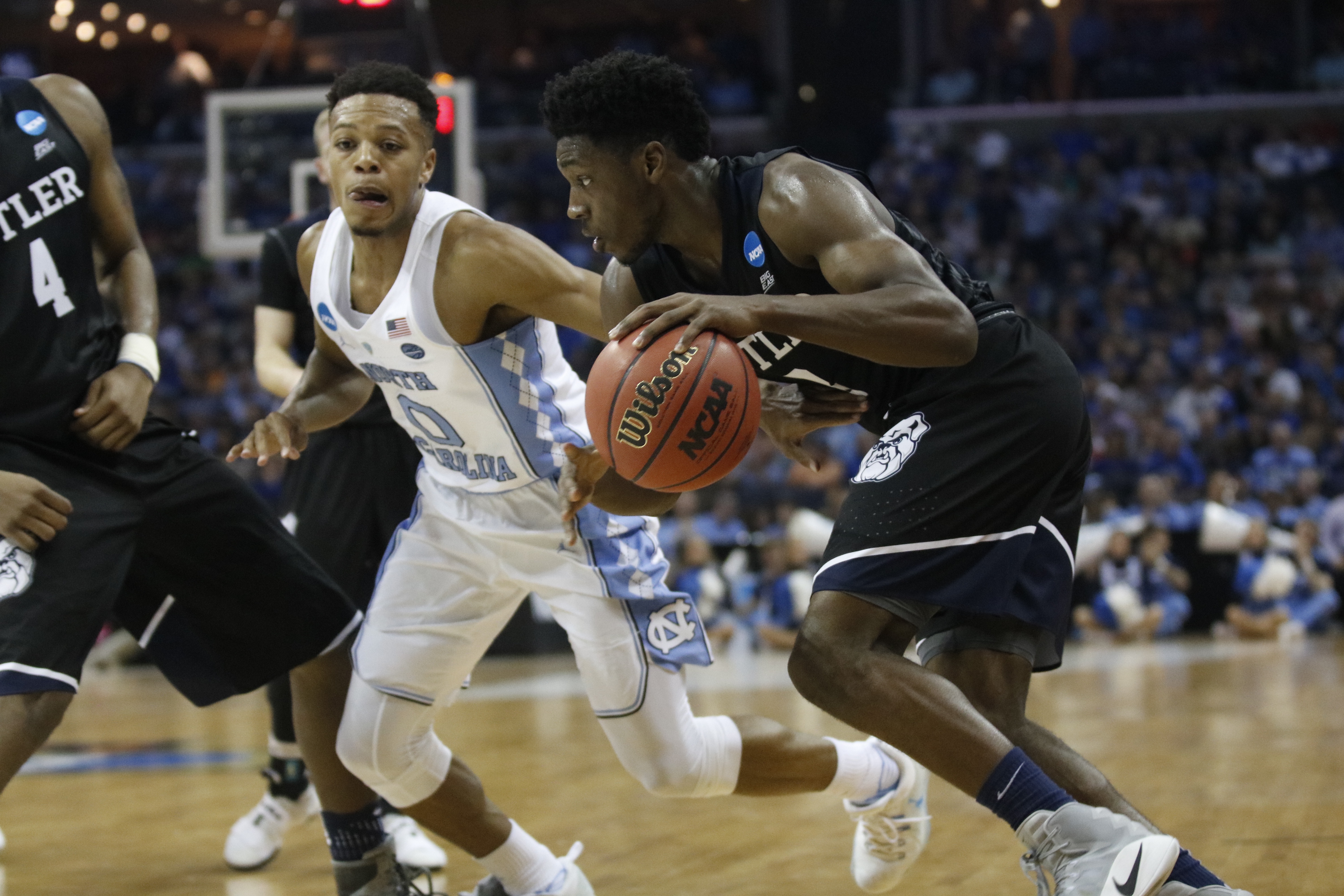 Kamar Baldwin drives to his left against a North Carolina defender. Baldwin scored 14 points against the Tar Heels. Photo by Jimmy Lafakis.

“This is a sudden end to one of the most special teams I’ve ever been a part of for sure,” Butler head coach Chris Holtmann said during the post game press conference.

At the 12:08 minute mark in the first half, North Carolina built their lead to 10 points. From there, the closest the Bulldogs got was eight points. The Tar Heels took and kept control of the contest early.

“We let them get into a rhythm, especially in the beginning,” Andrew Chrabascz said. “When you let a team like that feel good about themselves, it’s tough to get them out of that with how many talented guys they have on their team. And also they answered every run that we had. They had some type of big shot that they knocked down.”

Joel Berry II led the Tar Heels in scoring with 26 points while Justin Jackson added 24 points. Luke Maye was the other scorer in double figures with 16 points. Maye also grabbed 12 rebounds to record a double double.

Avery Woodson, who was 8-of-14 from three point range in the first two games of the tournament, shot 2-of-8 from behind the arc and ended with eight points.

With the loss, the Bulldogs are now 2-5 against No. 1 seeds in the NCAA Tournament. They lost 77-69 against the No. 1 seed Virginia Cavaliers in last year’s tournament to be eliminated in the Round of 32.

Butler had also won the last two meetings between the teams, which came in 2012 and 2014 on neutral site courts. The all-time series between the two is now 3-3.

The Tar Heels held a double digit lead for the majority of the first half due to their hot shooting and some defensive lapses and turnovers from Butler. North Carolina shot 18-of-34 (53 percent) from the field and 8-of-17 (47 percent) from three point range to take a 52-36 lead into the half.

It's been a great ride with this group. So proud to call these guys Bulldogs. ?? pic.twitter.com/ncTza5GpyH