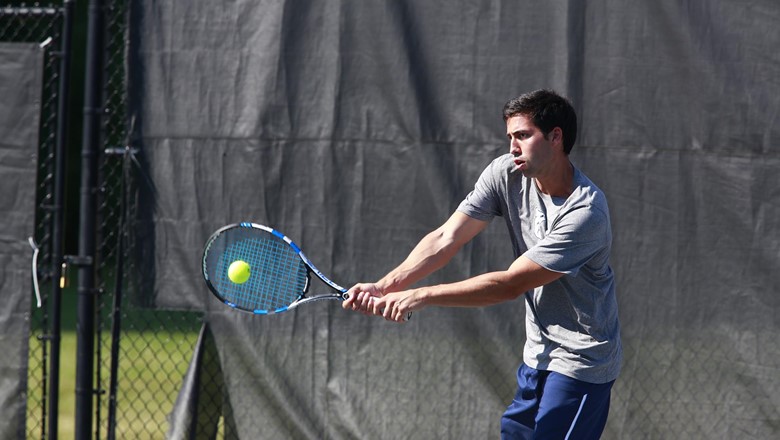 Mikheil Khmiadashvili goes for a backhand on the court. Photo from butlersports.com.

The Butler University men’s tennis team captured their 11th win of the season against Marian University on March 17 with a 4-0 victory.

The victory marks their fifth straight win, and it bumps the Bulldogs’ record to 11-3 on the season.

Senior Mikheil Khmiadashvili and sophomore Mason Dragos earned a 6-1 doubles victory in the No. 1 spot.

Khimiadashvili, Dragos and sophomore Spencer Lang earned singles victories in the No. 1, 2 and 3 spots, respectively. Lang’s victory clinched the win for the Bulldogs.

Their next match will take place on March 29 at 4 p.m. against Ball State University at home.