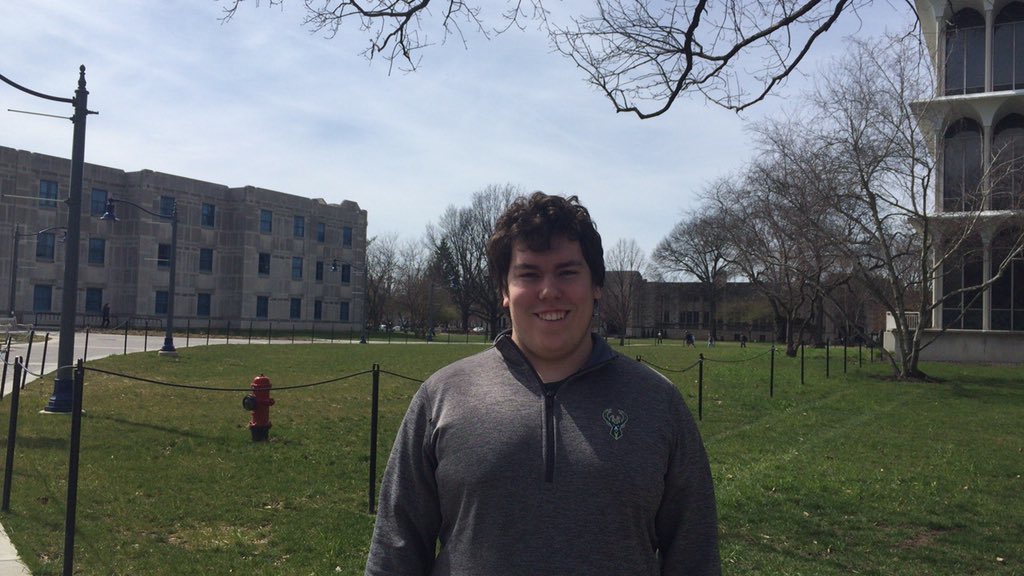 Lukas Harkins, a sophomore healthcare and business major at Butler University, did not see anything that surprised him on Selection Sunday. He correctly predicted the 68 teams that made up this year’s NCAA Men’s Basketball Tournament.

Harkins is Butler’s version of ESPN bracketologist Joe Lunardi; he begins looking at the bracket and breaking down tournament teams long before selection Sunday. Harkins said he started formulating his bracket in the first week of December.

During his freshman year, Harkins began his own bracketology blog called Hardwired Through Sports where he discusses the NCAA Tournament.

Harkins then joined Busting Brackets, a FanSided blogging site, in the fall of 2016. There, he began posting bracketology articles in early December.

“I was at a new site, so I started early because I wanted to make sure I had a fan base later in the year,” Harkins said.

Foul numbers are not always accurate assessments of refs, but…

Harkins published a new article every Monday from December to the last week of January laying out the potential foundation of the 2017 tournament. In mid-January, he began posting a bubble watch article, a piece about the teams on the edge of the tournament, every Wednesday. In the last month of the season he added another post on Fridays as well.

Along with bracketology, Harkins contributes to Busting Brackets by writing game previews, recaps and producing longer slideshows on the site.

Carmine Carcieri, editor of Busting Brackets, said his impact on the site goes beyond the pieces that he writes.

“He is one of the hardest working writers on our staff,” Carcieri said. “He communicates effectively with me on a daily basis. He genuinely cares about the site.”

Along with blogging, Harkins also watches a fair amount of basketball. He watches every Butler basketball game, his home state team, the University of Wisconsin and any other game that interests him.

Adam Preda, a Butler sophomore and friend of Harkins, watches a lot of basketball with Harkins throughout the season.

“We watch the big games together,” Preda said. “But Lukas has seen every team in the tournament play at least twice. He keeps up on the mid-major conferences just as well as the major conferences. So I’d say he’s had to have seen over 200 games this season.”

This process resulted in Harkins correctly predicting all 68 teams included in the tournament, a result that did not exactly surprise him.

“He just considered it successful bracketology,” Preda said. “That’s what he does so he expects to be right.”

Harkins said the key to predicting teams correctly is not just to predict where the teams will go, but also to predict what the selection committee is thinking and what they are valuing in a team.

“This year the committee gave a lot of bias to the RPI,” Harkins said.

Rating Percentage Index, or RPI, is the rank of a team based on its wins, losses and strength of schedule. Harkins looks at this among several others things when deciding a tournament team.

“I look at RPI, strength of schedule, wins against the top 50 [RPI] and bad losses,” Harkins said. “And I define bad loss as a loss to a non-tournament team and any team outside the top 100 [RPI].”

When filling out his bracket, Harkins looks at two main components of a team’s resume. The first is a team’s record against the top 50 teams in the country and their wins away from home. This includes wins either on the road or on neutral site courts. He says that because the tournament is played on strictly neutral sites, the games are important to notice.

In his bracket, Harkins had the Butler Bulldogs reaching the Elite Eight in Memphis, Tennessee. He cited the team’s ability to beat anybody this season as a reason for his prediction even with three major programs in the South Region.

After the first two rounds of the tournament, Harkins has been most surprised by the Xavier Musketeers, who have been dominant so far even after a 3-6 end to their regular season.

“Xavier has been the most surprising team so far because of how strong they have looked,” Harkins said. “Having now beaten Maryland and Florida State by 11 and 25 points, respectively, Trevon Blueitt and the Musketeers have been dominant so far.”

Harkins’ bracket includes Villanova, Gonzaga, Oregon and Kentucky in the Final Four. He predicts Gonzaga will cut down the nets in Phoenix.