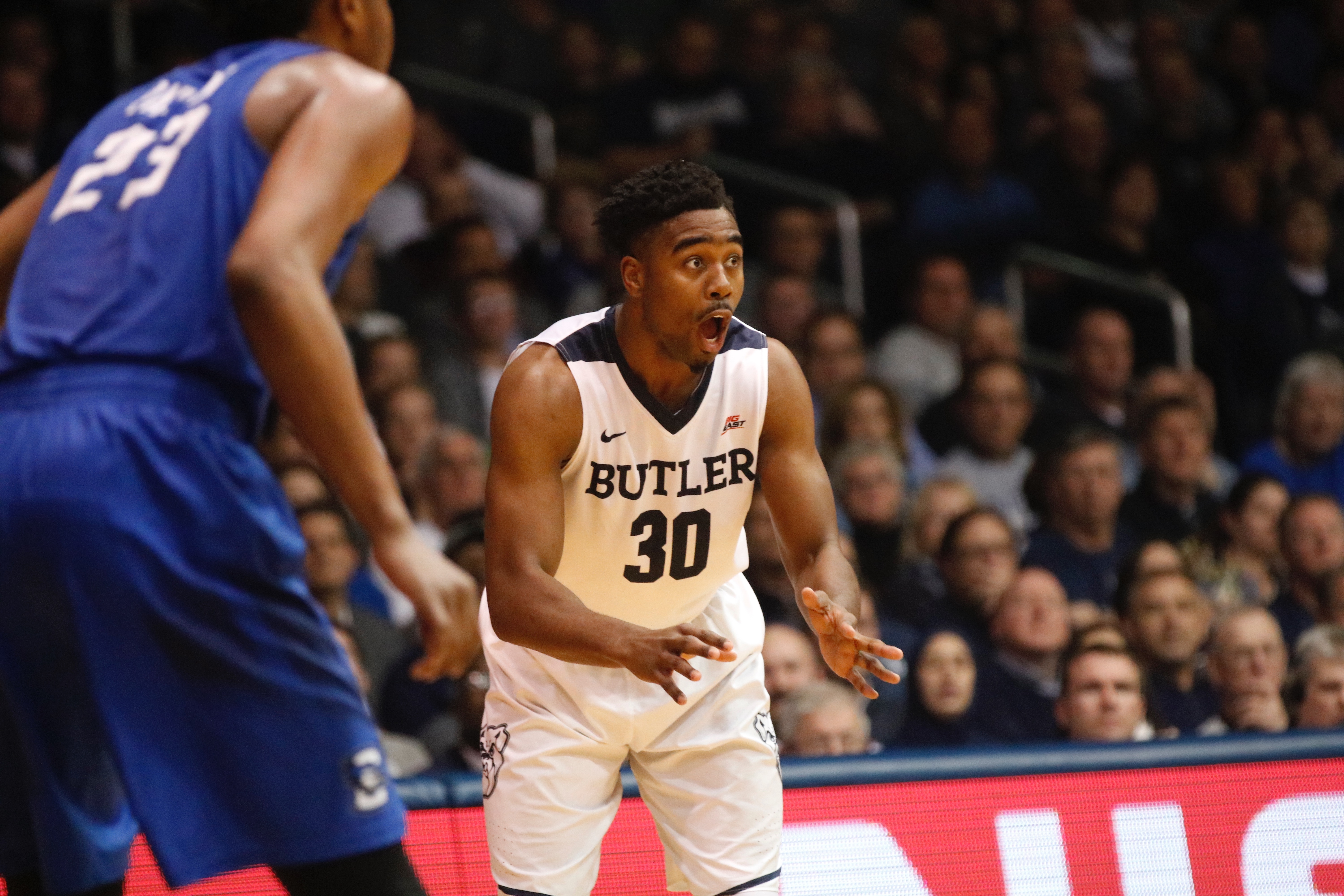 The No. 22 Butler University men’s basketball team finished one of their toughest weeks of the season with another road win, this time over Big East Conference rival Xavier University. Check out how social media reacted to the ‘Dawgs’ win on Sunday.

Bulldogs with an explosive second half and ultimately “X” out Xavier for an 88-79 win! pic.twitter.com/MbTIRDE9aL

Hey Holt, how many times did Butler beat Xavier? pic.twitter.com/EplDWcmPYz

In the midst of all the excitement, I forgot to say … pic.twitter.com/iYV0dpa4RV

Tell us about that win, Kelan! pic.twitter.com/c2kZ5TL2Qc

Hey, Kelan. How many times did you beat Xavier this season? pic.twitter.com/BOJUhsuq8e

When you beat Nova and Xavier in the same week #GoDawgs #JustKeepWinning pic.twitter.com/0vxCK4T5lr

Back to back wins in two of the toughest arenas in the conference!! Besides Hinkle of course ?

Big time win for the Boys! Great day to be a dawg ??

I am going to print this out and frame it.

got the brooms out for Nova AND Xavier ?

Oh, the Dawgs won again? This is my shocked face. #GoDawgs pic.twitter.com/LStDivqdAm

Swept Xavier and Nova this year, love it ??

What a week for Butler!

No. 22 Bulldogs follow win at Villanova with another impressive road victory over Xavier, 88-79. pic.twitter.com/4OMQbDM06w

Can’t underestimate how big of a win that is at X. Cintas is super hostile atmosphere. But they still don’t have these? pic.twitter.com/bplz9ZBODD