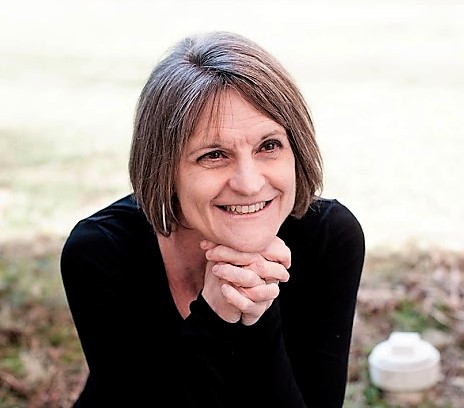 Sally Perkins will tell her story about Hinkle Fieldhouse on March 2. Photo from Sally Perkins.

When Hinkle Fieldhouse began renovations in 2014, the basketball mecca and Indiana gem stood as a building full of countless stories.

Throughout the renovation, the motto “Keep Hinkle, Hinkle” was kept in mind, so as to preserve the historical magic of the fieldhouse.

The renovation finished in late 2014, early 2015. It wasn’t until a few months later in April 2015 that Hinkle Fieldhouse was awarded the Cook Cup Award by Indiana Landmarks, the historic preservation organization of Indiana.

According to Indiana Landmarks, The Cook Cup is given to the owner of a significant structure that completed high standards of renovation. Judges critique the structure on importance, condition, magnitude of restoration and the impact the structure has on the community.

Once the award is given, the organization teams up with Storytelling Arts of Indiana and finds a professional storyteller to craft a story about that building.

Sally Perkins is an adjunct professor at Butler University and has been at the school since 2004. She runs the speaker’s lab in the Fairbanks Building and teaches Rhetoric and the American Demographic, a speech class.

Aside from teaching, Perkins began informally telling stories roughly 10 years ago but started professionally about eight years ago.

“There is nothing that gives me greater pleasure than truly taking an audience somewhere that neither of us can see, through stories,” she said.

Perkins described storytelling as an in between books and movies, but more than theater, for she is able to break the fourth wall and acknowledge the audience.

“I was asked if I would accept the commission to do this work on Hinkle Fieldhouse,” Perkins said. “Which, you know, is a huge undertaking because your job is to create a single story, out of a hodgepodge — a huge range — of little stories that you research and read about and hear when interviewing people.”

Perkins grew up in Indianapolis, so she is no stranger to Hinkle Fieldhouse. She remembers going to a women’s basketball tournament when she was young. However, when Perkins was in high school, the high school basketball state championships were no longer taking place in Hinkle.

Perkins conducted 15 months worth of research for her one-hour story.

“I knew this was going to be a monumental task,” she said. “Thousands upon thousands of people have come in and out of Hinkle. I could still be interviewing people. You never feel like you have enough.”

“Keeping Hinkle, Hinkle” will take place March 2 in the Johnson Room of Robertson Hall at 5:30 p.m. The event is a BCR credit.

The overall story of “Keeping Hinkle, Hinkle” will include smaller stories about nail-biter games, romance, gender inequality, racial inequality, generosity of alumni, little children in danger, Tony Hinkle and people who are instrumental in making things happen at the fieldhouse.

First-year student Allie Moffett plans to attend Perkins’ presentation. She, like most people, said that Hinkle is known as a place where basketball is played.

“Honestly, in class Dr. Perkins has just such a lively and engaging personality,” Moffett said. “I feel like she’s going to offer a lot of unique stories about Hinkle that you wouldn’t otherwise get out of it. She gave us a little bit of a preview in class.”

The story is not told in chronological order.

“There is a direction the story takes,” she said, “a narrative that drives the story. It is about how some characters come to terms with the meaning of that building. The story is a quest to understand the meaning behind Hinkle Fieldhouse and why its architecture is significant to the meaning of the space.”

Perkins did not reveal the details of the story, so as to surprise those who are able to attend.

“I know that sounds really boring, but I’m very hesitant,” she said. “There are a lot of surprises.”

Although the story recounts historical events, Perkins insisted that it is not a historical talk on Hinkle.

“I am a storyteller, not a historian,” she said.

When CCOM professor Eileen Taylor attended the event last year, she said she gained so much more than she expected.

“I expected a history of Hinkle,” Taylor said. “What actually happened was that her storytelling technique actually brought it alive. She used words to bring everything alive in Hinkle.”

Perkins emphasizes that she has “done her homework” in regards to the history of Hinkle.

“It is absolutely the truth of the matter,” Perkins said. “Is every detail true? Maybe, maybe not. In my case with my story, as an audience member you will know what is really true and exactly what is an artistic design.”

“Keeping Hinkle, Hinkle” premiered in June 2016 in Hinkle Fieldhouse. But tomorrow’s landscape will be much different.

Due to this, Perkins will enhance the story with some visuals, so as to better portray the Hinkle environment. Elissa McKee, a multi-media coordinator in CCOM, put together the visual for Perkins, and Perkins said she is very appreciative, for she can now truly take this story anywhere.

Although Perkins has told this story without visuals before and it still works, she said it will “add a nice touch to the story.”

This is only the second time Perkins has told the story for a large audience.

“I have hopes and dreams that this story will be picked up and used in many, many ways for many audiences,” she said. “I would love to be able to have people hear it more.”

Taylor agreed that any audience will appreciate the story Perkins is telling.

“I didn’t feel there was a target audience,” she said. “When I went in, I thought that I was getting a history lesson. I went in there to learn something and I felt a part of what she was saying. I felt myself in the stands.”

This is Perkins’ second commission about a building and fourth about something historic in Indiana.

Hinkle Fieldhouse has stood on its hallowed ground for 89 years.