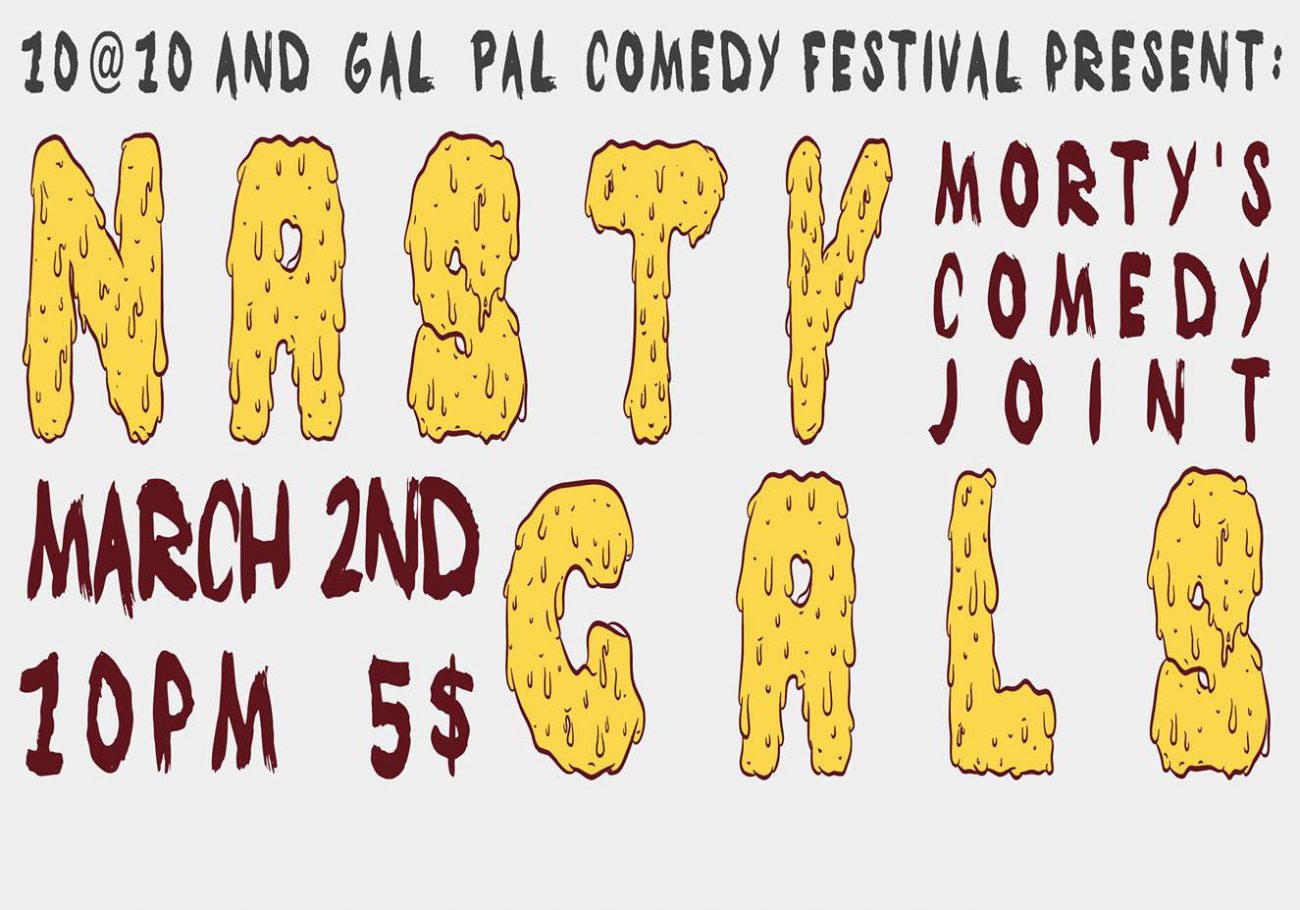 Photo courtesy of The 10 at 10 Comedy Showcase Facebook page.

The 10@10 Comedy Showcase and Gal Pal Comedy Festival at ComedySportz presents “Nasty Gals: a Benefit for PPINK & and Damien Center,” March 2, at 10 p.m. at Morty’s Comedy Joint in Indianapolis. All ticket sales from the show will go to Planned Parenthood of Indiana and Northern Kentucky, or PPINK. The show will also be collecting donated hygiene items to donate to the Damien Center, Indiana’s largest AIDs service organization.

Butler junior strategic communications major Shannon Rostin has been doing comedy for two years and will perform at the benefit. Rostin said that while showing support for Planned Parenthood has always been important to her, she thinks especially with the current political times, the show is making an awesome statement.

“I’m honored to be a part of the lineup of talents and inspiring, bad-a– women,” Rostin said. “It’s amazing to be a part of a show that believes in the empowerment of women.”

Erin Carr and Gwen Sunkel, co-producers and hosts of the 10@10 Comedy Showcase every Thursday night, organized the benefit. Following the 2016 election, Carr said she suggested an all-female stand-up benefit in December that she and Sunkel called “Nasty Women.”

“After the election I felt pretty small, and my first thought was we need to keep getting women’s voices heard and support women’s programs,” Carr said.

Carr said the festival showcases women in all types of comedy.

“We thought it would be cool to do a kickoff benefit, so we called this one ‘Nasty Gals,’” Carr said.

Sunkel said that giving back to the community has always been an important part of her life.

“This seemed like a great way to get some empowered females involved in that,” Sunkel said. “I contacted PPINK and they were excited to work with us. Morty’s has also been supportive.”

“We had a regular time and venue…and we work with lots of great local female comedians regularly on our show, so we had lots of talent to pull from,” Carr said.

Elise Whitaker is a political science and history student at Indiana University-Purdue University Indianapolis and has been in comedy for two years. Whitaker participated in the first benefit in December.

“I’m really excited and honored that Erin and Gwen asked me to do this show,” Whitaker said.

Whitaker has worked as a community organizer for political campaigns. She said that because she is politically active, it is cool to see people continue to support organizations that are losing funding.

“This is really a cool way folks are able to show that they care and get involved,” Whitaker said. “What’s unique about this show is that we are showcasing women in comedy. We have a lot of great female comedians in this city.”

Rostin said the show is not just for women, and everyone should see the show.

“Do it. Everybody do it. Support support support,” Rostin said. “Everyone can and should come to support the show. It will be full of laughter and some of my favorite ladies in comedy.”

Carr said there is much excitement from the comedians about the show. “Not one woman we asked to do either show has said no and many have noted that it’s been really empowering for them,” Carr said. “We actually have more interest than we have space for performers, which shows how the scene is growing here in Indy.”

Sunkel said there will be door prizes of unbelievable value at the benefit.

“The audience can expect a hot lineup of fierce women slinging their best jokes and a high energy show,” Sunkel said.