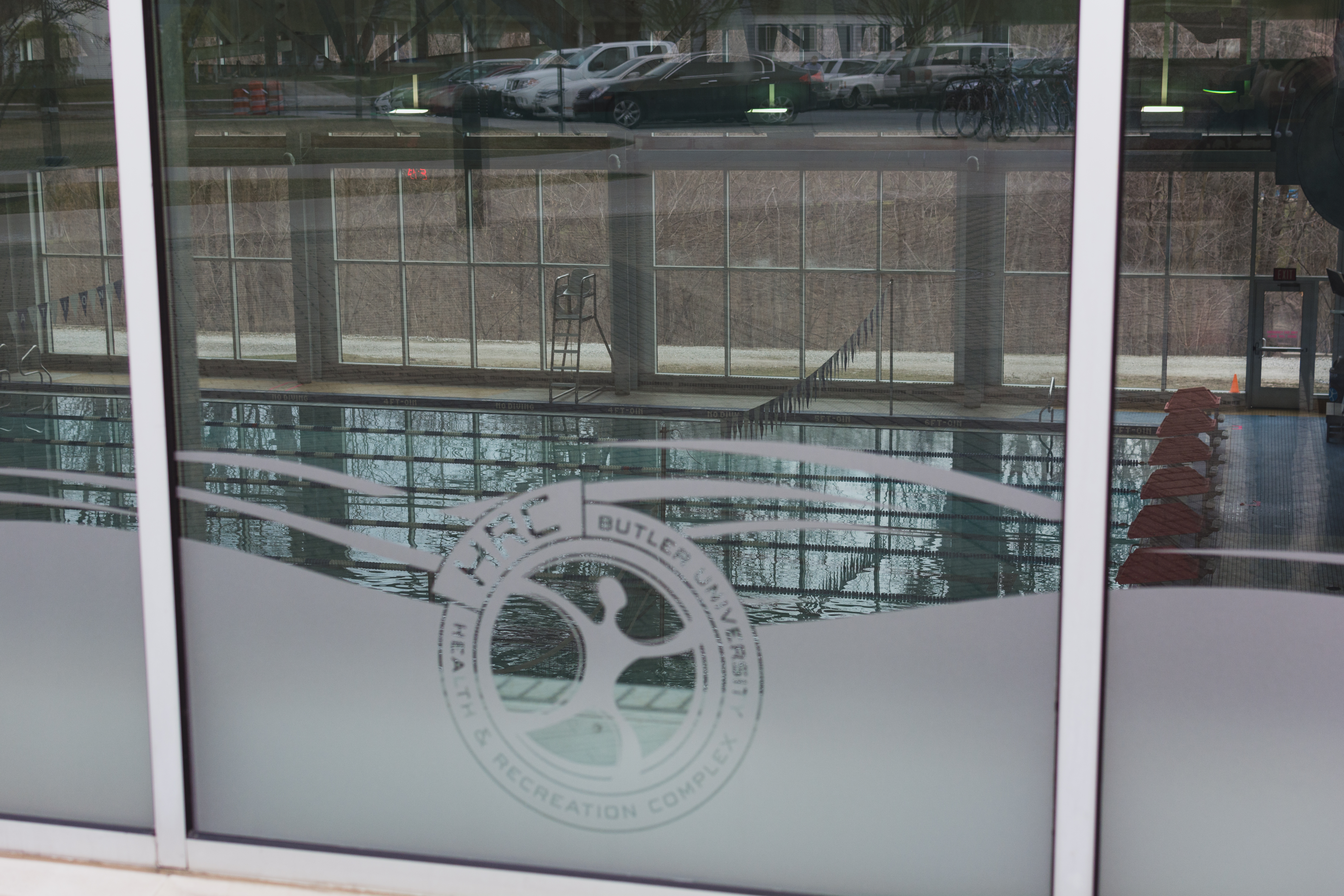 Butler’s Health and Recreation Center is experiencing multiple instances of disrepair that have been affecting both students and athletes for the last couple of weeks.

The HRC celebrated its 10th anniversary this year and has been the talk of campus lately with brand new automated check-in gates that give going to the gym a sort of Star Trek feel. However, the fitness and aquatic center have some other problems that need to be fixed.

The HRC declined an interview, but Josh Downing, the HRC’s associate director, addressed in a statement some of the issues plaguing the HRC.

The aquatic center normally has lights in the ceiling as well as in the pool itself, but due to the age of the building, the pool lights have partially failed, and the ceiling lights are dimmer than they used to be.

“The pool hours at the HRC are currently reduced to ensure safety of our patrons and staff due to concerns about the lighting levels,” Downing said.

To help compensate for the hours of operation reduction, the Indianapolis Jewish Community Center has opened up for Butler students and other HRC members to use as well.

Both pools’ hours of operation can be found online.

“We regret that the reduced hours have adversely impacted our customers, including our Butler swim team,” Downing said.

Junior business major Josh Toly said he is frustrated by the limited hours.

“They really need to fix the lighting in there, because I usually go at night,” Toly said, “That’s when I have free time, and now I’m out of luck. I’m not too excited about it.”

The lighting problem is scheduled to be fixed over spring break. The university plans to drain the pool and replace both the ceiling and the underwater lights with brand new LED lights.

Over break, some general repairs are also to be made to the HRC, such as regrouting tile and fixing plaster that lies in disrepair.

“Given the scope of this additional work, the pool closure may need to be extended a week or two beyond spring break,” Downing said.

In addition to the pool area, there is a water fountain in between the basketball courts and the multi-purpose room that has been broken for weeks.

Carl Nelson, first-year strategic communication major, frequents the HRC’s basketball courts and is not happy about the broken fountain.

“It’s definitely inconvenient,” Nelson said. “Like, where else are you going to get anything else to drink? You’ve gotta go upstairs. It’s a pretty easy fix I feel like and it is kind of lazy on their part to not just replace it.”

The HRC Aquatic Center will be on the revised schedule until further notice.