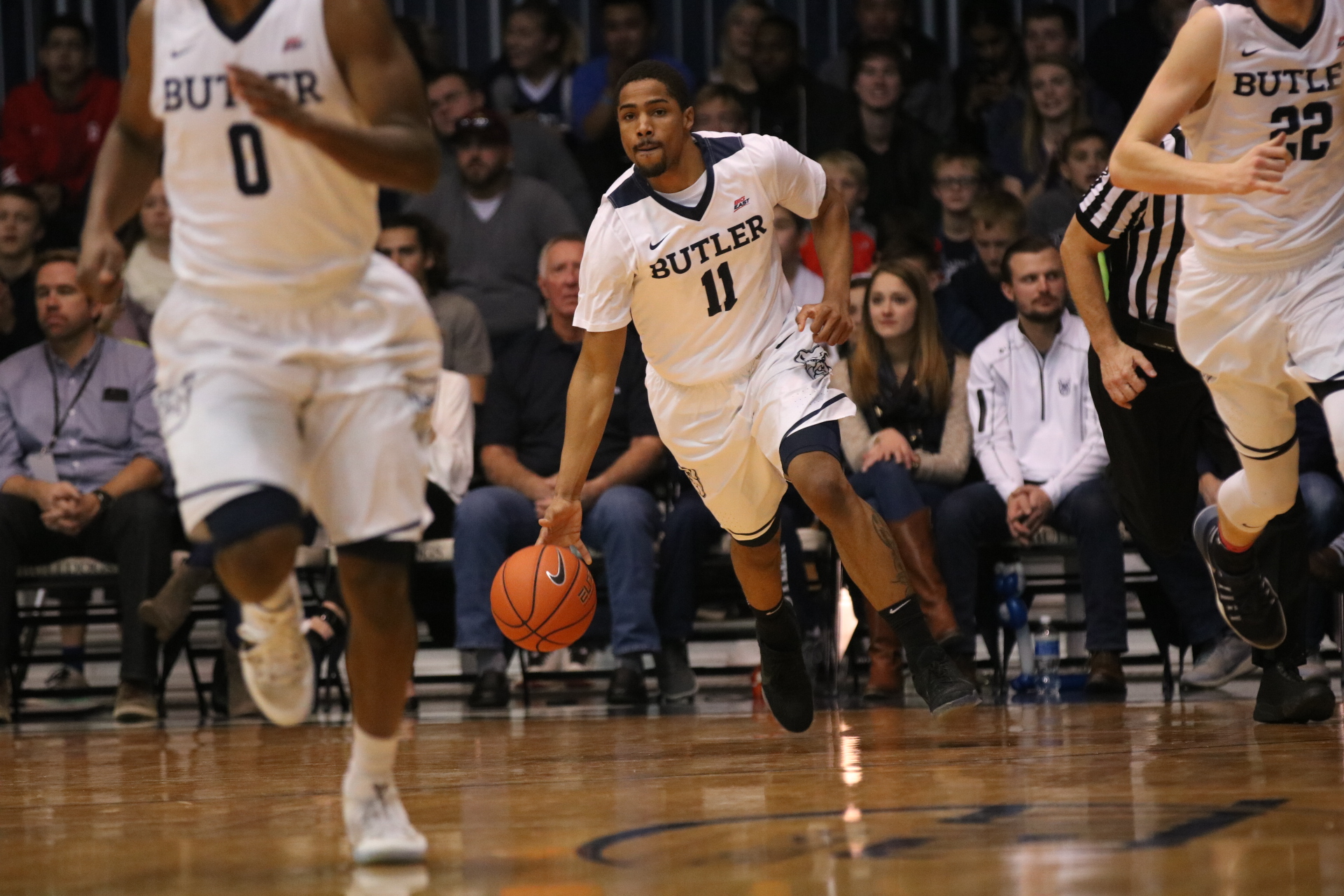 Kethan Savage dribbles the ball up the floor in a contest earlier this year. Savage finished with 13 points against Providence. Collegian file photo.

The No. 22 Butler University men’s basketball team lost 71-65 to the Providence Friars on Feb. 11 at the Dunkin’ Donuts Center in Providence, R.I.

On a day when the NCAA tournament selection committee selected the Bulldogs (19-6, 8-5 Big East) as their top four seed (13th overall) for their early version bracket, the team failed to meet those expectations.

Butler head coach Chris Holtmann picked up a technical foul with less than a minute left in the game after disagreeing with a referee on a call. The technical didn’t cost Butler the game, but it served as a fitting end to a below average performance for the 22nd ranked team in the country.

After playing solid defense in the first half, Butler failed to get a crucial stop down the stretch. The Friars shot 15-of-27 (56%) from the field in the second half.

Tough one here in Providence. Check out some second half highlights… pic.twitter.com/Yg2ggWD1Kx

Nate Fowler provided a spark off the bench as he poured in a career and team high 19 points on 7-of-9 shooting. Kethan Savage and Andrew Chrabascz each reached double figures with 13 and 12 points respectively. Kamar Baldwin grabbed a team high 11 rebounds.

Kelan Martin scored eight points (3-of-11), shot 0-of-4 from three point range and led the team with three turnovers.

Butler managed to out rebound Providence 37 to 32 but committed two more turnovers.

The Bulldogs have had numerous bad first halves this year, but one could argue their offensive start this time was the worst one yet. Butler shot 8-of-28 (29%) from the field and 0-of-8 from deep in the first half. However, they executed properly on defense to hold onto a 25-23 lead at the half.

In the two teams’ previous meeting this year, the Bulldogs had a hot shooting performance to win 78-61 on Jan. 1 in Hinkle Fieldhouse.