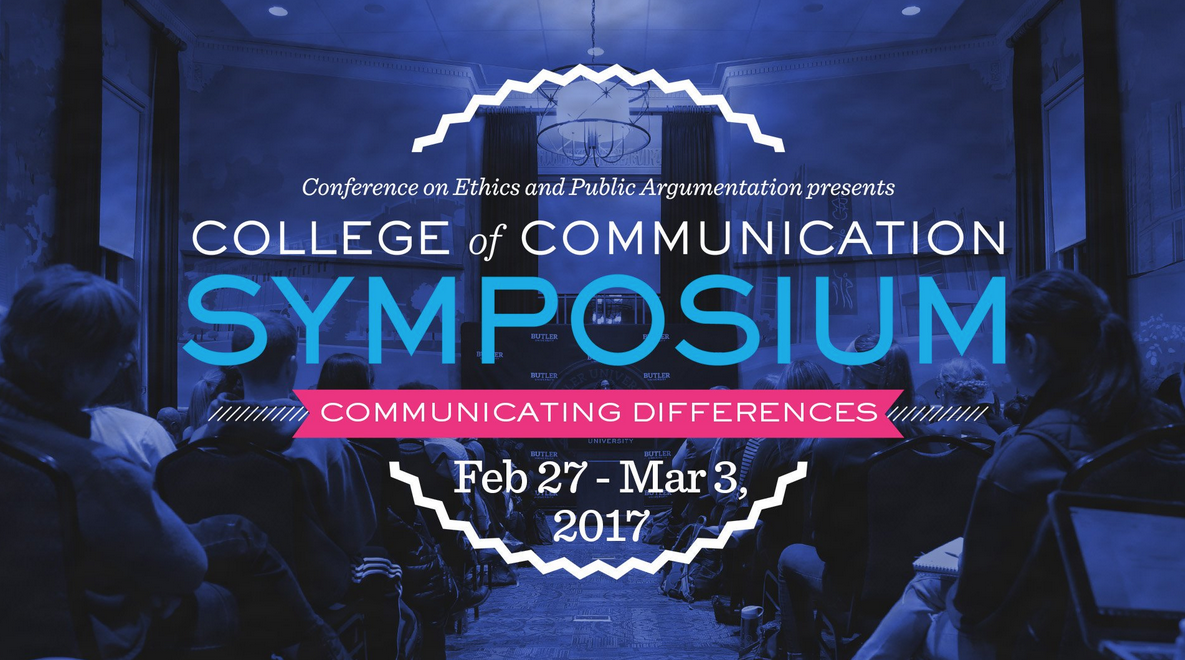 The symposium features 11 guest speakers whose work spans from journalism to filmmaking  to music. Their presentations are tied together under a theme of “Communicating Difference.”

This year’s theme differs from those of the past by concentrating on the fact that there are various ways of communicating, journalism professor Scott Bridge said.

This year’s speakers range from documentary filmmakers to print journalists and even includes a blues concert by Jason Ricci and the Bad Kind.

“Music is a way of communicating with people,” Bridge said.  “The blues by their very nature, if you know anything about blues, is usually communicating feelings about…any number of things, so it’s about communicating.”

In addition to a unique theme, this year’s event stands out due to the number of alumni returning to campus.

One such alum is Wendi Thomas ‘93, an independent journalist who graduated from Butler after switching her major from pharmacy to journalism.

“It has just been a perfect career,” Thomas said, “So to be able to come back to the school that sparked that love of journalism and gave me a really solid foundation is very special and I am looking forward to it.”

The symposium’s theme of “Communicating Difference” directly relates to her career. Her most recent work is a year-long reporting project on economic justice, Thomas said.

Thomas said her presentation will focus on “the idea that journalism can be a tool to right wrongs, to champion the underdog, to speak truth to power, and that that’s a form of justice.”

Thomas is not the only notable alum included in the symposium. Also returning is Jen Christensen ‘94, who is currently a producer and editor with CNN’s Health, Medical and Wellness Unit.

“I was really honored when my former news director and prof Scott Bridge asked me to come back to campus and talk about diversity from the perspective of someone working in a busy newsroom like CNN,” Christensen said.

Christensen is the president of the National Gay Lesbian Journalism Association, and her presentation at the symposium will focus on diversity in the media. She graduated from Butler with a degree in Radio/TV.

“I hope that [students] will see from the stories I share…exactly how essential diversity of race, gender, sexual orientation, gender identity, class, and diversity of background, opinion and interest is in a newsroom if we are going to meet our ultimate goal: to create honest and truthful forms of mass media,” Christensen said.

The diversity of the speakers and their presentations are meant to leave the attendees with a sense that communicating difference can be done in a civil way, Bridge said.

“It really is pretty simple,” Bridge said. “We can all have differences and we can all still get along.”

The symposium begins Feb. 20 with a screening of Andrew Cohen’s most recent film, “Night School”.