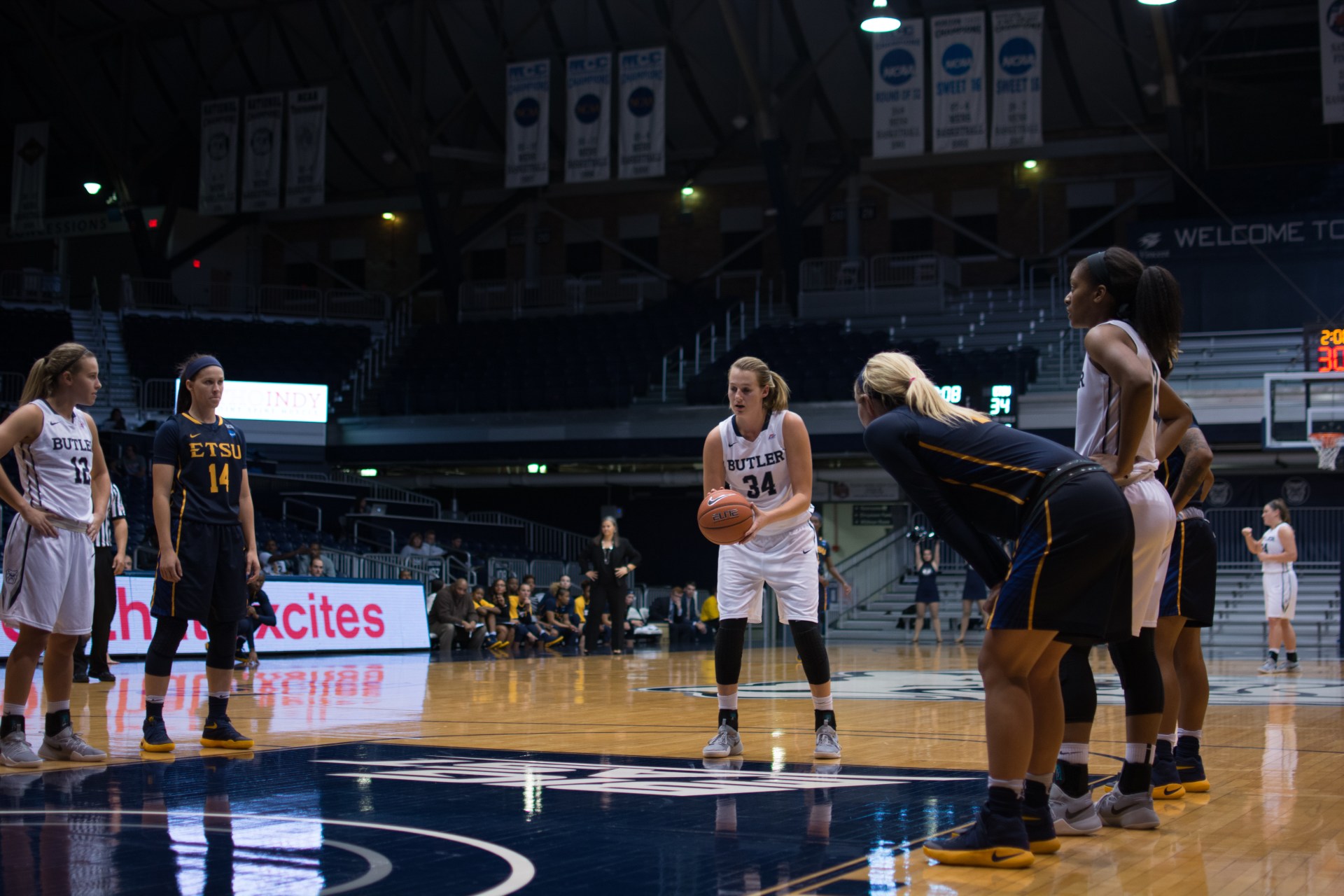 The Butler University women’s basketball team lost for the seventh straight game on Feb. 4 against Xavier University by a score of 53-43.

Things looked bright for the Bulldogs . Not only was the light shining through the windows of Hinkle Fieldhouse, the team could see the light at the end of a hyperbolic losing streak tunnel. Butler held a five point lead at the end of the third quarter after making five threes and holding Xavier to shoot 25 percent in the quarter.

But another late letdown and a rally from the Musketeers gave Butler yet another league loss. Xavier dominated the last 10 minutes of action, going on a 19-5 run. Butler had no answer to the hot Xavier free throws, shooting a perfect 9-9 from the free throw line to finish the game. While Xavier continued to score, Butler could not buy a shot in the final quarter, shooting eight percent and going 0-5 from three.

Turnovers played a key role throughout the game. Xavier only gave the ball away three times in the second half, while Butler committed 10 turnovers. Also, Xavier outscored Butler off turnovers 18-9. The Musketeers also won the battle of the boards 44-40, while getting 14 offensive rebounds, more than Butler’s nine offensive rebounds.

Butler was held in check underneath by the Xavier defense. Sophomore forward Tori Schickel was only able to muster six points in the game, ending her streak of consecutive double-doubles at four. Schickel had foul trouble throughout the game, having four fouls throughout most of the fourth quarter.

“Shots fell in the third quarter and just didn’t fall in the fourth quarter,” Schickel said. “We’re going to have times like that, so we will need to find ways to score.”

Redshirt senior Raeshaun Gaffney and redshirt sophomore Imani Partlow led the Musketeers in scoring both with 13 points. They were both key for the Musketeers from the free throw line, shooting a combined 10-11.