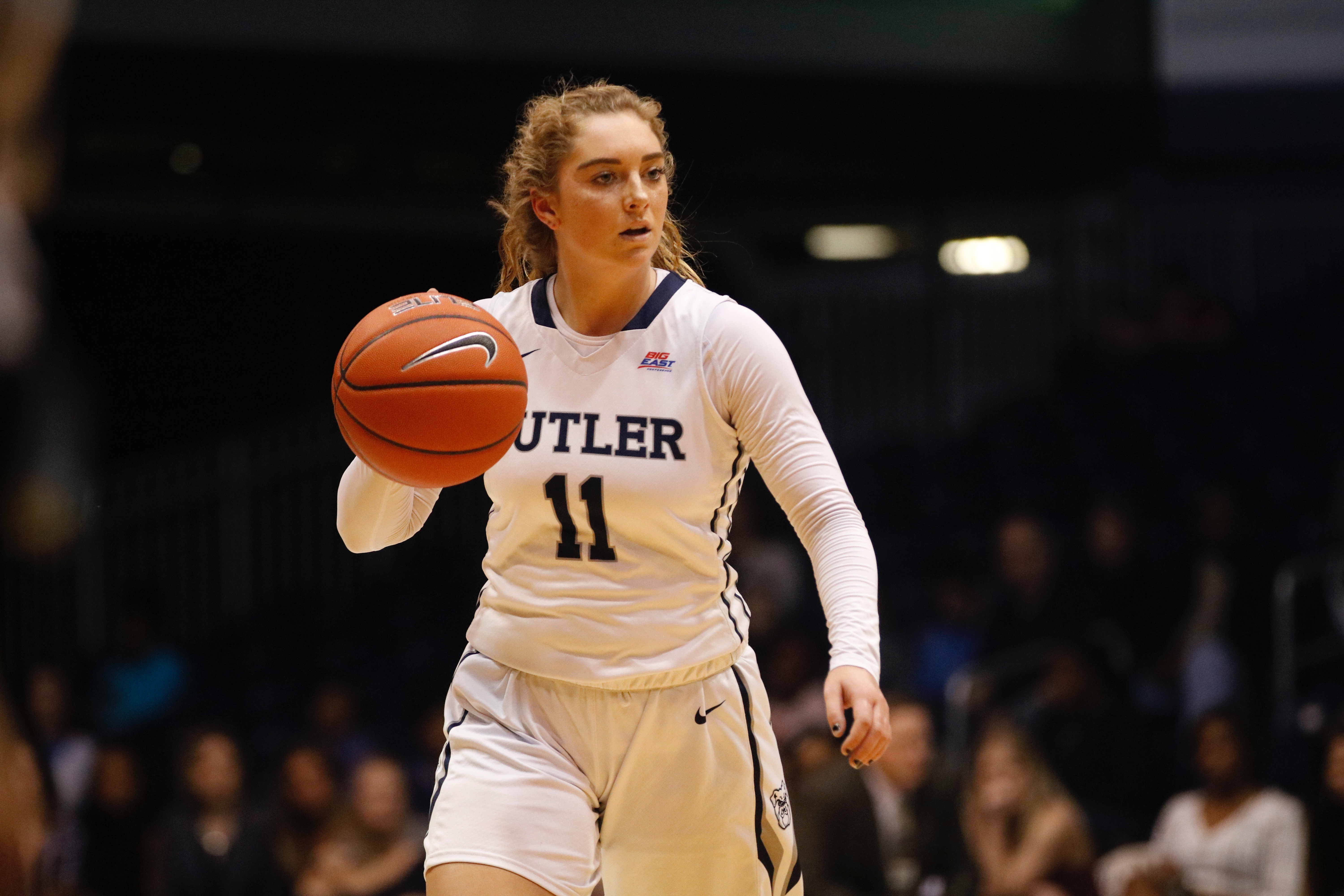 Sophomore guard Michelle Weaver dribbles the ball up the floor for the Bulldogs. Collegian file photo.

The Butler University women’s basketball team heads to Marquette University on March 4 to take on the Xavier University Musketeers at 5:00 p.m. ET at the Al McGuire Center in Milwaukee, Wisconsin in the opening game of the Big East Tournament.

The Bulldogs enter the tournament as the No. 10 seed after finishing last in the Big East regular season with a 2-16 record. They split the regular season meetings with Xavier, winning 65-62 in Cincinnati on Jan. 8, while losing to the Musketeers 53-43 in Indianapolis on Feb. 4.

With their previous success against Xavier this year, Butler head coach Kurt Godlevske said they have to play a complete game in order to beat their conference rival.

“We’re going to have to be very disciplined in what we do and what plays we run,” he said. “We have to be much more efficient.”

The 2017 @BIGEASTWBB Tournament Bracket Is Set!

In their first meeting on Jan. 8, the Bulldogs were led by sophomore forward Tori Schickel, with 20 points and 20 rebounds. Butler outscored Xavier 18-8 in the fourth quarter to force overtime. Sophomore guard Michelle Weaver, who scored 15 points in the comeback victory, said their team has adopted the underdog mentality heading into the tournament.

“At this point, we have nothing to lose,” Weaver said. “No one really expects us to win, so there is not any added pressure at all.”

Butler is one of the youngest teams in the Big East this year, starting four sophomores and one freshman throughout the regular season. Guard Sarah Humphrey, one of Butler’s four freshmen on the roster, hopes to gain in-game experience in the tournament. She sees the Big East tournament as a second chance.

“It’s just like starting over the whole season,” Humphrey said. “It’s 0-0. We can win all of the games and go to the NCAA tournament, just like any other team.”

Godlevske said he hopes this mentality will help his team play more carefree in the tournament.

“You don’t have to worry about having to play a perfect game,” Godlevske said. “We can just play loose, go up there and have fun and let the chips fall where they may.”

The winner of the first round game on Saturday will face the No. 2 seed and Big East regular season co-champion Creighton University on March 5 at 1:00 p.m. ET on Fox Sports 2.