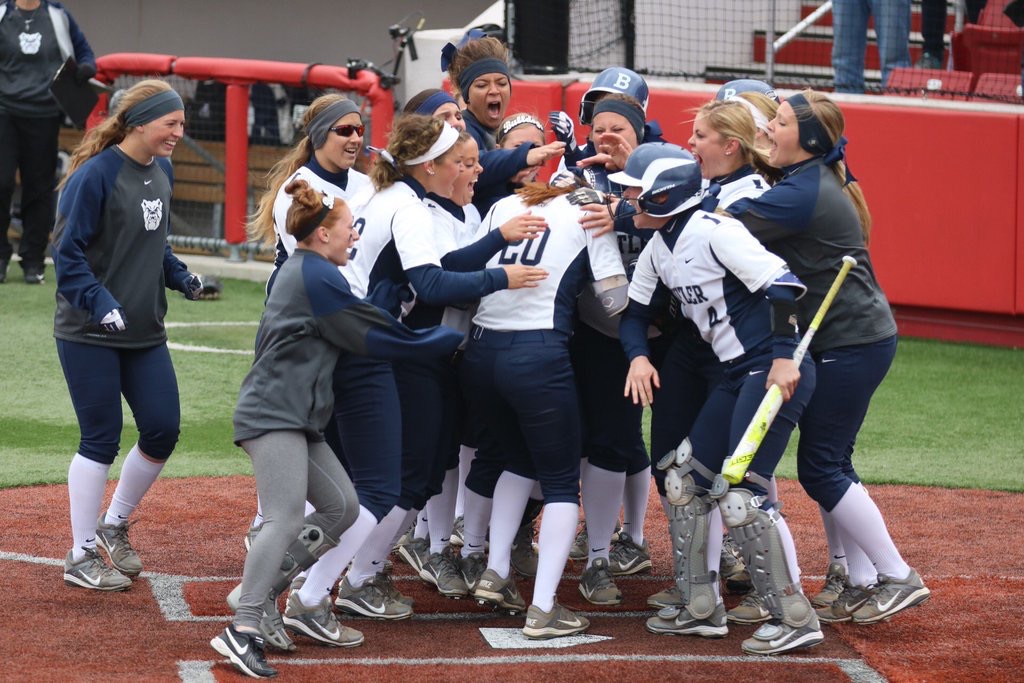 The Butler University softball team is coming off its most successful season in program history. A Big East championship and their first NCAA tournament appearance were remarkable achievements, but those accolades are in the rearview mirror.

The Bulldogs went 28-24 (9-7 Big East) last year and defeated DePaul University and St. John’s University in the Big East tournament. They advanced to the Lexington Regional at the University of Kentucky.

“We are always trying to build off of the previous culture,” Hall said. “We want to do things the Butler Way. We want to keep plugging away at it.”

Last month, Hall instructed each member of the team to come to practice with a word they wanted to focus on this season. The activity was created for the players to focus on individual aspects and also focus on team dynamics. He said he wanted to help build a strong “wall” and encouraged the players to “be the mortar.”

“It’s important for us to get the new kids to buy in,” Hall said. “Once you get in the tournament, you never know what could happen. Our kids learned that.”

Junior outfielder Sarah Dixon was named the Big East tournament’s Most Outstanding Player. She finished the tournament 4-for-5 with three runs, five RBI, a double, triple and home run. She chose “consistency” as her word for the season. Dixon said she selected that word because she struggled with it last season.

“It’s a clean slate,” Dixon said. “Consistency would benefit the team because they would trust that I would do my job for them. That is really important for us.”

Dixon, who played right field last year, will take on a leadership role as an upperclassman. She said the individuals on the roster can come together to help make the team great.

“We are focusing on using each of our individual roles and how they can come together to help get us some wins,” Dixon said. “We are just ready to get the show on the road.”

The Bulldogs will look to sophomore infielder/pitcher Kaitlin Doud to provide an additional offensive pop. Doud led Butler in home runs, RBI, total bases and finished second on the team in batting average during her freshman campaign. Doud said she has one specific goal in mind for this season.

“The next step is an NCAA tournament win,” Doud said. “Last year, we did something that people did not expect us to do. We just want to improve each year.”

Doud chose “dauntless” as her word for the season. She said she chose that word because it fits in with the team’s culture of working hard.

“I want us to walk on the field with determination and fearlessness,” Doud said. “I want us to get in a mindset of winning again, and I cannot wait to get going.”

Foreman said she chose “energy” as her word because she wants to bring a spark.

“We play a really long season, and it is definitely easy to get tired,” Foreman said. “I always try to bring that energy to keep it lively and fun.”

Foreman started in 12 of 39 games last season. She often pinch-ran and utilized her speed off the bench. Foreman said that the energy Butler brought in the grueling off-season proved crucial.

“Having morning weights in Hinkle four times a week was definitely tough,” Foreman said. “But we got through it because everyone knows what is expected of them.”