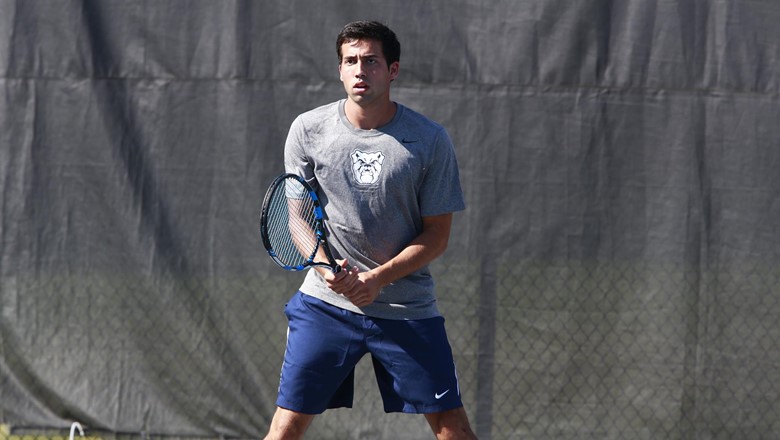 The Butler University men’s tennis team had action all three days over the weekend.

It began on Feb. 3 against Valparaiso University at the Courts of Northwest Indiana. Sophomore Mason Dragos and senior Mikheil Khmiadashvili earned the highlight for the day with a doubles win over ITA Nationally ranked No. 17 Jeffrey Schorsch and Charlie Eernhardt. The final score was 6-4.

However, the Bulldogs were unable to win any other matches and ended the day with a 0-7 loss to the Crusaders.

They rebounded the following day, earning a 6-0 victory over the Dayton Flyers on Feb. 4.

Khmiadashvili, Dragos and sophomores Aviv Ben Shabat, Spencer Lang and Ari Gerstein all scored victories during singles. The pairs of Ben Shabat and Gerstein and Lang and sophomore Temilope Adelakun earned doubles victories over the their opponents, 6-3.

The Bulldogs finished the weekend on Feb. 5 with a 6-1 win over the University of Southern Indiana.

The team takes on the University of Indianapolis on Feb. 10 at 3 p.m.