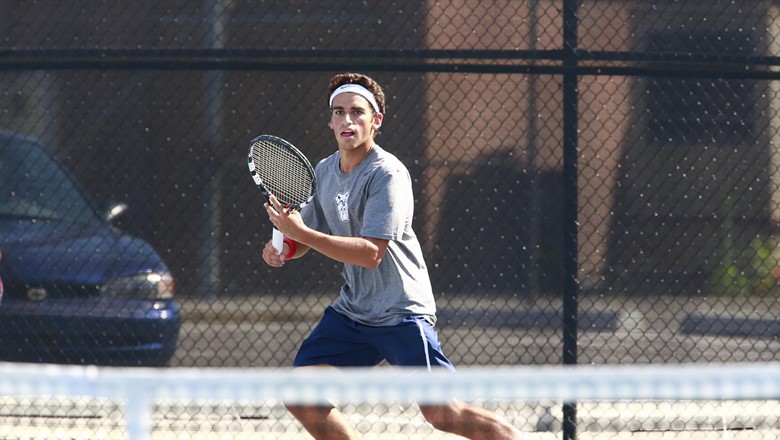 Sophomore Ari Gerstein waits for the ball to come his way. Photo from butlersports.com.

The Butler University men’s tennis team took home a hard fought win against the University of Indianapolis on Feb. 10.

The Bulldogs started out slow and lost all three doubles matches, leaving them with an early 3-0 hole to dig themselves out of.

Singles play started in a similar way to doubles play when sophomore Aviv Ben Shabat dropped the No. 1 match to A. Huertas Del Pino. However, Ben Shabat’s loss was the last for the Bulldogs on the day.

The team came back to win their final five matches from the No. 2 to No. 6 singles with Mikheil Khmiadashvili, Mason Dragos, Spencer Lang, Ari Gerstein and Adrian Mag, respectively. All matches except Lang’s concluded in two sets.

The 4-2 Bulldogs will take on Cleveland State on Feb. 16, looking to extend their three-match win streak.