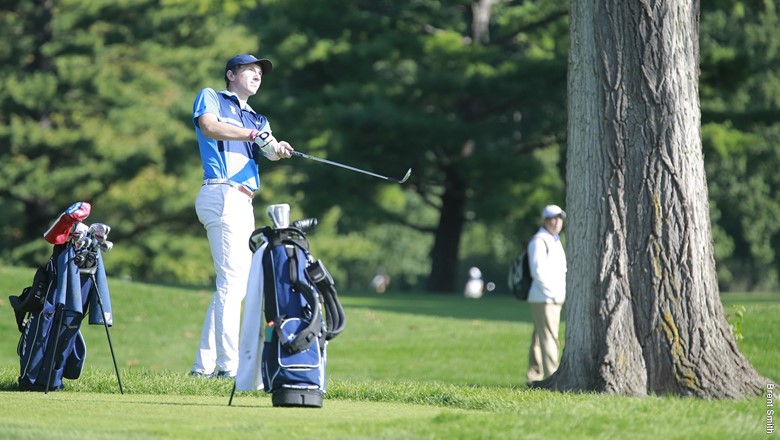 The Butler University men’s golf team began their 2017 spring season with an eighth place finish in Savannah, Georgia at the William and Mary Invitational.

Butler was led by senior Joey Arcuri who was the low individual, finishing with a three-round total of +3. Arcuri turned in three rounds 76 which was highlighted by his third round effort of 71.

Butler improved on each of their scores from the previous round. After starting the tournament with a first round total of 309, the Bulldogs backed that round up with two rounds under 300. The team finished the tournament in the final round with the third lowest team score of the day at 291 strokes and moved from tenth to eighth.

Following behind Arcuri, freshman Pat Allgeier and sophomore Zach Carrabine finished the tournament at +9 which was good enough for a T-36 placing. Freshman Michael Denner and sophomore Gehrig Hollatz finished T-49 and T-54 respectively to round out the Butler lineup.

Junior Hunter Byram, who competed as an individual, finished in a tie for 54th alongside Hollatz.

The College of William and Mary won the team competition with a wire-to-wire performance and a final team score of 12-under par to beat South Carolina Beaufort by 11 shots. William and Mary’s Austin Morrison won the individual title at -6 to beat his teammate David Hicks by two strokes.

The Butler men’s golf team returns to action March 6 when they travel to Jacksonville, Florida to compete in the Benbow Invitational.