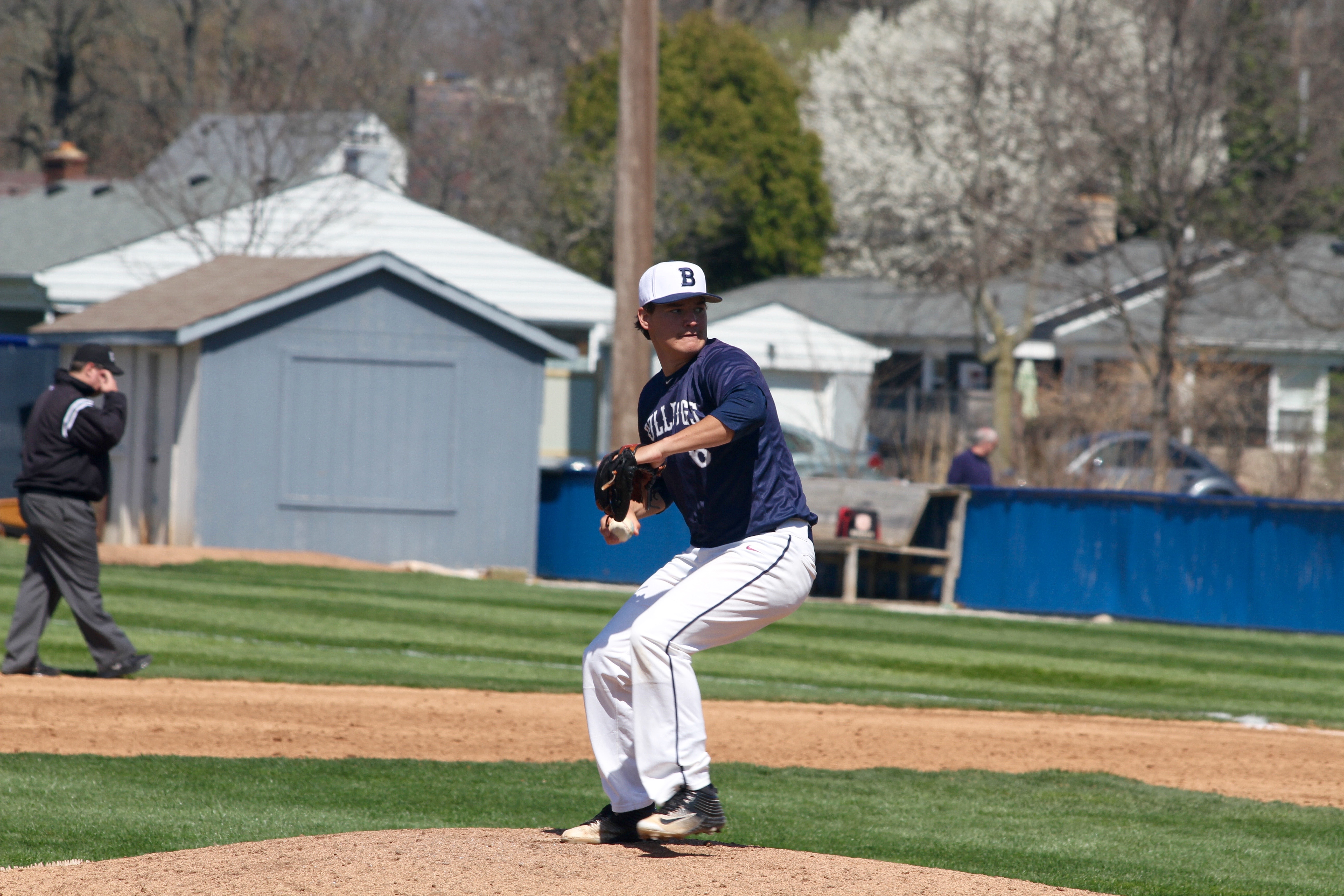 A Butler pitcher winds up on the mound. Photo from Collegian archives.

The Butler University baseball team came away with two victories in four games against Alcorn State University this weekend in Mississippi, putting their record at 5-3 for the year.

The Bulldogs kicked off the series with a 3-2 victory on Friday. Senior Jeff Schank went seven scoreless innings, only giving up one hit and striking out 12 batters to pick up his first win of the season.

Redshirt senior outfielder Chris Maranto’s leadoff home run, his second of the season, got Butler’s offense going early. Junior first baseman Jordan Lucio scored on an error to give the Bulldogs a 2-0 lead. Then, junior catcher Michael DiViesti knocked in Butler’s third run before the Braves scored two in the ninth inning.

The teams split Saturday’s doubleheader. Another home run by Maranto and junior outfielder Gehrig Parker’s first longball of the campaign propelled Butler to a 3-2 lead in game one before a 10-run seventh inning guided the Braves to a 13-8 win.

Junior Connor Mitchell threw a complete game one-hit shutout in the second matchup on Saturday, which the Bulldogs won 5-0. Butler put up four runs in the fourth inning. Senior shortstop Michael Hartnagel, DiViesti and Parker all drove in a run and crossed home plate themselves in the inning.

Alcorn State took the fourth and final game Sunday by a score of 5-1 thanks to three runs in the third inning and two more in the seventh. Hartnagel scored the Bulldogs’ lone run in the ninth after junior outfielder Tyler Houston walked with the bases loaded.

Butler will return to the diamond on March 3 against the University of Hartford in Davidson, North Carolina where they will play three games over the weekend.