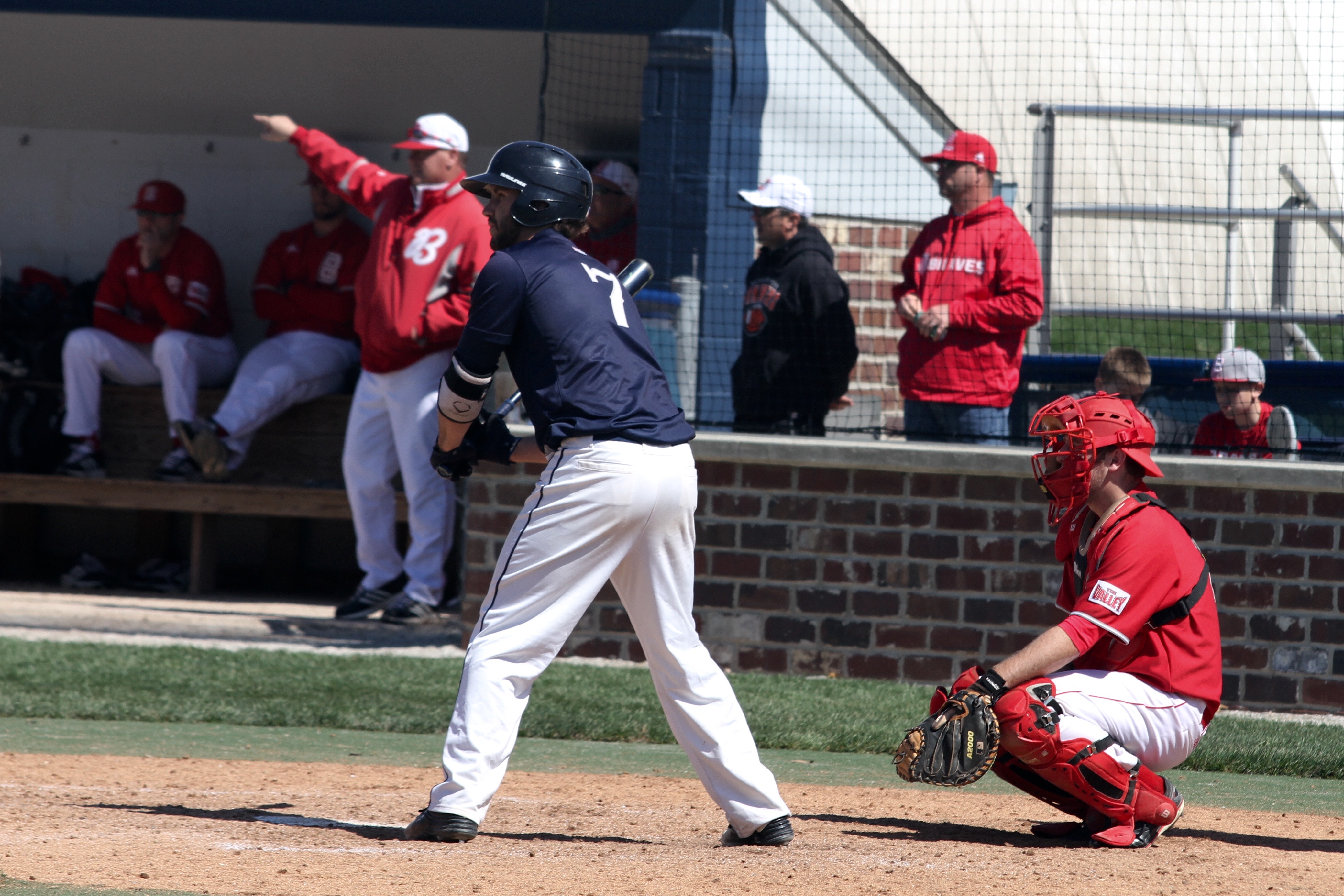 Catcher Michael DiVesti at the plate. Photo from Collegian archives.

The Butler University baseball team kicked off their season in a positive manner, winning three out of four games against LaSalle University and Ohio University in Lexington, South Carolina.

Butler split a doubleheader on Sunday, defeating La Salle 6-5 on a pinch-hit home run from freshman catcher Duncan Hewitt in the eighth inning of the first game. Junior Connor Mitchell surrendered two runs over five innings and was aided by home runs from redshirt senior Chris Maranto and senior designated hitter Michael DiViesti. The Bulldogs then fell to Ohio, 4-0, in the second game.

Butler will travel to Lorman, Mississippi next weekend to play a four game series against Alcorn State University.