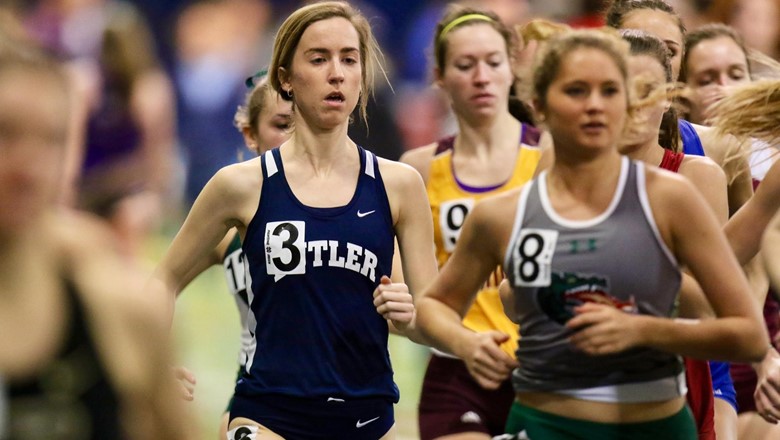 Only sending a part of the roster, the Butler University Track and Field Team still posted strong results at the University of Illinois Orange and Blue Open on Feb. 18.

This is the last indoor meet the Bulldogs will compete in before the Big East Indoor Championships this weekend.

For the women, Allie Vogeler and Clare McCabe’s both landed a spot in the top three. Vogeler finished second with a 58.04 in the 400-meter dash, while McCabe placed third with a time of 10:34.21 in the 3000-meter run.

On the other side, the men made an impressive showing with Sam Robinson taking home first place in the long jump with a jump just over 22 feet. Robinson also finished fourth in the triple jump, while Dakota Thompson tied for third in the high jump.

Euan Makepeace finished second in the 800-meter run with a time of 1:54.74. Sophomore Tim Vestudo placed fifth in both the 60-meter run and the 200-meter run.

This meet wraps up the Bulldogs’ indoor season as they will compete at the Big East Indoor Track and Field Championship on Feb. 24 and 25 in Staten Island, New York.