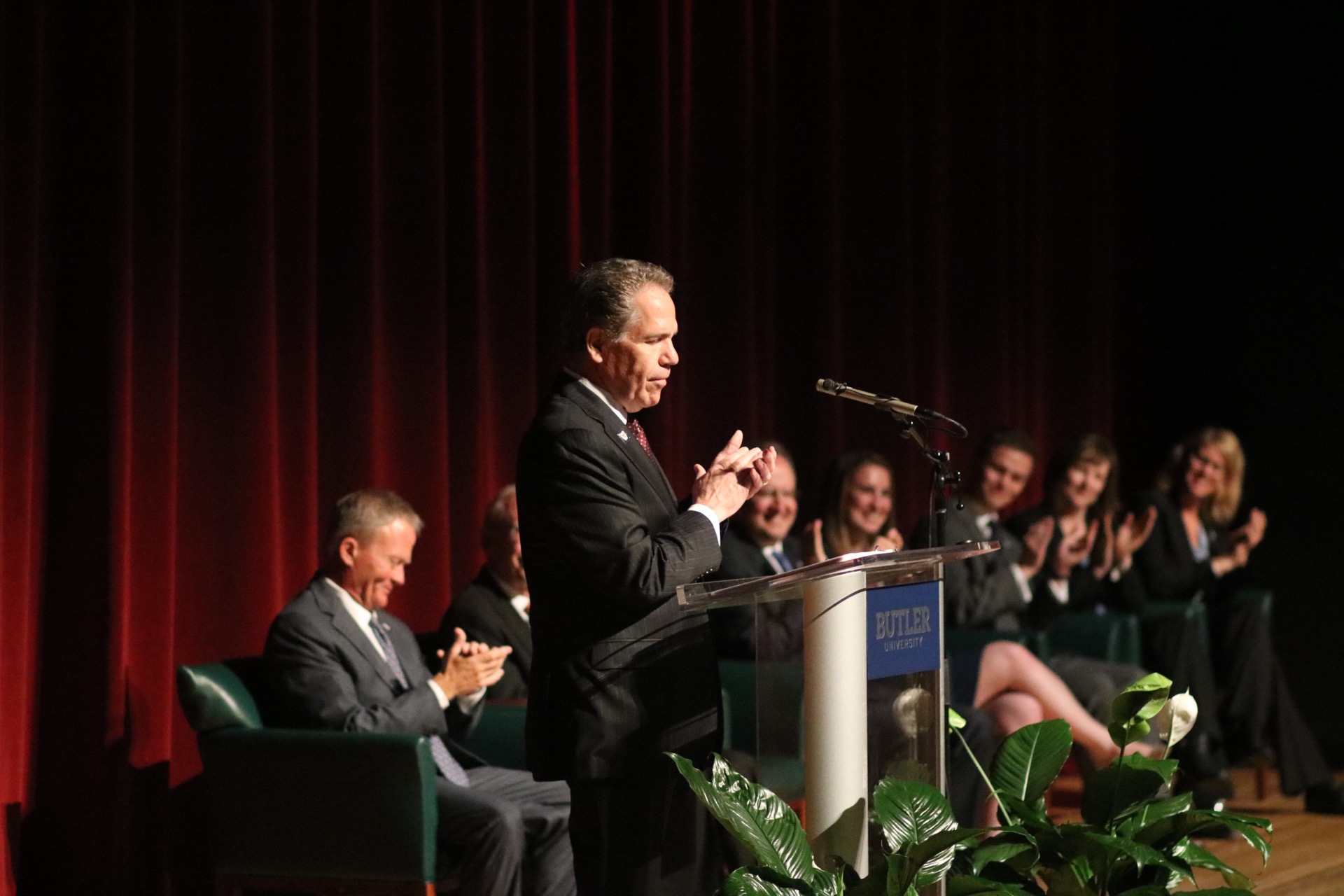 Before I came to the good land of Butler University, I spent a semester at Purdue University in West Lafayette. The campus is very large and the amount of people you pass daily is outrageous.

Purdue President Mitch Daniels, however, made himself seen. Daniels is a former governor of Indiana and now lives in the president’s mansion just off campus.

In the one semester I spent at Purdue, I met Daniels quite a few times. I would catch him in line at Starbucks, see him pumping iron at the gym or walking around passing time between presidential duties.

I am still on the email list of Purdue students, and we all recently received a letter from Daniels — which led me to thinking, why have I never met President James Danko?

I just started my third semester here, and I have yet to even run into the president. I find it to be strange since the campus is much smaller than Purdue’s. We get emails from Danko often, though that is all I’ve heard from the man.

I felt like maybe I am doing something wrong.

I go to games, I am involved in clubs and activities and I walk around quite a bit.

What more is a girl to do?

I emailed Danko’s secretary and asked if I could come in and finally meet the president, so that I can learn a little bit more about him for an article. His secretary responded very promptly and gave me his availability and even offered to assist me in gathering information.

Unfortunately, they can’t fit me in for another couple of weeks, so I decided to do some research in the meantime.

I wanted to know how many students have met Danko before to see if maybe I am an oddball.

It turns out, I might be one of few in my class (second year) or the class below who have not met him thus far.

Marissa Glantz, first year and digital media productions major, had quite the run in with Danko during her first few weeks on campus. Glantz ran into Danko and his wife walking their dog, which led to him asking if she was attending the Kesha concert later in the week.

Then their conversation led to Danko revealing that he was able to go meet Kesha backstage, and Glantz expressed that she was jealous.

After a couple of days, Glantz got an email that surely changed her weekend plans.

“I got an email from his secretary saying that President Danko remembered talking to me and has two extra VIP tickets if I was interested,” Glantz said. “I didn’t think he would even remember my name, let alone invite me to sit with him at the Kesha concert.”

Some students have met him because they are athletes.

Mason Dragos, sophomore finance and marketing major, plays tennis and was able to go to Danko’s house for an athletic gathering.

“We all met him last year at his house,” Dragos said. “He had all of the athletes over for apple cider and cookies. He is a really nice guy and he likes tennis.”

Danko has also welcomed students to his home for holiday gatherings.

“The party was open to all students so my friends and I went and we had a great time. I didn’t get to talk to him much there, or since, but he seems like a really cool guy,” Miller said.

Of the sophomores and freshmen that I asked, a large majority had formally met President Danko, and only a small percentage had not, or have at least seem him walking around campus.

It seems that I am the exception to my own research question. I was not expecting such a large number of students to know him and really see his personality.

I learned that you do not have to be an athlete, involved in numerous extra curriculars or a campus celebrity to meet Danko, but that you sometimes need to just be in the right place at the right time.

Once I have my formal meeting with Danko, I am sure that he will be pleased to know that he has covered much ground on campus and that he is well liked by many.

Stay tuned for my follow up on when I get to meet Danko for the first time. I hope to get to know his aspirations as far as being involved and interacting with students, and what he might have planned for students this semester.