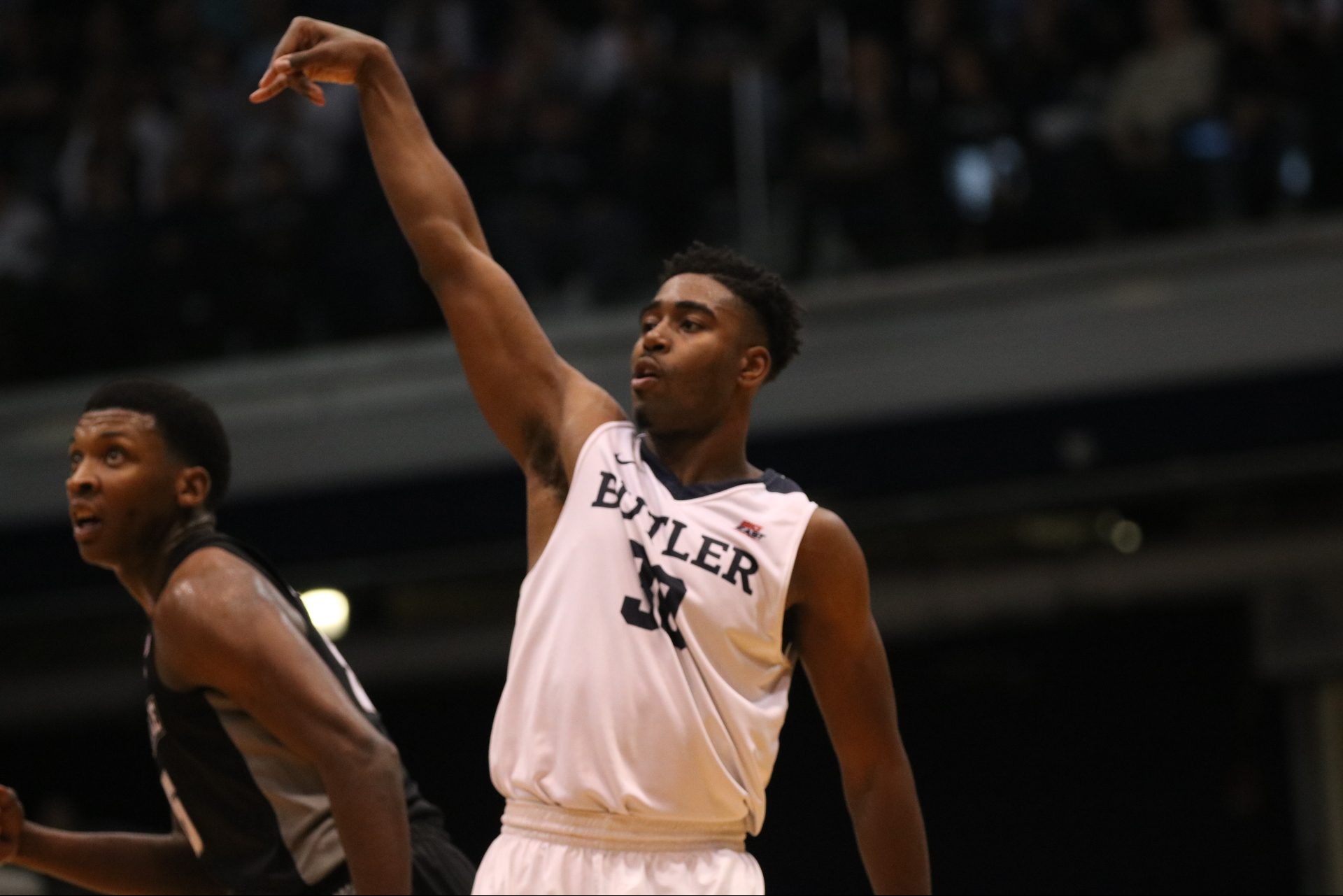 Kelan Martin follows through on a shot against Providence. Martin led the team in scoring and rebounding and scored his 1,000th career point at Butler. Photo by Jimmy Lafakis.

The No. 18 Butler University men’s basketball team picked up their first Big East win after beating the Providence Friars 78-61 on Jan. 1 in Hinkle Fieldhouse.

Four Bulldogs produced double figures in the scoring column. Kelan Martin led the team in scoring with 15 points and rebounding with eight rebounds. Andrew Chrabascz and Avery Woodson each finished with 11 points while Kethan Savage ended with 10 points. Chrabascz led the way in assists with a total of four.

“We have guys that are capable of going for big nights,” head coach Chris Holtmann said during the post game press conference. “If you can have balance to your offensive numbers, that’s much harder to guard than one or two guys that can have big nights.”

For Providence (10-5, 0-2 Big East), Rodney Bullock and Kyron Cartwright provided the majority of their offensive attack. Cartwright led all scorers with 26 points and Bullock poured in 17 points.

Butler (14) turned the ball over three more times than Providence (11), but the Bulldogs won the rebounding battle 30 to 26.

With a free throw in the first half, Martin accomplished the feat of scoring 1,000 points in his career at Butler. In news outside the game, the team announced freshman center Joey Brunk will apply for a hardship waiver in hopes of attaining a redshirt.

Butler’s next opponent will be the No. 1 Villanova Wildcats. The Bulldogs will face the Wildcats in a sold out Hinkle Fieldhouse on Jan. 4, and the tip off is scheduled for 6:30 p.m. on FS1.