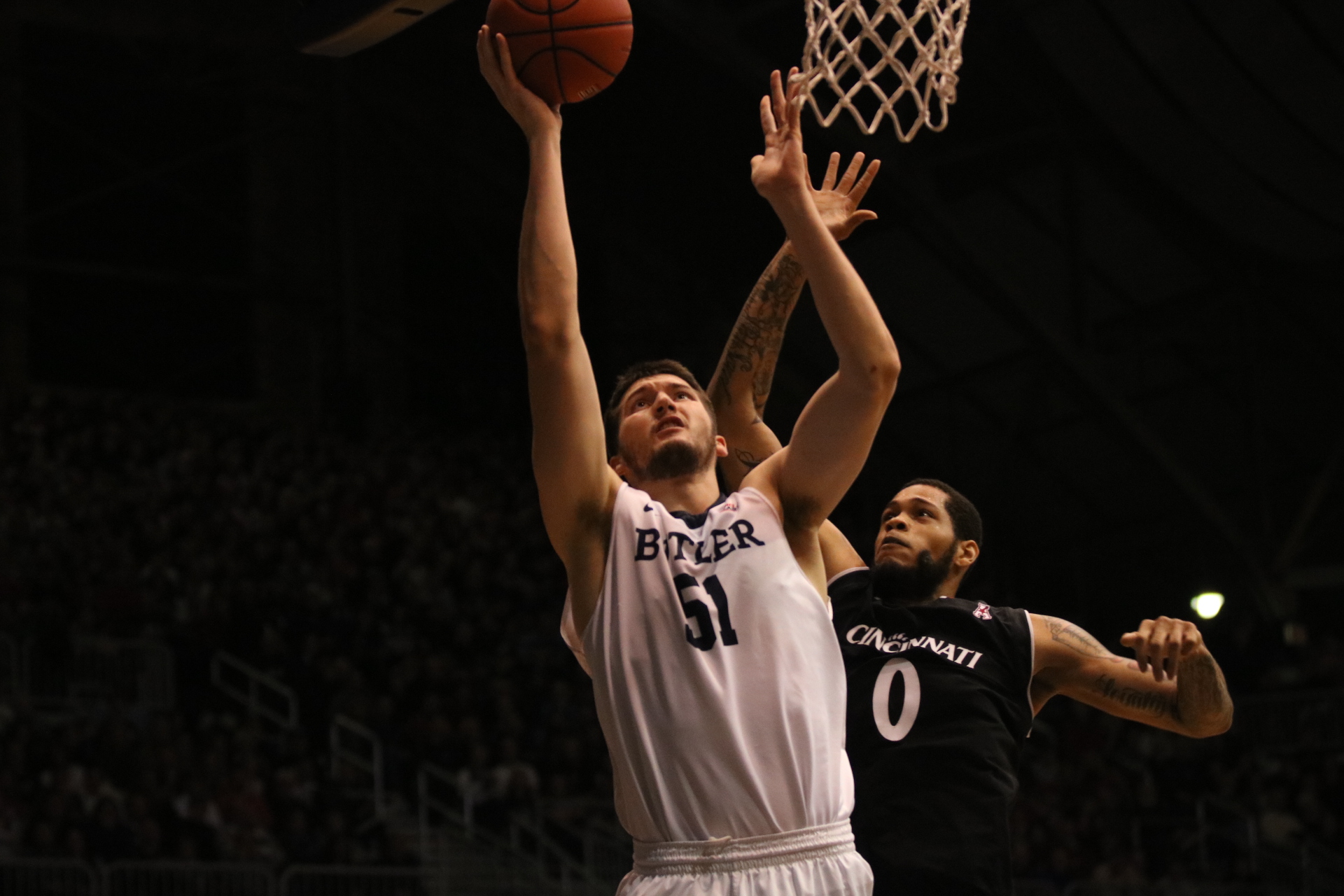 Nate Fowler rises with his right hand to bank in a shot in the paint. Against Georgetown, he scored five points in the last minute to extend the game to overtime. Collegian file photo.

After beating the No. 1 Villanova Wildcats on Jan. 4, the No.18 Butler University men’s basketball team capped off an impressive week with an 85-76 overtime victory over the Georgetown Hoyas on Jan. 7 in Washington, D.C.

With under one minute left to play in regulation, the Bulldogs trailed by three points, and their offense was struggling to score down the stretch. But after a pick and pop play, Nate Fowler found himself open from behind the three point line and swished a three pointer to tie the game. Fowler then knocked down two clutch free throws with eight seconds left to send the game into overtime.

Once in overtime, Butler put together a few key defensive stops and sank their free throws to escape with a win.

TIE GAME! Nate Fowler 3-BALL for No.18 @ButlerMBB to tie Georgetown with under a minute to go. #BIGEAST https://t.co/98d7uTtzOf

For the Hoyas, L.J. Peak and Jagan Mosely led their offensive attack. Peak scored a game high 21 points and Mosely was close behind with 20 points of his own.

Out rebounding Georgetown 42 to 36 and shooting 50% (10-of-20) from three point range were two key factors that allowed Butler to beat a team who was desperate for a win.

Butler will put its three game winning streak on the line in Omaha, NE, against the No. 10 Creighton Bluejays on Jan. 11.

The Freshman Kamar Baldwin slicing and dicing into the lane for @ButlerMBB. He has 12 pic.twitter.com/MvL05R12fO