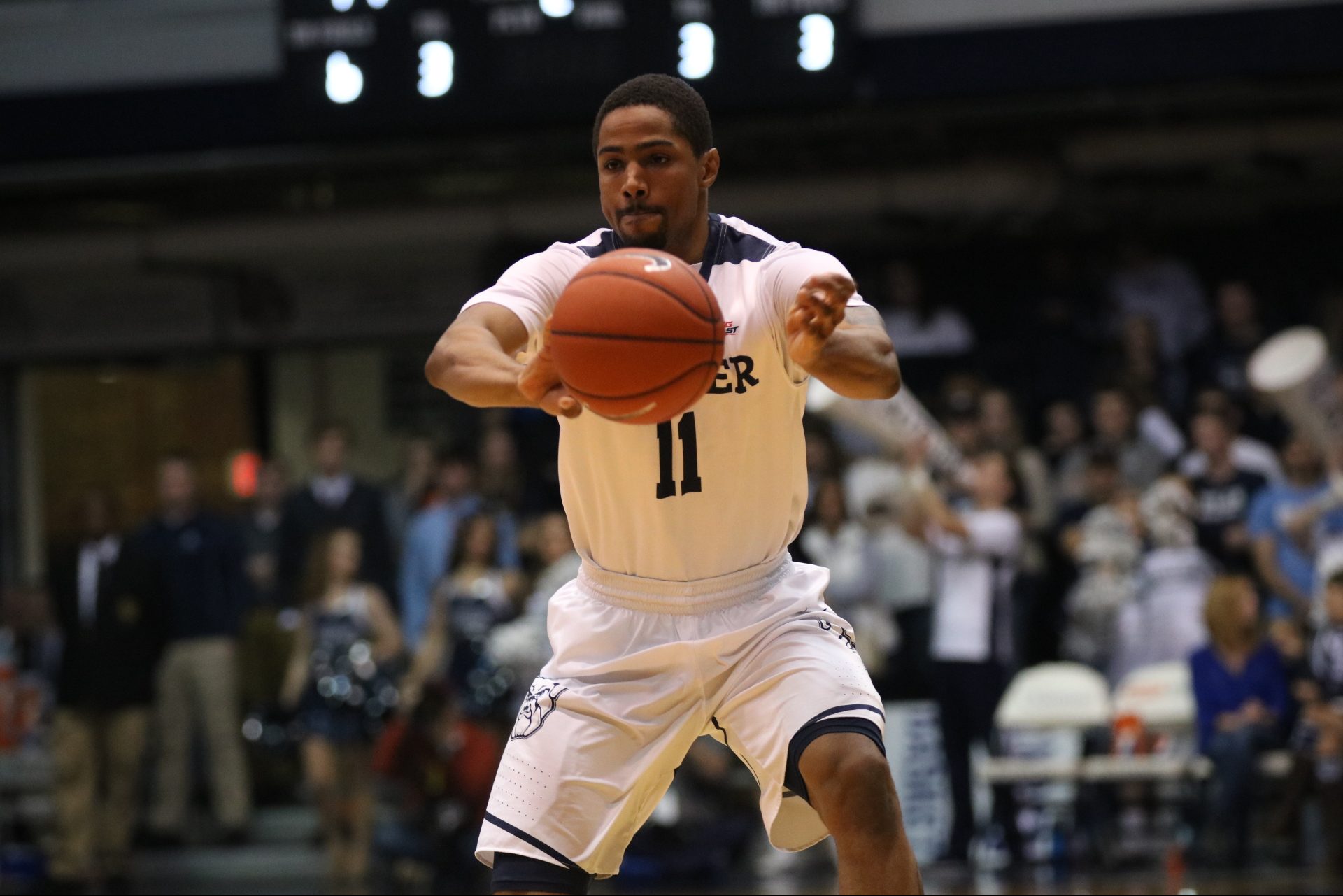 Kethan Savage fires a pass to a teammate earlier in the season at Hinkle Fieldhouse. Collegian file photo.

The No. 12 Butler University men’s basketball team took a 75-64 beating from the No. 8 Creighton Bluejays at the CenturyLink Center Omaha in Omaha, NE on Jan. 11.

A Nate Fowler layup knotted the game at 7-7 with just over 15 minutes left in the first half. From that point, the game belonged to Creighton. Just three minutes later, the Bluejays grew their lead to 10 points and jogged to their locker room at the half ahead 47-27.

Head coach Chris Holtmann shook things up by selecting the unusual line up of Tyler Lewis, Kamar Baldwin, Henry Baddley, Andrew Chrabascz and Fowler to start the second half of play.

“We have a lot of work ahead of us,” Holtmann said via butlersports.com after the game. “Right now, we’re just not good enough to take on a team like this, especially on the road. The first half showed that.”

Whenever Butler (14-3, 3-2 Big East) put together a string of solid offensive possessions, they failed to stop the Bluejays from scoring. The Bulldogs were never able to mount a serious comeback in the second half because they merely traded baskets as opposed to getting continuous defensive stops.

Marcus Foster is too strong!

Creighton’s (16-1, 4-1 Big East) offensive attack was led by Maurice Watson Jr., who scored 21 points, dished out seven assists but also turned the ball over eight times. Khyri Thomas secured a double double with 14 points and 12 rebounds (six offensive boards). Rounding out the attack was Justin Patton and Cole Huff; they each ended with 10 points.

Avery Woodson was the only Bulldog to reach double figurers in scoring on the night as he finished with 14 points (4-of-8 from three point range). Butler’s leading scorer, Kelan Martin, had a tough outing. He finished 3-of-14 from the field, in fact he was 0-of-8 after the first half, and finished with seven points.

Butler will look to rebound from this loss when they face the No. 15 Xavier Musketeers on Jan. 14 in Hinkle Fieldhouse at 2 p.m. For those not attending the game, it will be aired on FS1.