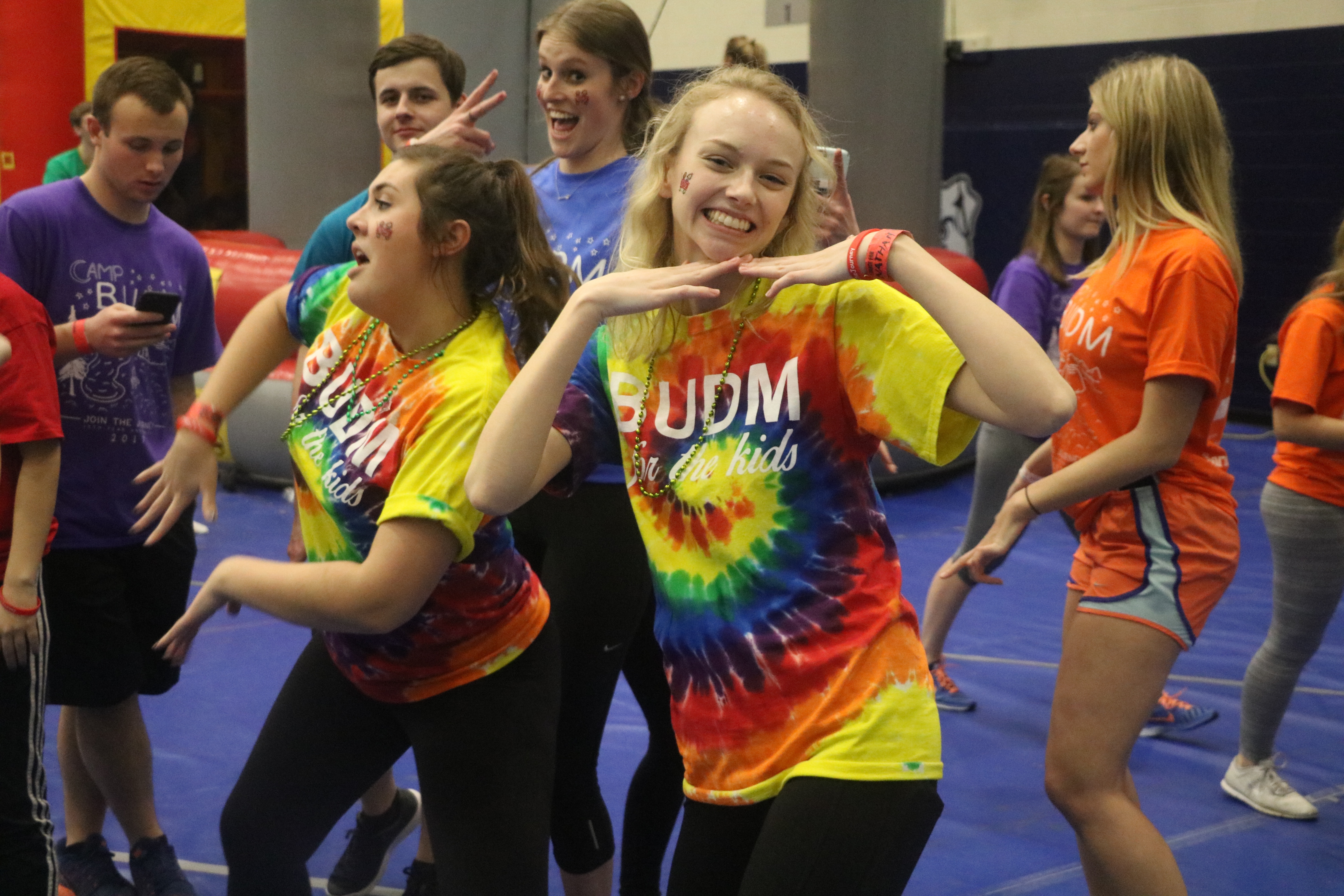 Participants dance at the dance marathon on Jan. 21. Photo by Jimmy Lafakis.

Butler University held its annual dance marathon on Jan. 21 in the Health and Recreation Complex and made history by raising over $400,000.

The marathon is dedicated to Sarah Michelle Cohen, a former president’s sister who passed away before she could attend Butler, according to the BUDM site.

The dance marathon started at 12 p.m. and went until 12 a.m. the following day.

President of Finance, Eric Mannell, is a senior at Butler and has a double major in marketing and finance. He said the dance marathon is a year-long endeavor.

“Some people might think today is the only day we make all our money, but really we’ve been working yearlong doing fundraising for this event.” Mannell said.

This year is Butler’s 15th time participating in dance marathon for the kids, and Mannell said it has been a long time coming.

“Our marathon is not only dedicated to the kids at the hospital, but also to Sarah Michelle Cohen,” Mannell said. “We have a candle that’s lit that whole day in dedication to her.”

Mannell explained why he thinks dancing for the kids is so important.

“We’re lucky to even receive a higher education,” Mannell said. “Our minds get blurred trying to do everything we are trying to do, and, when you think about that, those kids didn’t ask to be in that situation. I think it’s my understanding that, because we are able, we have to give back to the people that are unable and donate our time.”

Mackenzie Harrison is a first-year pharmacy major, who was on the Special Events Committee for the marathon.

There were many activities that went on during the marathon such as learning a dance, playing large-scale Jenga, going to a fake jail, a bounce-house, a 45-minute rave, and a hypnotist.

The fake jail area was a place where the Riley kids could send people if they were sitting down, because the point of the marathon was to remain standing and dancing for the kids for 12 hours straight. They then had to pay money to get out of jail.

Participating was really special for Harrison as she receives help from Riley to this day.

“I’m a Riley kid and I still go to the hospital,” Harrison said. “I’ve been there and I know how impactful it is. I know there are a lot of kids who would want to be here, but can’t, and I want to do my part and give back to the organization that gave back so much to me.”

Dishman, a first-year psychology major, was on the Marketing and Technologies Committee.

Her team made a lot of the infographics that were shared on social media and also did some of the filming and photographing of the event.

Dishman describes the tense atmosphere of the room when the final amount raised was announced.

“It’s always like so quiet because everyone is tired and ready to see how our hard work paid off, and it’s really exciting,” Dishman said. “It was like you could hear a pin drop and everyone is anticipating and waiting. Then, the last number is revealed. Everyone gets so electric. There’s no other way to put it.”