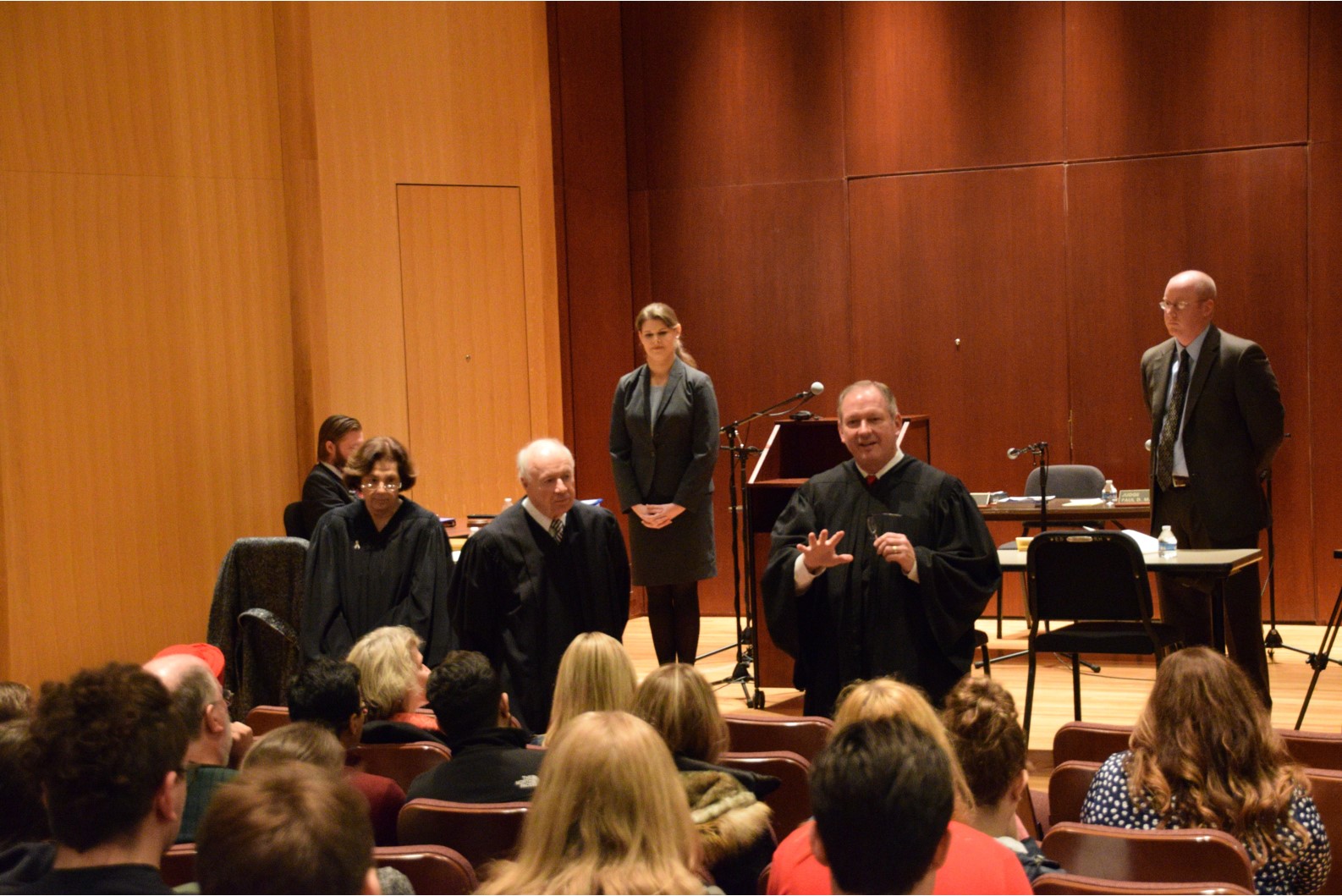 On Jan. 24, the Indiana Court of Appeals visited Butler to host an ongoing appellate case for the students and staff to observe.

Judges James S. Kirsch, Paul D. Mathias, and Margaret G. Robb heard arguments from the case Otis Sams, Jr. v. the State of Indiana. The case originated in Greencastle, Indiana, when a truck driven by Otis Sams was pulled over for driving without taillights. The police learned the car did not belong to Sams and that he was driving with a suspended license. The truck was towed away to be impounded.

When it was checked for any personal belongings, an empty McDonald’s container was found holding 25 grams of methamphetamine. Sams argues the search of his vehicle violated his Fourth Amendment rights.

Sams was charged with a Class 4 felony possession of methamphetamine. The punishment for this is up to 12 years in prison and a fine up to $10,000. Sams and his lawyer, Joel Wieneke, contends that the police had no right to look inside a bag that clearly looked like trash.

“How would anyone know the contents of the container if it wasn’t open?” Judge Kirsch asked at one point in the hearing. “Well, they wouldn’t know,” Wieneke replied.

The audience remained engaged throughout the case. Wieneke drew a laugh when  describing how he sometimes used fast food bags as trash bags and paralleling that to how the police thought Sams’ McDonald’s bag was suspicious.

“It makes me wonder how much of my other behavior I think is innocuous is actually suspicious,” he said.

The state’s case, argued by Lyubov Gore, focused on the idea that the police needed to search everything to make sure there weren’t any personal belongings or anything dangerous in the car.

At the end of the hearing, the judges stayed behind to answer some questions from the crowd. Kirsch, a Butler alum, thanked the school for hosting the event.