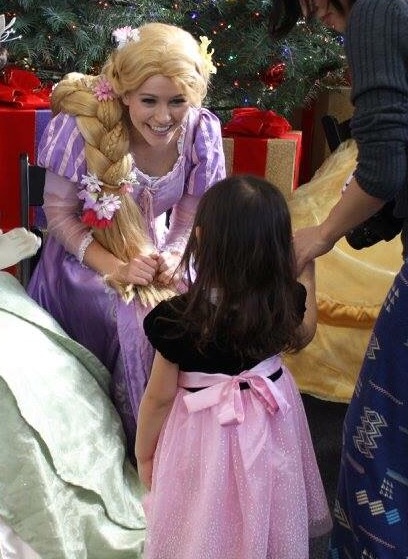 Mia Kaehler, junior physician assistant major, discusses her job as a Disney princess for Happily Ever After Productions.

The Butler Collegian: What does your job as a Disney Princess entail?

Mia Kaehler: We go to different events. For birthday parties, we’ll show up and tell the story of the princess. We follow a script and integrate the songs as kind of a mini-musical. We have an assistant come with us and they start the music, so the little kids never know where the music is coming from. Then we do a princess lesson. We teach them how to smile, wave and curtsy like a princess. For most parties, we just hang out with the little kids. We play games with them, and they want to show us everything, especially their pets. They love showing us their pets. We do a special cake-cutting ceremony and then sing a goodbye song. We also do meet-and-greet events. I did a meet and greet at a Chick-fil-A one time for a daddy-daughter date night. Chick-fil-A actually rented a horse and carriage, so I got to ride up in a carriage as Cinderella, which was really cool. In November, we did a Christmas Gift & Hobby Show at the state fair. That [event] was a six-princess stage show, so we all told our stories and sang the songs together and then did meet and greets after that, where the little kids came up to say “hi” and take pictures with us.

TBC: What led you to this job? How did you find it?

MK: I’ve been a Disney fan since I was a little kid. I had looked into going to Disney World in Florida to be a princess, but I never really wanted to move to Florida for a whole summer. There was a girl from my high school who I followed on Instagram and she was a princess for a different company, but they had a height requirement which I did not meet, so I looked around. I’m only 5’ 3”, and they needed 5’ 4” because they do mascots, so you have to fit into those costumes. I looked around for princess companies and I found this one. They didn’t have a height requirement, so I sent them a headshot and a video of me singing, interviewed and tried on the costumes. I kind of stumbled upon it.

TBC: What is your favorite part about the job?

MK: I have so many favorite parts because I’m a Disney fan. I love wearing the costumes. We get to wear these giant hoop skirts and really cool wigs. Just dressing up as the different characters is so much fun. I love going to the parties because if I were a little kid, I would have wanted the parties that we do because they are so much fun. One of my other favorite parts is that we will do videos for kids going to Disney World. My second cousin was going to Disney World for the first time in December, so we got all of the girls to get in costume and made a little video for her saying, “We are so excited to see you in Disney World in December.” We sent that to my cousin. She showed it to her daughter and filmed her response. Her daughter said, “They want to see me?” She was so excited and, when she got to Disney world, she ran up to Rapunzel — who I had been playing — and said “I’m so happy to see you now.” Just doing little things like that is really fun.

TBC: Has this job helped you as a physician assistant major, in terms of working with the kids and their parents?

MK: Yes. Right now, I’m thinking of specializing in pediatrics, so it’s nice to learn how to get kids to be a little more comfortable. Sometimes, when I show up as their favorite princess, they’re kind of nervous because they’re thinking, “Oh my gosh, [she is] real.” You just kind of have to work on getting them to be comfortable, trust you and get them to open up and act silly at their own party. It’s fun to interact with the kids and interact with the parents. We have to stay in character with the parents, so if they ask us what our names are we say, “Oh, I’m Cinderella.” We call them “your majesty,” and they love it, so we get the parents involved in the whole party too, which is really fun.