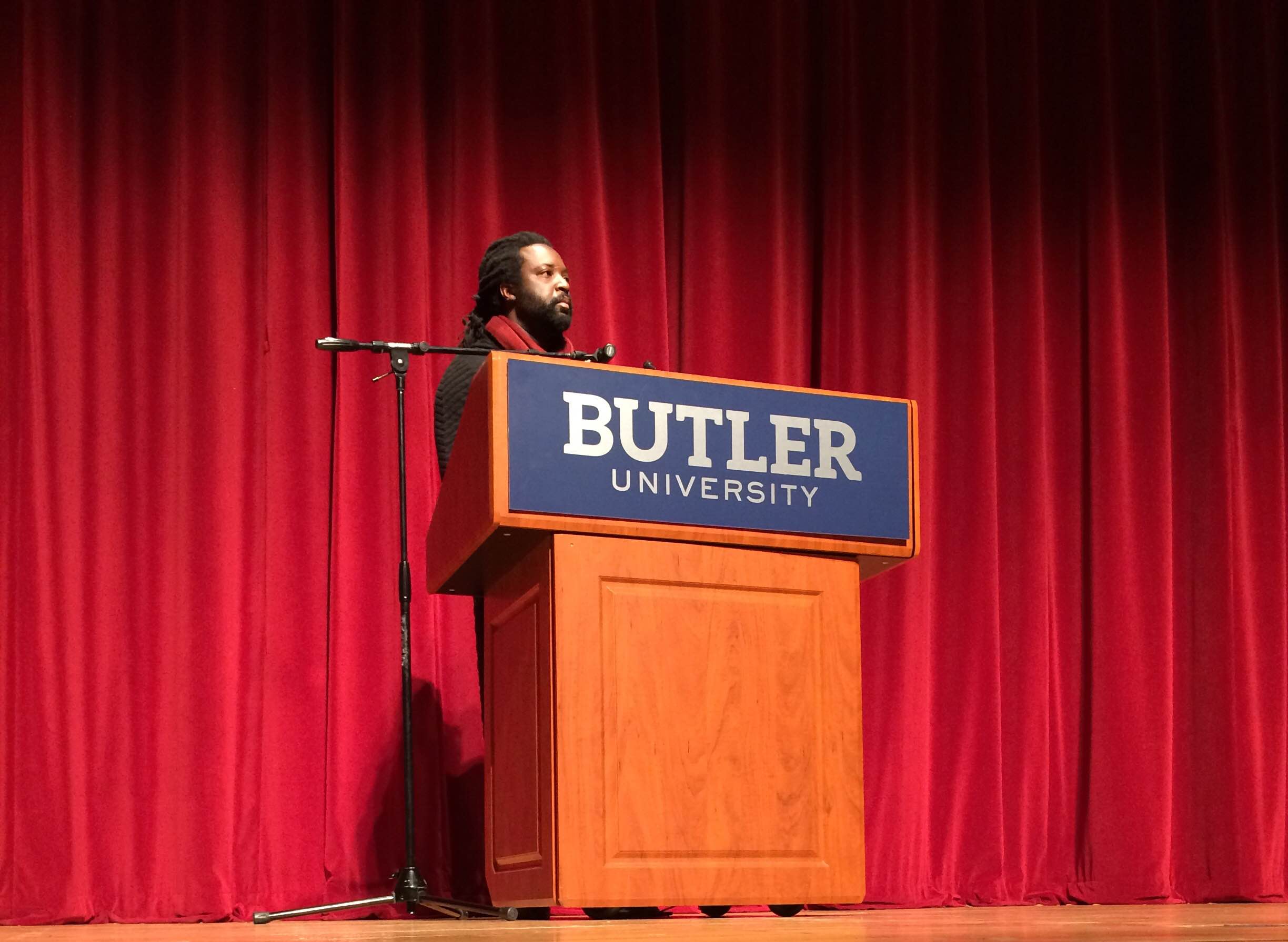 The event was part of the Vivian S. Delbrook Visiting Writers Series.

James grew up in Portmore, Jamaica. He migrated to the United States, and now resides in St. Paul, Minnesota, where he lives and teaches English and creative writing at Macalester College.

First year A.J. Moore introduced the author to the stage. Her excitement over the author was evident in the way she spoke about his work.

“Good books have pulled me in before, but ‘The Book of Night Women’ changed that for me,” Moore said. “It allowed me to see femininity as a superpower.”

“The Book of Night Women” is a story of Lilith, a teenage slave girl with bright green eyes who works on a sugarcane plantation in eighteenth-century Jamaica. Lilith’s mother, a young slave just like her, died in childbirth, and her father is a white plantation owner.

“Something that I thought was beautiful about the book was that it was written in the Jamaican patois,” Moore said.

Patois is the dialect of a particular region. The book addresses themes such as racism, feminism and adolescence. The vulgarity and profanity of the novel make it difficult for some to read.

“To hold back on the graphic part just wouldn’t do the topic justice,” first-year Eric White said.

White is currently taking a First Year Seminar focused on the Visiting Writers Series. His class read James’s novel, “The Book of Night Women” to prepare for the author’s visit to campus.

James did not read any passages from the 2009 novel, but he read three passages from his most recent book, “A Brief History of Seven Killings,” and one excerpt from his upcoming novel, “Black Leopard, Red Wolf.”

His most recent novel touches on the attempted assassination of Bob Marley in Jamaica in 1976.

The 2015 Man Booker Prize winner described his research process that led up to writing “Seven Killings” as “really, really eye-opening.” He said he researches the history of his topic for two years before actually beginning to write.

“Very few people are as passionate about their work as artists are,” Susan Neville, English department and Visiting Writers Series FYS professor, said.

James explained the new book includes elements of fantasy and magic, but also the history and culture that is evident in his other work.

“As long as you write with humanity, you can write about anything,” James said.

The next Visiting Writers Series event will be on Feb. 20 with novelist Emily St. John Mandel.