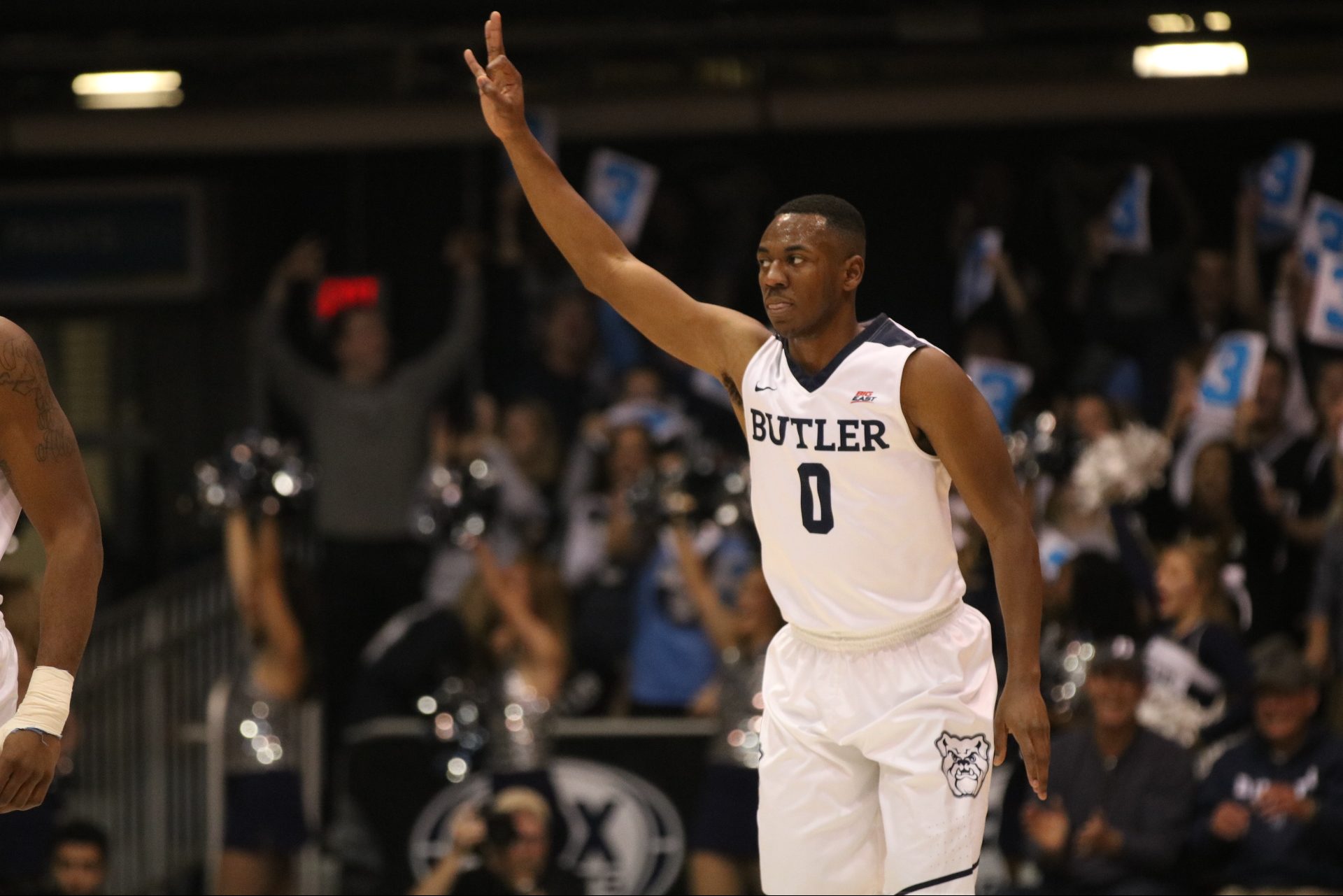 Avery Woodson throws up three fingers to celebrate a made three pointer in a game earlier this year. Collegian file photo.

The No. 13 Butler University men’s basketball team lost 76-73 on Dec. 29 to the St. John’s Red Storm in Carnesecca Arena to start Big East play. The Bulldogs have yet to win their Big East opener since they joined the league (0-4).

Butler (11-2, 0-1 Big East) led the Red Storm for the majority of the second half and pulled away by 10 points with just over ten minutes to play after Avery Woodson made a three pointer. However, St. John’s (7-7, 1-0 Big East) hit big shots, sank their free throws and out hustled the Bulldogs when it mattered most to win the game.

Freshman guard Shamorie Ponds paced all scorers with 26 points while Bashir Ahmed poured in 19 points for the Red Storm. Ponds also led his team in rebounding with seven boards.

Tyler Wideman netted a career-high 20 points and grabbed nine rebounds for Butler and was a dominant force in the paint. Kelan Martin also had nine rebounds on the night and scored 13 points. Woodson and Kethan Savage each had 10 points. Andrew Chrabascz helped facilitate the offensive attack by dishing out a team high four assists.

Both teams managed to grab a total of 31 rebounds. Although St. John’s (16) turned the ball over three more times than Butler (13), it was a steal from a casual hand off pass from Savage that allowed the Red Storm to get a breakaway dunk which tied the game at 69-69 with 1:34 left.

St. John’s made clutch free throws in the last minute of play, and the Bulldogs missed a normal three point shot and half court shot that would have tied the game.

Butler’s next game will be against the Providence Friars on Jan. 1 at 3 p.m. in Hinkle Fieldhouse. The Bulldogs experienced a scare on their flight home from New York.