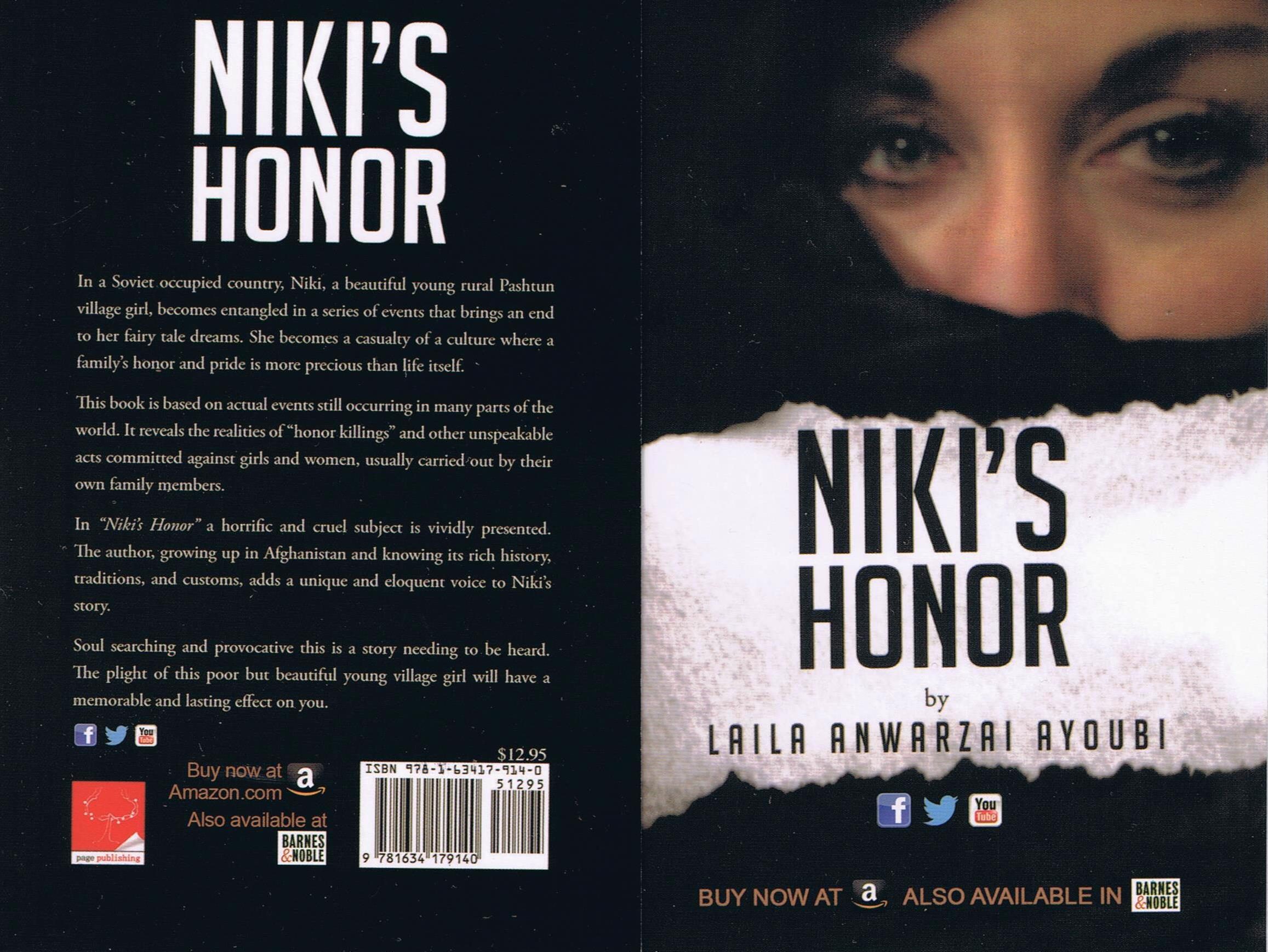 After one of Ayoubi’s past students sparked an interest in the impact of honor killing, she began her journey toward publishing the book. Honor killings involve the murder of a family member for dishonor upon the family. Refusal to enter an arranged marriage or violation of religion are common reasons.

Ayoubi wondered about the issue’s local and international impact and began her travel to Afghanistan for more information. She learned honor killing is about more than dying: it is about women trying to obtain privileges and honor for others, especially family members.

Ayoubi grew up in Afghanistan and used her knowledge of its rich history, traditions and customs to give Niki a unique and eloquent voice. Ayoubi grew up and interacted with Afghan women, which gave her the ability to portray Niki in a relatable manner.

“This book is based on true stories, and its message is the need for all people to be kind to their daughters, wives, sisters and to all other girls and women,” Ayoubi said.

Ayoubi strives to evoke emotions, educate and encourage Butler students to learn more about abuse and impacts of honor killings. The acts committed against women can go unnoticed by college students who are not personally affected.

Some people view family, personal honor and pride as more precious than life itself. She compares this idea to local, relatable examples of placing pressure on oneself to reach perfection, relationship and verbal abuse to achieve prideful satisfaction, and deadly killings done in hopes to resolve personal problems.

Ayoubi’s novel received five out of five stars on Amazon’s customer reviews. Ayoubi said she feels honored and appreciates readers’ willingness to gain awareness on a topic dear to her heart.

Photo of Dr. Ayoubi Courtesy of her

She credits her father, Gen. Mohammad Asef Anwarzai, for teaching her family the importance of equality. He raised her with respect and love, which encouraged her to treat others with a similar mentality. Her father influenced her to believe that privileges, rights and responsibilities should be granted to everyone, regardless of gender.

Every woman has an honor to devote her time to, but it can be ruthlessly taken away with the decision to commit honor killing.

“Niki’s Honor” will continue to highlight the brutal impacts of honor killing and how women’s rights and privileges deserve to be granted without risking death.