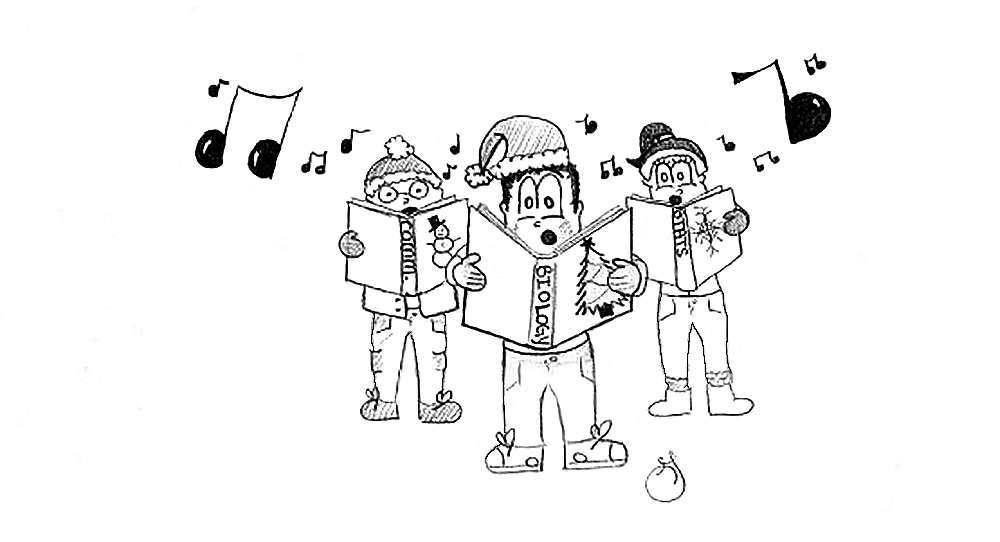 Otherwise known by the its first line “Chestnuts Roasting on an Open Fire,” this classic carol would obviously be an English major. Not only do the lyrics conjure up warm, fuzzy images of happy families drinking hot cocoa, the personification in the line “Jack Frost nipping at your nose” should seal the deal.

A concise headline?  A list of facts about what the big man in red is actually going to do in town?  This song is a journalism major.  With its simple sentences and natural rhythm, this carol is ready for a career as a big city journalist — if only it could eliminate those pesky “be” verbs from the lyrics.

You can find this music major setting up shop in one of the Lilly Hall practice rooms. With an already impressive resume — I mean, the little drummer boy did get to play for baby Jesus — this song would have no problem fitting in with the rest of the busy and talented music students at Butler.

Armed with three different pairs of pointe shoes, a foam roller and a tall bottle of Smartwater, this song all but lives in a dance studio. Known for its perfect posture, amazing calves and great hair, this carol is always up for either a dance party or a Netflix marathon.

I’ll Be Home For Christmas – Pharmacy

This melancholy carol is a pharmacy major. Between time spent in classes, labs and the library, this song barely has time to eat, let alone do Christmas shopping. Its six years at Butler leaves its friends and family wondering if it actually ever will be home for Christmas.

Bribing Santa to “slip a sable under the tree” because she’s been a good girl?  Sounds like a politician if I have ever heard one. Not only does this political science major know how to get what it wants, it knows how to do it in such a way that no one even suspects it could be shady.

While there are only about ten different words in this entire song — and two of them are “hot” and “chocolate” — that does not stop this tune from getting stuck in your head. As a Strat Comm and marketing major, this song delivers a catchy and aesthetically pleasing advertisement and totally sells the idea of a steaming cup of cocoa.

So shuffle that Spotify playlist or turn up the radio.  Christmas carols are never hard to find, especially during this time of year.  Next time you flip on a movie, pay attention to the lyrics of your favorite holiday song.  You might be surprised with what you discover.