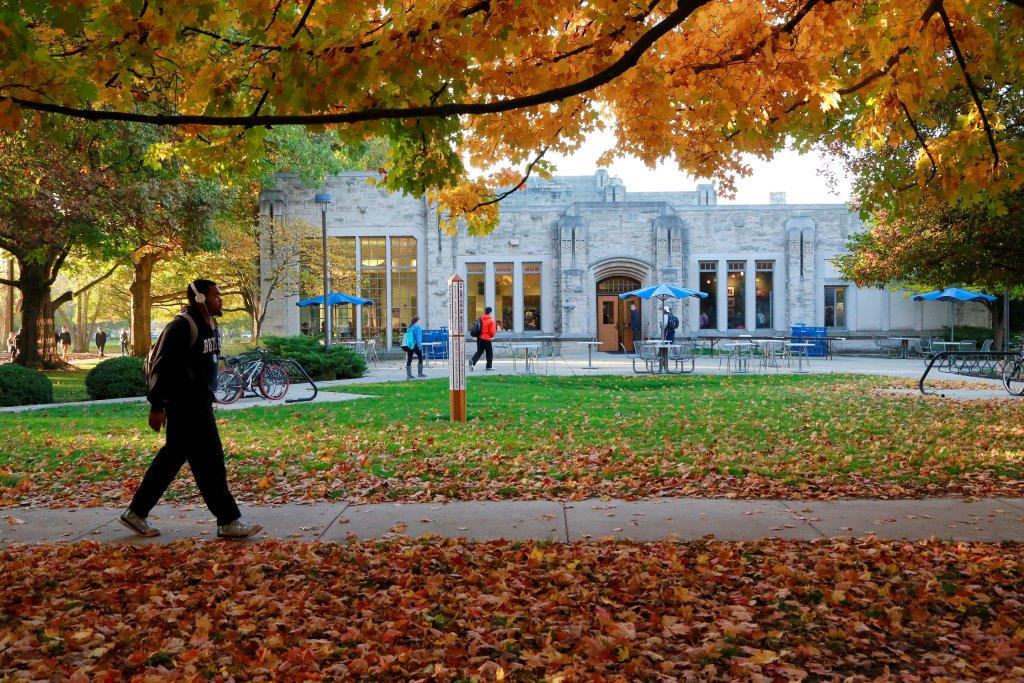 The Free Application for Federal Student Aid was simplified to make the financial process easier and earlier for students.

“These changes should make the FAFSA easier for families,” Melissa Smurdon, Butler financial aid director, said. “Getting the tax information in should be way less cumbersome, which should help people fill it out.”

The FAFSA for the 2017-18 academic year was available this year on Oct. 1, which means prospective and current students have already turned their information in to the university.

Prior-prior year means students will use tax information from two years before the academic year they are submitting for. For example, when filling out the 2017-18 FAFSA, students will use 2015’s tax data. But if a family’s income or tax data changes drastically from one year to another, such as a parent losing their job, a student can contact financial aid to talk over the change in circumstance.

“You can pull [the tax data] directly from the [Internal Revenue Service], so that simplifies the whole process,” Smurdon said.

First year Isabella Liu has negative memories of filling out the FAFSA with her parents.

“The FAFSA was very tedious on my part and my parents’ part,” she said. “I received an academic scholarship instead of federal aid, so it did not seem worth it for me.”

However, Butler students still have to fill out the form because the university uses it to grant all aid. More than 90 percent of Bulldogs receive some sort of aid.

Liu said the prior-prior year change sounds like the one that will impact students the most.

Students and their families will no longer have to go back to the form and update the data when their taxes are verified by the IRS, which means the application can be completely finished in one sitting.

“Having to wait and figure it all out was the worst part,” Liu said. “All the tax returns and stuff was difficult. Plus, it was all rushed, so these changes sound like they’ll really help.”

Smurdon said the changes move Butler’s normal timeline earlier, but she knows more changes will happen as they adjust to the new process.

“We are experiencing a higher number of applications, which we expect comes from the push with the FAFSA,” she said. “But this year is going to be less impactful than where it goes from here.”

Butler received more FAFSAs in the first two months than they ever have in the past.

“FAFSAs usually come in slower because people are waiting on tax forms and now that is gone,” Smurdon said. “So, this is a big deal.”

“We don’t know if students will make their decisions sooner,” she said. “They could get our financial aid package in maybe December, but they could wait to hear from another school until March or April. I think people might be comfortable enough to make a decision earlier.”

Smurdon said her counterparts at Indiana University and Purdue University have not changed their timeline, which means incoming students will hear from Butler months before the public institutions.

“Last we’ve talked to them, the same is what I heard,” she said. “But they could change that at any time if they wanted to.”

Liu said if she were a prospective student again, finding out earlier would help her make a decision.

“It will be nice for [prospective students] to have it all laid out on the table,” she said. “It will definitely be a more convenient way to make a decision about college. For those people who will really depend on federal aid and other scholarships, this will definitely affect what college they go to.”

If you can hold off on streaming that show you love for 30 minutes, you can knock out the FAFSA fast. pic.twitter.com/ZDfXRLaXjx

Current students will not notice much of a change in when they receive financial aid packages, because the university needs to look at their completed spring semester grades, Smurdon said.

She also said everything has gone smoothly so far.

“Honestly, the cooperation with the U.S. Department of Education being prepared has gone really well,” Smurdon said. “They did a good job getting ready fast.”

The federal education department made other changes to financial aid under the Obama administration, including eliminating questions that were irrelevant to families and electronically retrieving data to streamline to process.

“Applying for financial aid has been so cumbersome and poorly timed that many students don’t bother. Each year about 2 million students who would have qualified for federal Pell Grants don’t apply,” former U.S. Education Secretary Arne Duncan said, according to a Post-Gazette article. “The fact that the financial aid form was a barrier to go to college was absolutely insane.”

The most recent changes to the FAFSA were unveiled at the same time as the College Scorecard.

“You can scroll through that information and use it to make choices that are good for your future and good for your budget,” Obama said at a town hall event in Iowa in 2015.

Many organizations support the changes, such as the company that hosts the SAT exam and Advanced Placements exams.

“The College Board supports the simplification of the financial aid process as a means to reducing barriers to college,” the testing organization released in a statement. “We are committed to supporting institutions as they make this transition.”

The deadline for Indiana students to complete the FAFSA is still March 10. The national decision day to secure enrollment also remains on May 1.