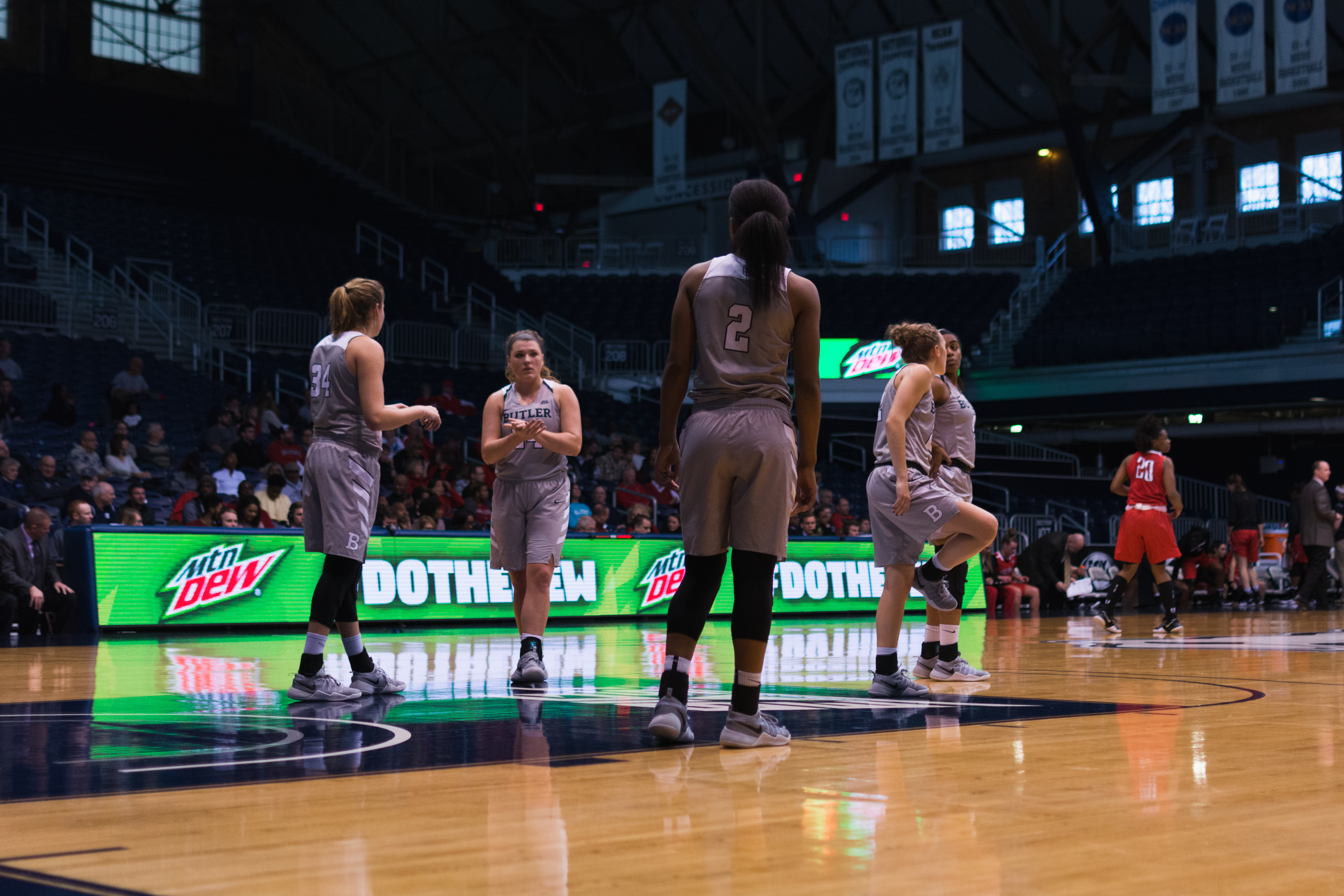 The women’s basketball team waits for the opposing team to bring the ball down the court. Photo by Adam Cvik.

The Bulldogs defense held the Sycamores to a scoreless start in the first six minutes and 50 seconds of the match. The lopsided start awarded the home team a 16-point lead going into the second quarter.

Sophomore Tori Schickel led her team offensively and defensively, accumulating 16 points and eight rebounds in 32 minutes of play. Guard Kristen Spolyar  added 14 points. Taylor Buford was on a hot scoring streak, shooting 5-for-6 from the field and 2-for-2 from behind the 3-point arc.

As a team, Butler made 50 percent of their 3-pointers, a season best. The Bulldogs shot 47 percent from the field compared to Indiana State’s 25 percent.

The Sycamores’ offense picked up in the second half, outscoring the Bulldogs in both quarters, but they were unable to take the lead. Defensively, Butler outrebounded their opponent 42-36.

The team will travel to the University of Wisconsin-Green Bay on Dec. 20 for a 7 p.m. tipoff.