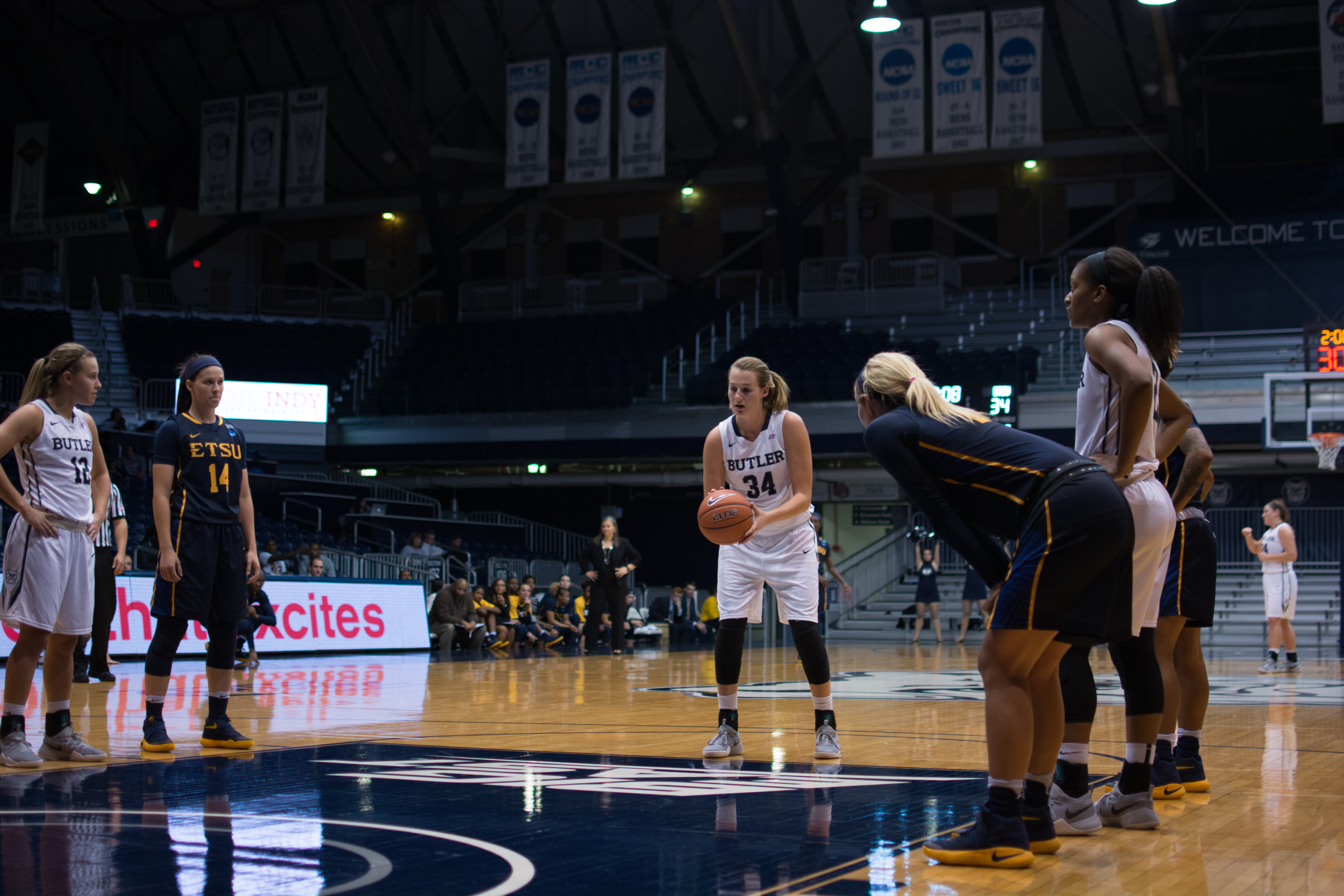 The Butler University women’s basketball team (2-4) lost their second away game of the season 47-73, to Texas Christian University (5-1) on Nov. 30.

The Horned Frogs are undefeated at home this season. This was the second meeting between the two teams, after a triple-double from senior Belle Obert helped Butler defeat TCU 65-53 last year.

This time around, the Bulldogs hit a roadblock in the fourth quarter. After scoring 13 points in each of the previous quarters, Butler scored just eight points in the final 10 minutes.

Going into the fourth quarter, TCU held a six point advantage. The team extended their lead with 28 points, going on a 15-2 run to seal the win.

Butler trails TCU 29-26 at the half. BU recorded 10 steals in the first half, five players recorded two each pic.twitter.com/FjrnSRF0TM

Butler struggled to find their stride offensively, shooting 29% from the field, their lowest percentage of the season. From the three-point range, the women were 4-17.

TCU had a 43% shooting percentage for the afternoon, and shot 11-23 behind the three-point arc.

Sophomore Tori Schickel led the Bulldogs on offensive and defensive fronts, scoring 12 points and pulling down 15 rebounds. The forward’s 9.8 rebounds per game rank second in the Big East.

Tori Schickel comes alive during the 3Q with 10 points

Freshman Kristen Spolyar chipped in 11 points for the afternoon and finished with six rebounds.

The Bulldogs return to Hinkle Fieldhouse for a non-conference match against the University of South Florida on Dec. 2 at 7 p.m. The team faces Ball State University on Dec. 4 at 1 p.m. to conclude the weekend.