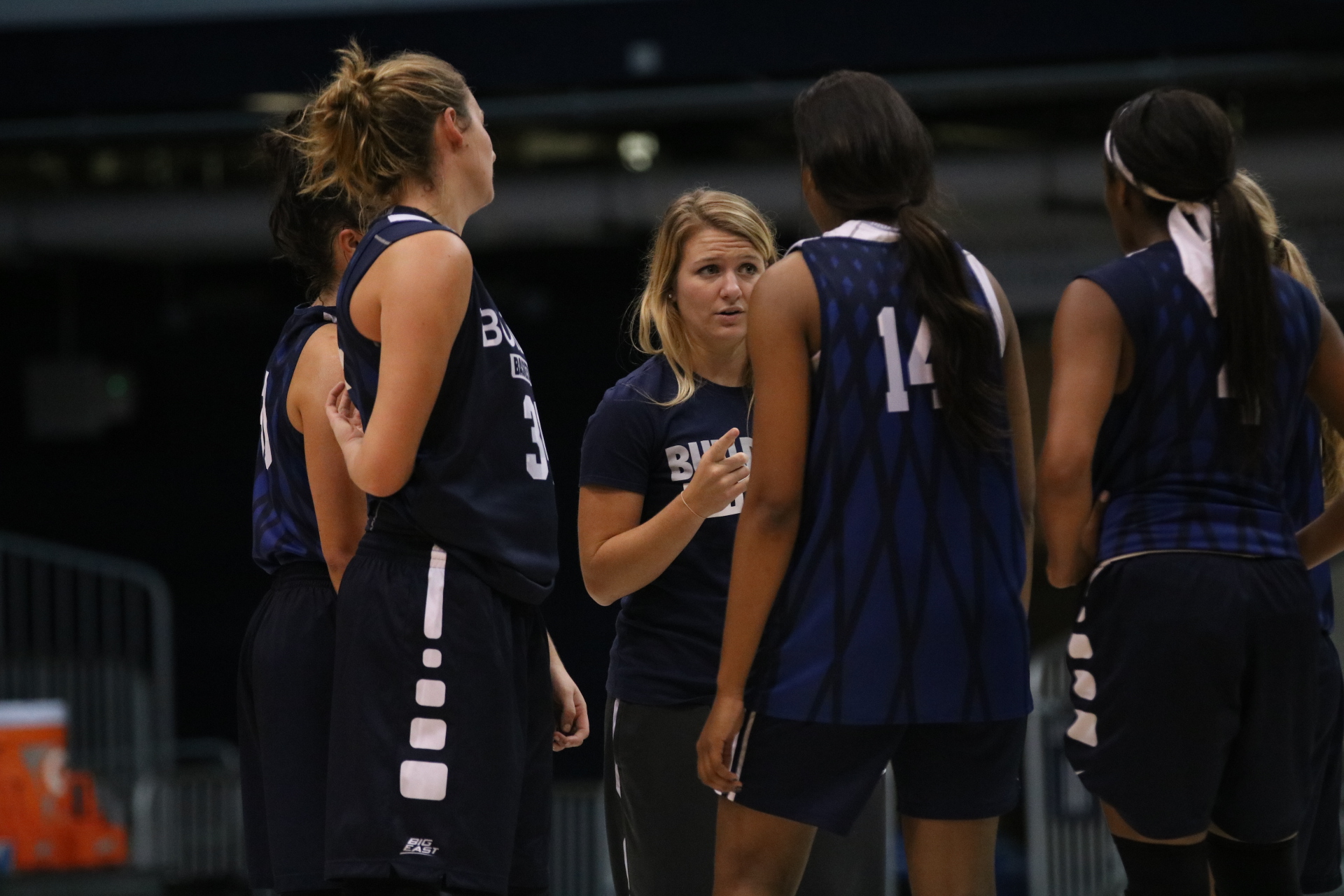 In the offseason, the Butler University women’s basketball team added three new faces — one to the coaching staff and two transfers — in addition to the promotion of a familiar face to a new role.

On the sidelines, Natalie Morse finds herself in her third year with Butler women’s basketball. Morse played at Hanover College and then furthered her career in the British Basketball League as a member of the Durham Wildcats.

However, for the past two years, she served as director of basketball operations. In June, head coach Kurt Godlevske promoted Morse to assistant coach and recruitment coordinator.

“I learned a lot as director of basketball operations,” Morse said. “It’s really been a benefit knowing what all the roles do.”

Morse finds herself spending a majority of her time with prospective high school students in her role as recruitment coordinator.

“In practice, I coach effort,” Morse said. “I spend about 10 percent of the time coaching and 90 percent recruiting.”

Like Morse, Daress McClung is no stranger to Butler women’s basketball. McClung graduated from Butler in 2014 and played for the Bulldogs from 2012-14. She began her collegiate career at the University of Cincinnati, but transferred her junior year.

As director of basketball operations, McClung is responsible for coordinating a multitude of areas. She serves as the liaison between the team, hotels and restaurants. She also schedules visiting practices, community service projects, meals and events.

“As a player, you don’t realize what goes on behind the scenes,” McClung said. “My life does revolve around the team and the needs of the girls.”

Along with additions to the coaching staff, juniors Whitney Jennings and Kaela Hodges are new faces on the court for Butler basketball.

She played her first two collegiate years at the University of Iowa. The decision to leave the Hawkeyes and join the Bulldogs occurred at the conclusion of last season.

“I really just wanted to be closer to home,” Jennings said. “Indiana has such a rich basketball history.”

However, because Jennings transferred from Iowa, she is ineligible this season, due to the NCAA transfer rule.

Unlike Jennings, Hodges transferred from a junior college, meaning she is eligible to play this season. Also a junior, Hodges led Wabash Valley College in scoring last season averaging over 13 points a game.

“I’m finally getting a chance to play in the Big East,” Hodges said. “[It] attracted me because overall it’s an extremely competitive conference and is full of scholar athletes.”

Although eligible to play, Hodges did not dress in the victory over Hanover College on Sunday due to injury. Hodges sprained her groin over the summer and aggravated it three weeks ago, but has seen little progress. She has been limited to defensive drills, but hopes to make her way back into full practice soon.

Although they find themselves in new roles and places, McClung, Morse, Jennings and Hodges add years of experience to a growing women’s basketball program.